“The little lady won’t come anymore,” he said. “She grits her teeth and turns me loose for this one. And when I say ‘loose’ I do mean loose! I toss ten-dollar bills around like they were goin’ out of style! Horses, whiskey, women…shit, there’s women in this town that’ll do anything for money.”

— The Kentucky Derby is Decadent and Depraved, Hunter S. Thompson

I’ve always wanted to use the word ‘depraved’ at some point of time in writing about the Fords. ‘Depravity’ too would be good. In fact, hardly a mention of them might pass without some version of the word being highly appropriate.

I don’t believe I ever have used it however and the reason is simple. For me, the word is owned by Hunter S. Thompson. Any attempt to incorporate it in anything I wrote just seemed like a desperate scream for attention. Look at me! I’m all gonzo!

But frankly, I’m at a loss for a suitable replacement descriptor to attach to what’s been going on, especially recently.

How else do you depict the past week or so? I cannot get ‘a pit of depravity’ out of my head.

“Just money, women love money,” the mayor responded to the hosts of radio talk show ‘Sports Junkies’ who’d asked what he was getting his wife for Christmas. “And get perfume … you give them a couple thousand bucks and they’re happy. Get some treats on the side obviously for her but she says, ‘I want cash honey, I want cash’…Oh yeah, yeah, I get a basket and flowers and a little bit of this and that but at the end of the day, she wants her cash so I give her a nice cheque and we’re all happy.”

This coming just a day after the mayor issued a full retraction and abject apology to the Toronto Star’s Daniel Dale for suggesting Mr. Dale had crept around his backyard, taking pictures of his kids and generally doing what one of those guys there’s a word for does that is the most despicable thing you can really accuse someone of being.

And what? A month after his all he could eat statement?

Set aside, for the moment, the simple lack of social filter that inhibits most people from publicly uttering such depravities even if you do hold those thoughts in your depraved mind. 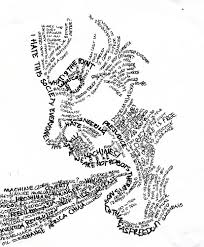 (Yes. I am all in with the word today). Know who you’re talking to, who may be listening to what you’re saying.

It’s about the absolute lack of any sort of moral compass that astounds me. Never mind Oakland, Gertrude Stein (h/t Jude MacDonald and Gord Perks). There is no there there in whatever spots of the brain and soul empathy and shame reside in the body of our Fords.

I get it. Politics is a blood sport. But in what nasty, unfortunately inhabited universe is it OK to imply that someone is a pedophile? Imply it on TV and stand by every word for a week before capitulating in the face of a libel lawsuit.

Who drags their spouse out into the spotlight in some vain attempt to cover the soiled tracks that lead to proof of their depraved behaviour?

At least Richard Nixon – depravity personified for Hunter Thompson – only subjected the family dog, Checkers, to such public humiliation.

It could be even more dispiriting than all that. Having wondered earlier at the mayor’s inability to gauge the audience he was talking to, what if, as someone stated earlier somewhere on the social media, the mayor knows exactly who he’s talking to, who’s listening to him? Is he digging down and firming up support with the percentage of us who operate with our worst instincts first? 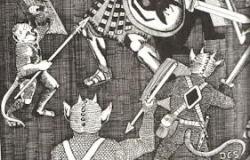 All the conscienceless among us whose only concern is with their own pocketbooks?

I, for one, don’t believe he’s that tactical. His brother either. Maybe back a bit, there were people around them that darkly calculating. Maybe some of that’s worn off but…

Very likely, what we’re witnessing is the massing of the truly depraved among us. Those hearing poetry in the words the mayor and his brother speak, the ones still hanging on, believing these two rich guys from Etobicoke are in their corner, looking out for them, representing them. They see nothing wrong with the things they say or do. Or maybe, they just believe it’s none of their business, it has nothing to do with the running of the business of the city.

But as Hunter S. Thompson wrote and may well have lived as an example of, you can’t be depraved in just some aspects of life. It’s bone deep, past that into the genes. You can’t compartmentalize depravity. 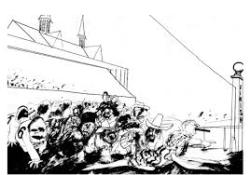 The hope is that we’ve kept it contained to a small, negligible segment of the population. One that can’t inflict much damage but serves as a helpful reminder of what can happen when we unhitch ourselves to the moorings of morality.

This entry was posted on Thursday, December 19th, 2013 at 2:52 pm and is filed under City Building, Municipal Politics, Newspapers, Press coverage, The Toronto Sun, Toronto Star. You can follow any responses to this entry through the RSS 2.0 feed. You can leave a response, or trackback from your own site.