A Tale Of 2 Community Councils

The downtown versus suburbs pissing match flared up again this week, ignited by the usual suspects, councillors Doug Ford and Giorgio Mammoliti, 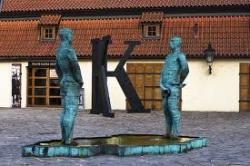 over the redevelopment of a northern portion of St. Lawrence Market.

“When it comes to the downtown part of the city, it freaks me out,” Councillor Mammoliti spouted, “it freaks me out that everybody can find money to be able to do these things when the rest of us are told no.”

“We’re going out and we’re spending (a) disproportionate amount of money downtown all the time,” Councillor Ford mouthed. “Etobicoke North we get crumbs,” the Toronto Sun’s Don Peat quotes the councillor saying, “people out in Scarborough get crumbs.”

It’s a very easy political fight to pick. All appearances would back the councillors’ claims up.

Attending the North York Community Council meeting yesterday, it was wrapped up before lunch. On its agenda were some 56 items, accompanied by about 10 deputations from the public.

This allowed for enough time to get back downtown to City Hall and take in the Toronto-East York Community Council meeting when it resumed after lunch. Its agenda included 128 items with over 20 deputations for one item alone. (For the record, the Scarborough Community Council meeting dealt with 37 items and the Etobicoke-York Community Council, which both councillors Ford and Mammoliti are part of, had 52 items before it.) If you’re counting along at home, the 3 suburban community councils had just 17 more items combined than their downtown counterpart.

Certainly the Toronto-East York Community Council represents significantly more of the city’s population than the other three, with just under 1/3 of the entire population of Toronto. And without question, it’s the area of town getting the lion’s share of the development, what with the business core within the boundaries while sitting on a good chunk of the waterfront.

This is where a majority of the action’s at, baby.

But that somehow this translates into receiving a disproportionate piece of the total budget pie? The claim never really comes with any concrete proof or reliable sources. It’s cache comes purely through the repetitive chant not any actual facts.

We’ve written a few times about the study commissioned back in the day by Councillor Norm Kelly, Fair Share Scarborough. Ostensibly it set out to see if Scarborough was getting its fair share of city services under amalgamation. Turns out there was no solid proof Scarborough was either getting ripped off or making out like bandits in the situation. A wash, let’s call it.

Nothing since that study has surfaced to prove otherwise.

Yet that doesn’t stop the likes of Doug Ford or Giorgio Mammoliti (Councillor Frances Nunziata is also a avid proponent of the divisive tactic) from trying to make political hay out of it.

Oh, but what about all that Section 37 money the downtown gets and the suburbs see nothing of? The slush fund. The dirty bribe money. 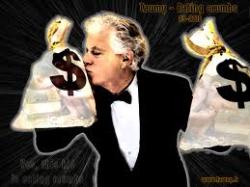 Why does it only go to the wards where the development is?

“Distribute the money equally to all the boroughs not just downtown all the time,” Councillor Ford demanded.

Fair’s fair, right? All for one and one for all, yeah? We’re all in this together.

Except for the development part of the equation.

Seems the likes of Councillor Ford is all for section 37 funds as long as the development that provides it goes elsewhere in the city.

Next time the councillor from Ward 2 Etobicoke whines about his share of section 37 funds ask him about Humbertown.

“We’re all in consensus, we’re going to kill this thing.”

So spoke Councillor Ford at a public meeting about a proposed development in his neck of the woods.

It seems that you can suck and blow at the same time. 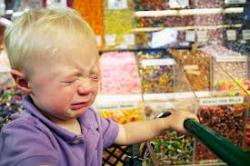 There are many residents of this city who can rightfully claim that they are being left out of the politics, the planning, the development of Toronto. Their claim is legitimate. But politicians like Doug Ford and Giorgio Mammoliti are simply piggybacking on that grievance, attempting to leverage it for political gain. They’re looking for others to do the heavy-lifting of governance and city-building while they just squawk away noisily in their little corners of the city.

This entry was posted on Wednesday, June 19th, 2013 at 9:54 am and is filed under Budget, City Building, City Council, Municipal Politics, Newspapers, Press coverage, The Globe and Mail, The Toronto Sun. You can follow any responses to this entry through the RSS 2.0 feed. You can leave a response, or trackback from your own site.

10 Responses to A Tale Of 2 Community Councils