Electoral Reform Gets All Tied Up at Government Management Committee

Those voting against reforming the way we go about casting our ballots municipally? Team Ford. Councillors Vincent Cristanti, Doug Ford and Giorgio Mammoliti, stood firmly in opposition to any change in the status quo, even going as far as putting up a motion to defer the item indefinitely. That salvo was fended off by the rest of the committee, consisting of Chair Paul Ainslie and councillors Mary Fragedakis and Pam McConnell.

At issue was a staff report that proposed four reforms of how we can and who can vote municipally. Any possible changes that might be enacted wouldn’t occur until the 2018 campaign at the mayoral level, 2022 council wide. Nothing too radical or too quickly. Plenty of time to ruminate and consider, and all for a good cause. The promotion of wider civic participation and engagement.

Much of the conversation and most of the deputations revolved around only one of the measures, to rank ballots or not. An alternate way to vote by ranking candidates in order of preference to ensure that the winning candidate gets at least 50%+1 of all votes cast.

It’s a pitched battle that has been going on for some time now, not only pitting those in favour of keeping our current First Past the Post system against those proposing the basic 1-2-3 alternate ballot but reformers at odds with each other, arguing the merits of the ranked ballot versus pure proportional representation. That fight is for another post altogether.

But I will say that those speaking under the banner (if not official endorsement) of Fair Vote Canada – the side of proportional representation and against ranked ballots – did themselves no favours. It’s one thing to speak out against a proposal and another thing entirely to positively offer up something in its place. They told the committee members a ranked ballot was not truly proportional and wouldn’t affect the election results all that much. What they didn’t tell us was how their Single Transferable Vote would work at the municipal level.

None seemed really all that familiar with the structure and workings of the local government in fact, intent to graft on an approach to voting much more conducive to a situation with a party system in place and multi-member representation. Not to say that PR and STV couldn’t work in Toronto. 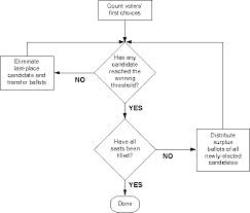 We just needed to be shown how.

We weren’t and in reality, the PR deputations seemed to scare off potential committee support from the likes of Councillor Ford to the idea of any sort of electoral reform whatsoever. Which, unfortunately, also threatened other equally important ideas in the item for ways to increase not only voter turnout but civic engagement overall. How our ballots were counted was only part of the solution put forward.

City staff proposed holding elections on one of the weekend days in order to free voters from having to sneak away from work to vote. Staff also suggested extending the right to vote over the internet for those with disabilities. Thirdly (and most importantly to my way of thinking) the report put forward the idea of allowing permanent residents living in Toronto the right to vote in municipal elections.

The chair of the Government Management Committee, Councillor Paul Ainslie, who has been indefatigable in his support of electoral reform, talked about how when he campaigns a solid majority of the residents in single-family dwellings are eligible to vote. The opposite is true when he knocks on doors in apartment buildings.

You want better election day turnout and more civic engagement? There’s no better place to start than extending the municipal franchise to those living in Toronto, paying taxes and using the city’s services.

As someone native born to this country, and with my Canadianness dating back a whole two generations now, I don’t feel particularly possessive of my right to vote here. It’s one aspect of citizenship, the cornerstone of it even. But I believe the exclusivity to it decreases as we move down the levels of government, from federal to provincial to municipal.

What I find especially egregious in the anti-permanent resident vote at the local level is that it’s perfectly fine for citizens to vote municipally in Toronto even if they don’t live here as long as they own or rent a property in the city. 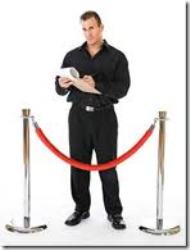 I get the reasoning. If you have some pecuniary interest in city business, you should have a say in how the city is run.

Why give that right to just citizens? All permanent residents have financial as well as social interests in Toronto. Giving them the right to vote acknowledges their contributions to this city, the sacrifices they make to live here and the benefits they receive for doing so. It’s like a democracy starter kit. A welcome mat to anyone wanting to put down stakes in Toronto.

Fortunately, all this will be debated again at council despite Team Ford’s best efforts to smother it at committee. Like the representatives of the proportional representation camp, councillors Cristanti, Ford and Mammoliti were content to emphasize the negative without making any sort of positive contribution. Councillor Mammoliti bemoaned how much harder voting is in the suburbs than it is downtown without offering up any motions to address that claim. He chose instead to try and stop any talk of reforms in its tracks. Councillor Ford was all for strengthening the office of the mayor – putting forth a motion to ask the City Manager what kind of legislative amendments were necessary to do so — while merely providing lip-service to giving more power to community councils.

Trying to bolster our democratic process and extend its reach to promote wider and deeper engagement shouldn’t be a partisan issue.

On a lot of fronts, it isn’t. The proportional representation-ranked ballot dust up is largely being fought between the left. City council’s champion of electoral reform is Councillor Paul Ainslie who usually sits centre-right. At Government Management Committee he was backed by two of the more left of centre councillors.

But we heard loud and clear yesterday from those wanting nothing to do with electoral reform. The self-described Looking-Out-For-The-Little-Guys guys. The hardest of the hardcore supporters of Mayor Ford. They came down firmly against change without really saying why. The mark of true reactionaries.

This entry was posted on Tuesday, May 14th, 2013 at 1:40 pm and is filed under Better Ballots, City Building, City Council, Electoral Reform, Municipal Politics. You can follow any responses to this entry through the RSS 2.0 feed. You can leave a response, or trackback from your own site.