You might almost start to feel sorry for Toronto Sun columnist Sue-Ann Levy if it weren’t for the fact that she has to be the luckiest newspaper columnist around. 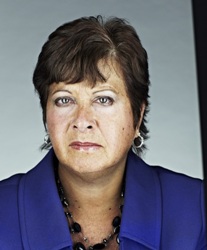 Seriously. She must wake up every morning, look into the mirror and just cackle to herself.

A terrible writer of words, she gets paid to write terrible words that oftentimes include heavy doses of union/leftist bashing, all the while being safely ensconced inside a union. It doesn’t get any better than that, really. Sanctioned and handsomely rewarded sanctimonious hypocrisy. Talk about your sweet deals.

Not only that but she’s risen to the ranks of official court reporting, the Ford Administration’s go-to print mouthpiece. Sue-Ann Levy, the voice of the mayor of Toronto. Who could’ve seen the stars align in such a way for that to happen?

Still, partisan hackery isn’t all bons bons and caviar. Sometimes there’s real work to be done. All the moving parts of this Rube Goldberg contraption that is the Rob Ford mayoralty have to work just so for it to function properly, and god knows there’s been some seizing up of the machine for a while now.

It takes some resolve to continue tinkering in order to keep the wheels from coming off completely. Less loyal apparatchiks would (and have) simply walked away from what they view as the smoldering remains.

But not Sue-Ann. She’s not willing to give up on her spot in the sun, her position of power. Do you know the chances of this situation ever arising again? She’s been on the outside looking in for too long to simply slink back now and resume yapping at the moon. In for a penny, in for a pound as they say.

So there she was, spilling ink over the mayor’s hollow Hero Burgers victory at city council this week and vilifying those who dared interfere with the sacred process of proper procurement. Her shit-list grows longer – overlapping seamlessly with the mayor’s list — now including ‘rogue councillor’ Paul Ainslie. A recent addition, there’s no patented SAL schoolyard nickname for him yet. Something catchy that makes a 10 year-old laugh like she’s honed for the TTC Chair. Councillor Stunts. (Get it? Her name’s actually Stintz). La TTC Turncoat. 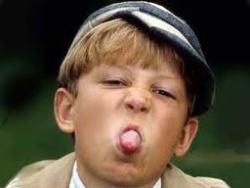 You see, anyone disagreeing with or defying Mayor Ford is dead to Sue-Ann Levy. It’s not about partisanship. It has nothing to do with left and right although Sue-Ann does especially hate her the Silly Socialists. Since she’s thrown all in with Team Ford, anyone who doesn’t is going to find themselves on the business end of grade school nickname a la SAL.

That is the mark of a true a flak. Never question your meal ticket’s actions. It’s always the other guy’s fault. Haughty ambitions or weak constitutions are to blame for any falling outs with the mayor. Never is he or his brother or the third Etobicoke amigo, Deputy Mayor Doug Holyday in the wrong. Suggesting as much could lead to some unwelcomed introspection or, even worse, unreturned phone calls from the mayor’s office.

It’s called ‘Knowing Which Side Your Bread Is Buttered’. Politics as blind allegiance not good governance. 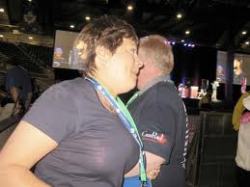 You got to dance with the one that brung ya. And Sue-Ann Levy has danced with Rob Ford.

Any hint of desperation in Sue-Ann’s outbursts – and it’s hard to detect since it sounds like her usual ravings – is because she’s hitched her little red wagon so firmly to Mayor Ford’s star. A star that’s dimmed significantly over the course of the last year to 18 months. If Sue-Ann and the Toronto Sun can’t keep the Team Ford super nova from flaming out entirely, they’ll find themselves once more in the power shadow, no longer the mayor’s official paper of record and just another rag with a Sunshine girl and sports scores.

Being so closely aligned with the current administration and lashing out at any apostate, regardless of political stripe, Sue-Ann Levy risks being relegated deep into the bleacher seats again. Having been granted access to power, she’s showing her true colours and they’re not conservative blue. It’s a shade you turn when you give up reporting or even opining, and just start typing out p.r. memos from head office. What’s that look like? A buttery yellow? 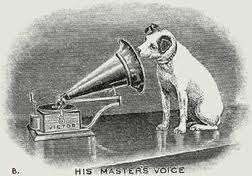 And real shit disturbers don’t simply regurgitate talking points and pick fights as a proxy for those in power. That’s called sy—phancy.

Such lack of self-awareness would be sad if it weren’t on display by the likes of Sue-Ann Levy. In her, it’s more pathetic but in a funny kind of way.

This entry was posted on Sunday, April 7th, 2013 at 12:30 pm and is filed under City Building, City Council, Municipal Politics, Newspapers, Press coverage, The Toronto Sun. You can follow any responses to this entry through the RSS 2.0 feed. You can leave a response, or trackback from your own site.

10 Responses to Her Master’s Voice