The Clown Prince And Queen Frances of IsSheSerious?

The easiest thing to do these days when covering Toronto city council is simply to end with a panache of loathing, a figurative throwing of hands in the air and shop worn variation of the Shakespearean quote, 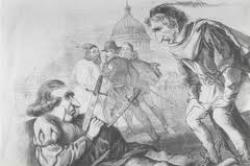 “A plague on both your houses!”

Council meetings are often bogged down in partisan rancour although, in fairness and in the end, they always do wind up clearing their often times bulky agenda even if it does take them three days instead of two. It’s seldom pretty. It’s rarely graceful. But the business of the city is being taken care of.

Which, in reality, is quite a testament to the majority of councillors since we have a chief magistrate and his administration firm in the belief that governance suffers from a governing problem. Of course this is a circus, folks. We’re politicians! What else would you expect from us?

The opposition party is in control and has no idea how to actually run things because that would take having an open mind toward the efficacy of government. Few of them do.

There’s nothing affirmative in their approach. It’s simply about no. no, no, no.

Mayor Ford is much more comfortable behind a microphone as a radio talk show host or on the football side lines than he is chairing a committee or speaking to items. His councillor-brother assumes the private sector does everything better than the public sector and gives that sales pitch at any opportunity that arises. The budget chief faints at the sight of large numbers.

But none may represent the vacuity of leadership and embrace of maladministration within Team Ford better (or would that be worse?) than its self-appointed QB, Councillor Giorgio Mammoliti, and council Speaker Frances Nunziata. It’s almost as if they were adopted and appointed for no other reason than to make the mayor’s bad behaviour look better by comparison. If his primary intention upon assuming office was to discredit the very notion of municipal government, 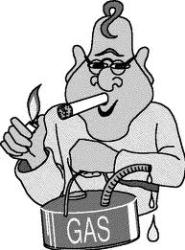 the elevation of councillors Mammoliti and Nunziata to positions of power and visibility should be considered one of his only unqualified measures of success so far.

Immediately, partisan hackles are raised and examples of outlandish opposition antics are raised. What about Councillor Gord Perks getting all in Mammoliti’s face on camera? No question. Deplorable. But he subsequently apologized unequivocally at council. Intemperate displays of loutishness are not confined just to the right side of the political spectrum at City Hall. It’s just the regular, almost like clockwork and always near operatic occurrence of it from the Ford Administration that makes it seem so commonplace.

As Speaker, Frances Nunziata is supposed to bring a degree of decorum to the proceedings. An even-handed voice of reason and unbiased arbitrator, the role is that of a referee. Keep everything moving along and dealing with infractions in the fashion of blind justice.

Hectoring, nakedly partisan, she has maintained the fractious, contentious tone bestowed on council chambers by Don Cherry in his inaugural address. Worse still, the speaker doesn’t seem to have a handle on the procedural rules of the place. Things stop and start based on her mercurial whims that staff seem reticent to rein in for fear of having everything ground to such a halt that it might never get started again.

If Speaker Nunziata gave a shit about the appearance of propriety, she would’ve handed over her gavel to the Deputy Speaker during the contentious debate over the Ombudsman’s Report which dealt with the questions of civic appointments at the Civic Appointment Committee, a committee the speaker was chair of. How does that not smack of conflict? Instead she harassed critics of the process, coddled the defenders and used her role as speaker as a soapbox to editorialize.

The only upside to Frances Nunziata’s role as the council speaker is it keeps her off the floor of chambers in the capacity of councillor to a minimum. Her speaking times frequently double in length, punctuated as they are by a succession of her colleagues standing on points of privilege and order to correct the wildly inflammatory statements she makes. On Wednesday, she stood up to her critics, accusing them of using hearsay and innuendo to undermine the appointment process. The former mayor David Miller was guilty of “interfering every day” she claimed, citing no evidence to back it up.

A dictionary for the speaker, STAT! She evidently doesn’t know the meaning of ‘hearsay’ or ‘innuendo’.

I wouldn’t go as far to say that her performance paled in comparison to Councillor Mammoliti’s. Let’s just say it provided a fitting complement to it because, when he decides to let fly (and he does regularly), Councillor Mammoliti is without peer in delivering nonsensical rhetorical bombast.

Which – guilty pleasure confession – kind of makes him a soft spot for me. Am I alone in my love of having a performing monkey?

Who else (aside from Councillor Ford) would have the gall to stand up with a list of names in his hand that he claimed a month earlier did not to exist and refer to it as “so-called”?  No one else challenged the authenticity of the list. There was no doubt about where it came from. Lots of questions about its intent but not its existence. Still, for Councillor Mammoliti it was “so-called”.

His 5 minute incantation of the words ‘Halloween’ and ‘candy’ and ‘witch hunt’ was truly Dadaesque in delivery. There was no internal coherence or logic. Just words spewed forth to mock and demean the office of the Ombudsman and incite the ire of his colleagues into defending Ms. Crean and the validity of the report she delivered.

See? We’re all crazy down here in the Clamshell. No need to take us seriously.

This is why we have to continue striving to distinguish between constructive and destructive debate and governance. While nothing in Chris Selley’s article about this week’s council meeting was at all factually incorrect, it suggests an equal culpability in the shenanigans going on during the meeting. “… four-and-a-half hours of councillors hurling accusations,

counter-accusations and countless points of personal privilege at each other. At last, they had The List. Blood would be spilled. Edifying, it was not.”

No, it wasn’t but the blame for that should hardly be dished out evenly. Some members of council bear much more responsibility for degrading the discourse and, unfortunately, most of them are part of the mayor’s team. Adding further insult to that injury, such a sorry state of affairs seems to be their default and preferred position.

This entry was posted on Friday, November 2nd, 2012 at 2:35 pm and is filed under City Building, City Council, Municipal Politics, Newspapers, Press coverage, The Toronto Sun. You can follow any responses to this entry through the RSS 2.0 feed. You can leave a response, or trackback from your own site.

2 Responses to The Clown Prince And Queen Frances of IsSheSerious?