Cast yourself back, if you dare, to the late summer of 1939. Germany invades Poland and Great Britain declares war on the Nazis.

Canada, pulled by its colonial, Commonwealth attachment to the U.K. is compelled to jump into the fray but something holds it back.

This war thing is going to cost a lot of money. Taxes will have to be raised to fund it. Rationing may become a thing. Oh yeah. And a lot of people are going to die.

Now, I am not comparing fighting the scourge of fascism to building public transit because that would be fucking stupid. Weighed against waging a war that ultimately ended up costing some 60 million deaths worldwide, figuring out a way to spend $100 billion to bring the region’s public transit up to 21st-century speed should be a piece of cake. A no-brainer, really.

But yet, here we are.

It’s embarrassing that we have become so stingy of pocketbook as well as imagination to be caught up in this decades’ long struggle to meet a growing, prospering city and region’s transit needs. Engulfed as we are in minimizing our obligations to living in Toronto, we’ve insisted on passing the buck and avoiding tough decisions. The Greatest Generation At Shirking Our Responsibilities.

“So granddad. What were you doing when everybody else was building transit?”

“Come here and sit on my lap, boy. See all that crumbling infrastructure out there? Those crowded buses on the gridlocked choked roads? That’s what I did for you, sonny jim. To keep your taxes unreasonably low.”

John McGrath’s article on taxation and transit in this weekend’s National Post is a conversation we needed to be having 30 years ago. Maybe we did and it just didn’t gain much traction. One thing is for certain, if we’d put at least some money where our mouths were back then, it would’ve cost a lot less than we’re going to have to pay now. A lot, lot less then it will if we push things off another 20 years or so.

“The question we’re left with is,” TTC Chair Karen Stintz tells McGrath, “What transit does Toronto want, and what are we willing to pay for?”

We want it all, councillor. Subways without density. 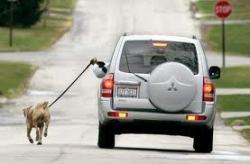 Free roads and parking for our cars. A jetpack too, maybe, if you can swing it.

All for the low, low price of no new taxes or increases. Those P3s have us covered, right? Who says you can’t have something for nothing?

By standing pat, we not only do a disservice to those needing better transit now, we bury future residents that much further. We’re also giving the middle finger to earlier generations who delivered all the elements of a livable city for us to benefit from. There’ll never be enough tax savings to pay everyone what we owe.

This entry was posted on Monday, October 15th, 2012 at 2:08 pm and is filed under City Building, Municipal Politics, Newspapers, Press coverage, TTC. You can follow any responses to this entry through the RSS 2.0 feed. You can leave a response, or trackback from your own site.

4 Responses to The Reckoning