The Mayor’s A Bit Player In This Drama 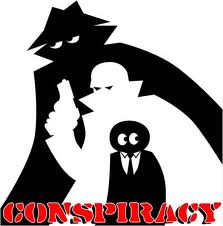 A sprawling yarn, more episodic police procedural than actual real life, rife with blackmail, intrigue, betrayal with a healthy spicing of violence bringing it all together. It’s not that what he writes couldn’t be possible but the dynamics of the situation just don’t ring true to my ear.

The piece tries to convince us that Mayor Ford retains control of the helm enough to have his way with Chief Blair and/or the Police Services Board. Di Matteo did see what happened with the TTC commission, didn’t he? It’s one thing to want “…to replace Blair-friendly Scarborough councillor Chin Lee…” and another thing entirely to have the political heft to pull the manoeuvre off. If the chief’s grip on the board is ‘tenuous’, the mayor’s would have to be considered tenuous-er.

Di Matteo seems to suggest that Mayor Ford’s ‘point guy on the police file’, TPSB vice-chair Councillor Michael Thompson, is doing the mayor’s bidding in plotting against Chief Blair. I just don’t see it. In fact, one could jump to the exact opposite conclusion.

From the NOW article:

“…[Councillor] Thompson, who’s made no bones about wanting to challenge the status quo at 40 College, or ‘the brotherhood,’ as he likes to call it, since he took over as vice-chair of the Police Services Board.

Ask Thompson if he has confidence in Blair and you’re likely to be met with a long pause followed by the kind of laugh that might be provoked by a trick question. 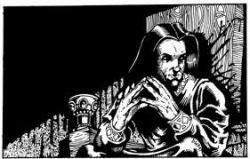 ‘I haven’t thought about it,’ he says.

That’s not the scuttlebutt at police headquarters, where Thompson has been busy inculcating the everybody-challenge-everybody culture.

The two got off on the wrong foot when the Ford administration tried in the early days to strong-arm the chief into a 10 per cent budget cut that would have meant laying off 500 cops.

Thompson was hung out to dry by the mayor on that one, and it’s been mano-a-mano ever since.

While Councillor Thompson may not have confidence in the police chief and has ‘made no bones about wanting to challenge the status quo of the brotherhood’, I’d say that being ‘hung out to dry by the mayor’ with the proposed budget cuts last year makes him an unreliable ally of Mayor Ford. Anyone who is unafraid to say this out loud — 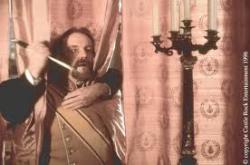 “I’m interested in being part of the problem if problems are the way to get to solutions.” – should not be taken for granted by either side. In fact, it suggests to me Councillor Thompson isn’t even sure what he’s up to.

In reality, the mayor’s biggest foe on this issue has to be the mayor himself. There is no easy circling of the square on this for him. If he’s using budget cuts to force a showdown with Chief Blair, it would be a classic case of shooting yourself in the foot, cutting your nose off to spite your face. Any significant cut to the police budget will result in layoffs. It has to since the police budget consists of nearly 90% labour costs. What else is there to cut?

For all the budget chief Mike Del Grande-standing last week in front of the TPSB, it really was just about the long-hanging fruit. Paid duty, overtime pay for court appearances and, of course, the absolute pablum of finding further efficiencies. Of the really big questions, Councillor Del Grande offered little in the way of ideas.

“One of the fundamental questions I ask is: How many police do we need in the city of Toronto?” Del Grande said to the board. “What’s the right number? 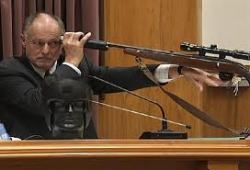 No one has been able to tell us definitively how many police officers does it take to police the city of Toronto.” The budget chief claimed ‘he has never seen an independent study justifying the current Toronto police uniform complement of about 5,600.’

Fair enough. But there we are. If this administration wants to cut back on police officers shouldn’t the onus be on it to say with confidence that it won’t be detrimental to the safety of the city? Rather than just this blanket across the board budget freeze, shouldn’t the budget chief be the one providing the independent study justifying the number of police he thinks Toronto can get by with?

Any number he can come up with, however, is going to be less than the one Mayor Ford touted a couple years ago while campaigning for the job. He promised 100 more police officers on the street. According to the police union head, Mike McCormack, owing to the budget constraints of the last two years, a hiring freeze has resulted in 178 fewer police officers. If another one is instituted for 2013, Di Matteo suggests the force could be down 400 officers. How does the mayor reconcile his passion for cutting government including the police with his love of never hug-a-thug, law-and-order?

He votes to cut social programs. 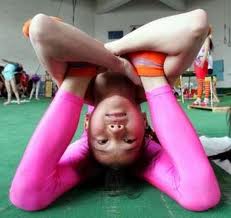 He votes to cut the number of police officers. It’s kind of his everybody-for-themselves libertarianism laid bare.

More than any 9-1-1 audiotape Police Chief Blair may or may not have under lock and key to use in a political knife fight with the administration, I think Mayor Ford’s main vulnerability is his own glaring lack of credibility. More police=more money. Less money=less police. Try as he might, he can’t make that math work in his favour. His opponents know that. His leverage is almost non-existent. Whatever happens with Chief Blair or the TPSB, my bet is the mayor won’t be the one calling the shots.

This entry was posted on Tuesday, August 21st, 2012 at 3:01 pm and is filed under Budget, City Building, City Council, Municipal Politics, Newspapers, Press coverage, Toronto Police Services, Toronto Star. You can follow any responses to this entry through the RSS 2.0 feed. You can leave a response, or trackback from your own site.