Something didn’t quite sit right with me when Olivia Chow talked about the giants of this country’s progressive movement while discussing her husband on the first anniversary of his death today with Metro Morning’s Matt Galloway. Sure, Layton took the NDP to political heights it had never achieved before. The outpouring of grief, admiration and outright love toward him in the days leading up to his funeral was immense. It was hard to fathom such a positive reaction to a politician in these our cynical times.

Now, I’ll grant you the problem of perception could very well be my own. I was much younger during the twilight of Douglas and the Lewises. Everything seems bigger seen through youthful eyes. Politics and politicians operated on a grander scale. At least, that’s how I remember it.

Arguably the last successful politicians that swaggered onto the stage, full of big, world changing ideas were conservatives, Ronald Reagan, Margaret Thatcher, Brian Mulroney. Think about their respective successors. Tinkerers. Technocrats. And much, much worse.

Yeah, and the music, movies [fill in the blank with whatever cultural reference] were all better back in the olden days too, right old man?

No. But here’s the thing.

The last of the big politicians with their big ideas brought with them the one big idea which would diminish future big ideas and big politicians. That was the triumph of the free market. The abstract, Milton Friedman theory of unfettered capitalism that, if untouched by the soiled hands of regulation, would float all boats. From which sprang the sentiment of government being the problem not the solution. Or, “… there is no such thing as society. There are individual men and women, and there are families. And no government can do anything except through people, and people must look to themselves first.” 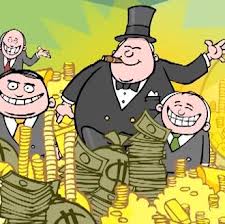 Everybody for themselves. Success measured not by contribution to the greater good but by accumulation of stuff. The triumph of the private over the public sphere.

Ironically, this political-economic philosophy supposedly based on the centrality of the individual actually reduced the majority of people to little more than supporting roles. They became merely part of the process rather than the focus of it. In the parlance of our times, we aren’t viewed as citizens but consumers or taxpayers. The strength of our neighbourhoods, communities, towns, cities, countries is now measured by the health of our healthiest members not by that of our weakest.

That is where Jack Layton comes in.

His big idea was really quite simple and revolutionary too, when it was introduced more than 2000 years ago. When we turn our backs on the welfare of others, we turn our backs on the very thing that makes us human. Thatcher’s notion that there is no such thing as society is total revisionist bunk as anyone who takes even a moment to glance through our history can see. 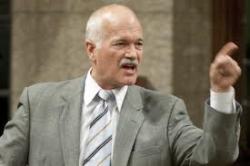 We did not prosper as a species because of herculean individual efforts or personal feats of wonder. Left alone to fend for ourselves, we would’ve been picked off one by one on the savannah. Humans succeeded through a group effort. The group is only as strong as the health of each member.

In fact, we are at our worst when we idolize the individual. Such idolatry leads to demagoguery. Clans clash with clans. Tribal warfare brings out the most inhumane in us.

It’s not lost on me that I write this in praise of, well, a particular individual. But Jack Layton was one who dedicated his life to public service in pursuit of bettering the lives of all and not just the few with the vain hope that the benefits would rub off or trickle down. This is what unites him with past leaders of his party, his movement. Strengthening society by strengthening the opportunities and possibilities of every member of it.

This entry was posted on Wednesday, August 22nd, 2012 at 3:59 pm and is filed under Uncategorized. You can follow any responses to this entry through the RSS 2.0 feed. You can leave a response, or trackback from your own site.

One Response to A Year On