Reassessing More Than Our Property Values

In an announcement this week of Mark Towhey becoming Mayor Ford’s new chief of staff, Kelly Grant of the Globe and Mail writes that he wants to focus on the mayor’s economic strategy, including plans for the city to “implement policies to grow its assessment base, 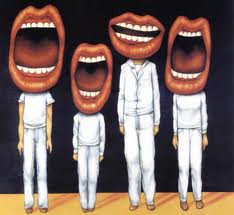 rather than raise property taxes year after year.” An ensuing social media conversation took place, questioning if that were even possible, using a wider/higher property assessment in lieu of higher property taxes. Minds much brighter than mine struggled with questions of provincially mandated revenue neutral reassessments, averaging, etc., etc.

The short answer seems to be: raising revenue is much more difficult and complicated than simply cutting services, programs and generally just not doing anything much. Our fiscal status quo leans toward inaction. Claiming we can’t afford something is simply an admission of one of two things. You’re either ideologically opposed to the concept of taxation or you don’t understand government financing. Or maybe both.

Complicating matters for Ontario municipalities is that the provincial government keeps us on a pretty short leash in terms of revenues. We rely so heavily on property taxes as a revenue source because it’s the only one we have much control over. And as the discussion this week showed even that is watched over carefully by Queen’s Park.

Well, it seems cities just can’t reassess property values and then slap on the tax rate to the new numbers. 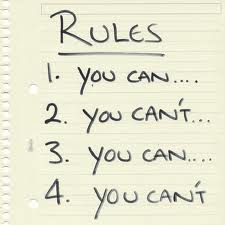 In a place like Toronto that would in, all likelihood, generate a significantly higher amount of revenue. From the city’s website (h/t to Brent Gilliard) comes a provincial commandment. The effect of reassessment, at the municipal level, is “revenue neutral” and does not generate any additional revenue for the City. With a reassessment, the City must adjust the tax rate to remain revenue neutral, so no new funding comes to the City of Toronto as a result of property valuation changes.

Reassess all you want, the province tells us, it just can’t generate any more money for you.

Of course, there’s a much larger discussion to be had on this point. Municipalities shouldn’t have to depend so heavily on property taxes to, you know, run the city. Both their calculation and implementation is complex, cumbersome and, often times, politically thorny. Of all taxes, none seem to be taken as personally as property taxes. California’s 1978 Proposition 13 that severely limited the state’s ability to adjust property taxes could be seen as the granddaddy of tax revolts. Property taxes also don’t truly reflect the economic activity going on at a municipal level at any given time. 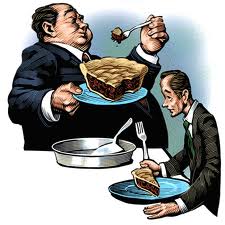 So Toronto certainly didn’t help its cause by backing an administration that was hell bent on repealing one of the few taxes the province allowed it to institute, the VRT, as soon as it was sworn in. Like a petulant teenagers, tossing their allowance back into their parents’ faces. We don’t need your stinking handouts. Oh, and by the way, mom and dad. Can we have some cash for extra police officers and some transit we need to build?

Still, it is odd how stingy Queen’s Park is in terms of allowing its municipal governments to figure out ways to pay for things. What’s it to them if we decide to generate revenues through a city or regional sales tax? How will a, say, .5% sales tax going into the city’s coffers adversely affect the province’s bottom line? It’s not like they’re rushing to finance Toronto’s major infrastructure needs like transit. Before you start bellowing ‘Transit City! Transit City!’ at me, note how I used the word ‘rushing’. We’re getting transit. On the province’s dime. On the province’s time.

It’s hard to look at the recent additions to Toronto’s transit system before the Eglinton crosstown broke ground and not see a pattern of self-interest on the province’s part. Arguably, we got subway lines where we needed them least that successive government’s at Queen’s Park used to burnish their cred with a very specific segment of voters. 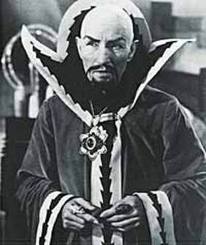 You want subways? We gave you subways. Where we wanted.

Control of the purse strings will always translate into political control. Cities less dependent on the province means cities less willing to let the province dictate its terms. What do you call that? A more equal partnership. It doesn’t quite have the ring of ‘creatures of the province’ that must sound much better to ears at Queen’s Park.

For many provincial politicians, cities are more a political chessboard than they are economic engines. All moves must be tightly controlled and very, very limited. Unless you’re the queen, of course. In provincial-municipal matters, never ever forget who’s the queen.

This entry was posted on Friday, August 17th, 2012 at 2:51 pm and is filed under Budget, City Building, City of Toronto Act, Municipal Politics, Newspapers, Press coverage, Province of Toronto, Provincial Politics, The Globe and Mail. You can follow any responses to this entry through the RSS 2.0 feed. You can leave a response, or trackback from your own site.

5 Responses to Reassessing More Than Our Property Values