If there’s one thing I begrudge most about Mayor Rob Ford’s part in the nasty, unproductive transit debate the city’s currently going through is how he made the building of subways seem oh so fucking easy. I want subways. The people want subways.

I thought about this as I sat listening to the second of three seminars on building transit, Moving Our Region: Transportation for the Future, hosted by the Institute on Municipal Finance and Governance. Jane Bird, former CEO of Canada Line Inc., the group charged with overseeing the building of Vancouver’s rapid transit Canada Line, spoke on the topic of Private Sector and Public Transit: How Private Sector Participation Inspired Innovation and Helped Deliver the Canada Line Rapid Transit Project in Vancouver.

Building public transit is complicated. It isn’t simply a matter of We Want Subways and the Private Sector Is Just Itching To Build Us Subways. Clap your hands and it will be so.

Over three years had gone into due diligence for Transit City before Mayor Ford unilaterally pulled the plug in December 2010, cancelling one line and vowing to bury the rest. The Sheppard subway would be built by the private sector, we were told. Just like that.

Well, no. It wouldn’t be just like that. Even the vaunted public-private partnership that came together on the Canada Line was ultimately two-thirds public and one-third private. Four levels of government (including the Vancouver airport authority) put up about $1.3 billion of the final $2 billion cost. The public sector owns the asset while a private consortium designed, built and operates it on a 35 year concession. There were construction milestones put in place, ridership levels that need to be maintained. Essentially 8 years from initial decision to pursue the project to its completion.

No one expected the mayor to have a fully funded subway plan in place in just over a year. But was it too much to demand an inkling of an idea, something more than a Babes In Arms, hey everybody, we got a barn! Let’s put on a show!

The fact is, Mayor Ford swept aside a funded transit plan for 4 LRT lines with nothing to replace it other than a slogan. Take a look at his transportation campaign video where he promised to build a full Sheppard subway from Downsview station to the Scarborough Town Centre and… and replace the Scarborough RT by extending the Bloor-Danforth subway all the way to McCowan.

In time for the PanAm games in 2015 using just the Transit City money, no new taxes needed, no tolls or congestion fees.

In the nearly 16 months from December 1st, 2010 until last week’s transit vote on the Sheppard subway question, the mayor did little to finesse that plan, to reach out to the private sector, to make a concrete proposal for any sort of partnership. Just trust me, folks. Let’s get the shovels in the ground and see what happens.

Ms. Bird said at yesterday’s seminar that at the point when shovels were about to go in the ground for the Canada Line, she was about 80% certain the project would come on time and budget. (It did on both accounts). There was no such assurance with the Sheppard subway. Not even close. Even in terms of the procurement process seeking a private sector partner for the project, Ms. Bird said that they didn’t approach anyone until they knew, they knew, that the public money was in place.

Our mayor wouldn’t even consider the notion of new taxes or parking levies — all taxes are evil, remember? – despite the begging of his closest allies on council along with his point man on subways, Gordon Chong. As yesterday’s moderator, Doug Turnbull, a Metrolinx board member, pointed out, the lifecycle costs of any transit system including the operational side of things absolutely dwarves the capital costs in building it.

So no private sector company in their right business mind is going to enter into a partnership with a government unwilling to even talk about providing a steady, ongoing revenue stream, i.e. taxes, tolls, levies, fees. Ain’t gonna happen, bub.

“I’m not sure we’re always talking about the same thing,” Ms. Bird told the audience when talking about public-private partnerships. She also noted that P3s should not be part of the conversation about what the public sector wants to build. In other words, we shouldn’t build subways based on some vague notion of hopefully, fingers crossed, getting into a P3 arrangement.

This all needed to be directed at the mayor and his councillor brother. Councillor Ford often gets to his feet to lecture his colleagues about their lack of business sense, their fundamental misunderstanding of the private sector. But in listening to those who’ve actually studied or participated in P3s, it becomes crystal clear that the councillor with his family business knowledge is woefully out of his depth. In fact, his deep-seated anti-government sensibilities ultimately disqualify him from having any informed opinion on the subject as he seems incapable of understanding just how key a role the public sector plays. 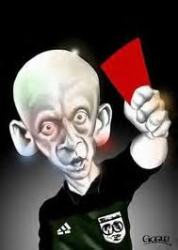 That’s the bottom line. No one has ever suggested the private sector does not have a role to play in building transit here in Toronto. That role just has to be fully understood, defined and laid in terms of achievable, affordable goals. Mayor Ford and his ever dwindling contingent failed to do any of those things, failed to even engage in a constructive dialogue about it. The city and those elected to represent the public could no longer afford to wait for him to stop acting petulant and start having an adult conversation.

This entry was posted on Tuesday, March 27th, 2012 at 2:29 pm and is filed under City Building, City Council, Elections 2010, Municipal Politics, Race 4 Mayor, TTC. You can follow any responses to this entry through the RSS 2.0 feed. You can leave a response, or trackback from your own site.

7 Responses to Transit Planning Is Hard