Should Politics Trump Everything?

Emerging from a 3 day battle with some godless microbe and 72 hours of highly potent neocitran-boozie concoction to kill it into submission, I’m scanning the #TOpoli with a mixture of disbelief and.. something else that is beyond my vocabulary at the moment.

Like, I’m really groggy and quite possibly drifting in and out of consciousness, unable to fully judge if I’m asleep or awake.

Is this how the more casual observers of the municipal political scene here in Toronto feel when reading through the news? An out-of-body experience, this can’t really be happening kind of sensation? This is all a joke, right? This is not how a major metropolitan city conducts itself, is it?

On their regular Sunday afternoon radio slot, the mayor and his councillor brother brag about the restraint shown when the councillor was verbally accosted by a bike courier. “He (courier) was cursing and swearing with some nasty words,” Councillor Ford said. “I told him that if I wasn’t an elected official I would kick his ass.” He so would’ve too! He really would’ve! “The mayor said there would have been ‘one less courier to worry about’ if there was an incident. “Doug took kick-boxing for six years and has quick feet,” Mayor Ford said.

No, no, no, no, no. Our mayor did not just say that out loud, over the wireless, as some sort of populist bromide. My big brother’s tough as nails! Ford tough! You know how I know that’s all just a figment of my imagination? 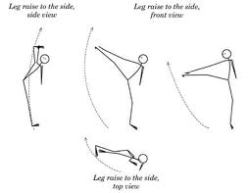 Later on in the show when talking about bullying in schools with a newly elected TDSB trustee, Councillor Ford claimed: “We never had bullies in our school. We’d always take care of them if there was.”

No semi-sentient adult being could be that self-unaware to not check themselves before blurting out such revelatory personality traits. I’d punch somebody for bad-mouthing me if there weren’t any repercussions. We didn’t have a bully problem because we ‘took care’ of anybody we thought were bullies…

It’s the virus in my bloodstream making me hear that, right? Some sort of auditory hallucination brought on by my mistakenly having mixed 151 proof rum with my cold medication. My mind’s just fucking with me at this point surely.

But then I wake up this morning to read that there’s a court motion afoot to oust Mayor Ford from office. Good god! Is the fever back? This can’t be—it’s Monday of March break. Nothing’s supposed to happen at City Hall. Will I never be free of this damned contagion that’s playing with my mind?!

For a full account of what’s allegedly happening, read Hamutal Dotan at the Torontoist and John McGrath at Open File TO but in short, way back in 2010, then Councillor Rob Ford used City Hall stationery to solicit donations including from some known lobbyists for his football charity. Integrity Commissioner ruled it a no-no, orders the councillor to pay back whatever donations he received. He claims he can’t because it’s already been spent on football equipment and the like. Integrity Commissioner then insists it has to come out of his pocket. 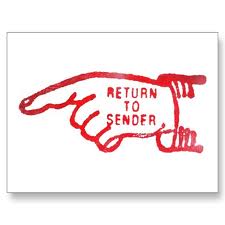 Some 18 months later and now mayor, Rob Ford still hadn’t complied with the ruling. At last month’s council meeting, a motion is presented and passed that overturns the previous council’s ruling, freeing the mayor of the obligation of paying back the $3150.00. Fine. Whatever. A little greasy but, hey, politics is never cut and dry.

Except today, in an application to the Ontario Superior Court, it’s alleged that the mayor violated the Municipal Conflict of Interest Act. How? Not only did he vote on the item that waived his obligation to reimburse donors $3150 out of his own pocket but he spoke up in defence of his actions before doing so.

The mind boggles…And I don’t think it’s just the pharmaceuticals coursing through my brain.

I mean, last week I watched the mayor recuse himself from a debate and vote on something to do with the Boardwalk Café because he’s involved in some sort of litigation with the restaurant.

But somehow this didn’t cross his mind as a possible conflict of interest? Someone on his staff? One of his political allies?

You’ve been ordered to repay $3150 out of your own pocket and it doesn’t strike you as a little iffy to be part of the debate and vote? There’s absolutely nothing that smacks of a conflict of interest about participating in and voting on an item that will save you personally $3150? Does that not seem simply incomprehensible to everyone else aside from just me and my medication?

I am equally as perplexed by the reaction to all this by some of the mayor’s most vocal critics. Whether, if found in violation, the mayor should be removed from office and barred 7 years from seeking office is a bit extreme, we can chat about but to shy away from this as politically bad optics or playing right into the hands of the persecution complex right wing politicians so love to wallow in, seems to be, well, a dereliction of duty frankly. (Hee, hee. Hee, hee. He said ‘doody’.)

Of course, the mayor and his supporters are going to run with this, citing it as proof the left wing is simply intent on driving the mayor from office and denying them their democratic rights, etc., etc., blah, blah, blah. Witch hunt! Dirty politics! Sore losers! That’s what they do. Conservatives gotta embrace victimhood.

But to shrug this off as bad politics or risky strategy? If this is pursued, it might play right into the hands of the mayor’s underdog status? That’s almost as cynical as how the right’s determined to play this.

To view this as some sort of ‘technicality’ is to accept questionable behaviour on the part of our elected officials as just part of doing business. Rob Ford repeatedly shrugged off requests to repay money the Integrity Commissioner ordered him to pay and then, as mayor, took part in the debate and vote to overturn the city councils move to uphold the 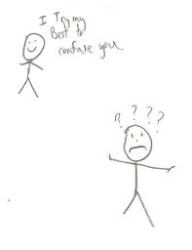 Integrity Commissioner’s ruling. Something’s not quite right about that and ignoring it for fear of playing to his base come 2014 renders our democratic system somewhat ethically malleable.

Or am I missing something here, my logic and reasoning floating in a sea of medically enhanced fluid?

This entry was posted on Monday, March 12th, 2012 at 3:19 pm and is filed under Law, Municipal Politics, Newspapers, The Toronto Sun. You can follow any responses to this entry through the RSS 2.0 feed. You can leave a response, or trackback from your own site.

7 Responses to Should Politics Trump Everything?