The Bigger They Are

Credit where credit’s due.

Mayor Ford, his brother and their closest coterie certainly do things in no half measure. Go big or go home should be their motto.

From last year’s oversized campaign that ultimately swept aside his competitors in a noisy, boisterous march to the mayor’s office to the blustery early successes this administration’s had in crushing much of the previous administration’s doings under foot, they have made their presence felt. It has been relentless, the busting up and dismantling of things.

So it appears will be the case next week when Team Ford faces what could be its first significant setback. Short of serious amending and de-fanging of the Executive Committee item instructing city council to grant the Toronto Port Lands Corporation authority to seize property from Waterfront Toronto, a resounding, flashy and high profile defeat looks very, very likely. A spectacular flameout might not be too much of an overstatement.

Perhaps had the mayor and his brother attempted this move more quietly, it might not have been successful but the failure wouldn’t be so garish. What had worked for them before, a combination of bullying and bad mouthing and a little bit of glitzy, Vegas style showmanship ran into a solid wall of established resistance on the waterfront portfolio. Badly misjudging both those they were up against and the growing attachment the general public had toward what was going on down by the lake, the Ford Bros. did not have their normal bogeymen to excoriate. The downtown elites. Left wing kooks. Cycling pinkos.

Instead, the mayor and his brother found themselves on the receiving end of the body blows and head shots from very well respected urban thinkers and planners, former mayors. Even normally friendly media types have been conspicuous in not rushing to defend the mayor’s waterfront plans. The mayor’s interview with Jerry Agar yesterday brought to mind the Fawlty Towers episode where a German group was staying at the inn and Basil spent much time telling his staff ‘Not to mention the war’. ‘Don’t mention the waterfront, Jerry. Don’t mention the waterfront.’ He dutifully didn’t.

The pushback to Mayor Ford’s waterfront plan is so significant that normally pliant and quiet allies on his Executive Committee have been freed to publicly announce their intentions to oppose it. To lose support at that level suggests it’s now open season for defections.

In fact, the item has become so repugnant to the general public that it could be seen as a detriment to back it. What councillor will risk being tarred with the ignominy of following the mayor down this path?

There’s Doug Ford, of course. Arguably the architect of the fiasco. Deputy Mayor Holyday has hitched his wagon to Team Ford. Councilllor Giorgio We Don’t Blink Mammoliti. The ever obedient Councillor Denzil Minnan-Wong.

But who else? This could be some heavy baggage to carry around for the next three years. Voting to pull the plug on Waterfront Toronto is not simply some ward specific attack that will be remembered only by local residents like the Jarvis bike lanes or the Fort York Bridge. This will have reverberations city wide even in places far from the battleground. Is that a risk Councillors John Parker and David Shiner are willing to take? How about the budget chief? The entire city’s going to be watching you Councillors Grimes, Moeser, Crisanti, Di Giorgio, Pasternak, Lee, Ainslie, Nunziata, Palacio, Kelly, Crawford, Lindsay Luby, Thompson, Milczyn.

I know it’s early in this term yet but some matters are not easily forgotten three years later when voters will go to the polls again. This could be one of those defining moments. Are you going to be for the mayor or for the city. You can’t be both on this. 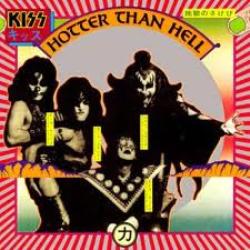 This entry was posted on Friday, September 16th, 2011 at 12:13 pm and is filed under City Building, City Council, Municipal Politics. You can follow any responses to this entry through the RSS 2.0 feed. You can leave a response, or trackback from your own site.

6 Responses to The Bigger They Are