According to Sue-Ann Levy

I wonder how often administrators over at the Rotman School of Business think of revoking Sue-Ann Levy’s alumna status whenever she writes out those words? “According to my calculations…” Beware conservative hack math. Numbers are meaningless. Conclusions suspect. 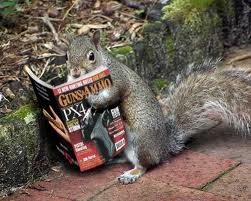 She was at it again yesterday, yapping about free passes to various Toronto cultural venues by the Toronto Public Library. Never mind that the Sun Life Financial Museum and Arts Pass program $200,000 is a “donation Sun Life gives… [that] covers the printing and promotion of the passes and the money to hire an administrator [bolding ours].” Just remember that it’s a program initiated under former mayor David Miller, ‘Mr. Culture and Creativity Himself’. Don’t you just hate it when our mayor is all culture-y and creativity-y? Himself.

Despite the fact that Sun Life covers the cost of printing and promoting the passes as well as hiring the administrator to oversee such things, TPL staff puts in all that time to organize and supervise the weekly draws. Toronto taxpayers have to foot that bill which must amount to… well, Sue-Ann doesn’t take the time to calculate those numbers. But they must be huge because Ms. Levy sniffs at the $200,000 Sun Life donates. “That’s it”, she concludes, implying that the real money is paid out come draw time, what with all those slips of paper, pencils and cardboard boxes necessary to pull off such complicated manoeuvres.

No, Sue-Ann has bigger numbers to cook, taking her Jethro Bodine guzinta skills to calculate the money lost by all those money losing organizations these library using freeloaders are trying to crash.

“According to my calculations,” Levy scribbles, “the Toronto Zoo’s involvement in the program will add up to nearly $600,000 in foregone revenue this year while Casa Loma will not collect $530,000 due to these passes.” Gasp! Such big numbers!

But wait, it gets even juicer.” Toronto’s eight historical museums will give up $3.2-million in potential revenues.” Gravy! Sue-Ann Levy sees gravy!

When asked to comment about such outrageous non-spending, the city’s Chief Librarian, $205,720/year (no one in the public sector is worth a 6 digit figure salary) Jane Pyper was not available for comment.  She was just back from vacation – what? 200K a year and she goes on vacation?! – and, according to Sue-Ann, was “overwhelmed”.  Also, “TPL Board member Paul Ainslie couldn’t be reached for comment either,” whined Levy. I imagine he was simply too embarrassed to go on record commenting on such drivel.

Not so Budget Chief Mike Del Grande. This is just the kind of profligacy that “… makes his ‘hair stand on end’”.  “It’s very interesting when you consider that some of the venues (donating passes) are losing money … yet we’re giving out freebies to everyone and their uncle,” Del Grande said.

Now, no one should be surprised by such fiscal fatuousness coming from Sue-Ann Levy despite her Rotman MBA. But from someone overseeing a nearly $10 billion annual operating budget? A loud and proud chartered accountant no less?

Head shaking in its myopic simple-mindedness.

Does the budget chief actually believe that people who wait in line to enter a draw to win passes to places like the zoo or Casa Loma – some as long as 4 hours according to Sue-Ann’s calculations, so take that as you will – are somehow gaming the system? Deadbeats with the time on their hands to stick it to all the hardworking taxpayers of Toronto and score themselves some freebies? Perhaps the more logical conclusion is those who would put in that kind of time in the hopes of winning an entry into some of our cultural institutions do so out of economic necessity. Without the passes, they would be unable to go. So they’re not freebies at all. The millions of dollars Sue-Ann Levy cites as giveaways are, actually, never-would-bes, nothing even close to lost revenue.

And don’t many service oriented businesses offer up these kind of ‘giveaways’ in order to bring customers to them? A certain percentage of those who come with their free passes might fall in love with the zoo or Casa Loma and decide it’s worth budgeting for a return visit. They might bring some other family members or friends with them next time. Failing that, with the money they’ve saved on admission, they might spend it on souvenirs or concessions. That would be found money.

Simple good business sense. Something this administration is all about, right?

Instead of railing about phantom gravy and making grand pronouncements on topics you know little about, Sue-Ann Levy and Mike Del Grande should really do the city a favour and spend more time at their local libraries. We’d all benefit having more knowledgeable newspaper columnists and broad-minded budget chiefs.

This entry was posted on Wednesday, August 24th, 2011 at 2:55 pm and is filed under Budget, City Building, City Council, Municipal Politics, Newspapers, Philosophical Musings, Press coverage, The Toronto Sun. You can follow any responses to this entry through the RSS 2.0 feed. You can leave a response, or trackback from your own site.

6 Responses to According to Sue-Ann Levy