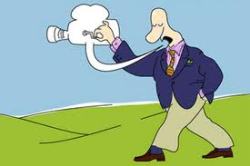 He sharpened this image during 10 years in the political wilderness as a councillor, always giving good copy with an outrageous quote and crazy antics, and never confusing anyone with an interesting or complex idea or thought about governance. Talk radio supplied him with a weekly platform to vent his spleen and paint the world in his black and white terms.

The pattern continued (after heavily test marketing and packaging it) on the campaign trail last year on his way to becoming mayor. Headline grabbing claims and statements. Easily digestible chants that even the dimmest of media types could churn out as sound bites. A tightly wrapped message, so impenetrable no questions, concerns or suspicions could leave any sort of lasting impression on it. The Ford Phenomenon. It could not be explained, so don’t try and understand it.

And it’s now morphed into Ford Nation since his election. Rule by media fiat. The mayor declares. It is so. Council bends to the will of the mayor because the media says resistance is futile.

The media doesn’t have to agree with the mayor or support his views at all. It just has to roll over and admit the mayor is all powerful, incapable of defeat or setback.

The media and the Ford administration have become co-dependents. They get breaking news stories via leaked documents and the mayor gets to govern without having to deal with the normal democratic process at council. Take the recent Auditor-General’s report on the goings-on at the Toronto Community Housing Corp. If my time line’s correct on this, the report was leaked to the Toronto Star on February 25th even before the TCHC had an opportunity to see it themselves on the following Monday. By the time they did, the mayor and his team had scooped it up and run with it, demanding exclusively through media channels that heads roll and calling for a complete overhaul of the management organization, all at the mayor’s behest, with minimal input not only from city council but the Audit Committee itself. The entity in place to deal with the report and to make recommendation that would then go to council for debate and ultimate decisions.

Guess what? The Audit Committee wasn’t scheduled to meet until March 24th. City council wouldn’t have dealt with this matter until after that, probably at their April meeting. It’s Mayor Ford who is demanding extraordinary, democratically dubious measures to be enacted here. 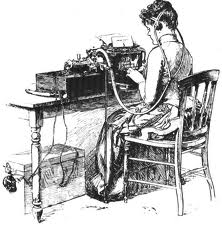 He is trying to limit debate on this issue, seeking to undermine proper oversight and insisting on being granted carte blanche to fill the TCHC board and management purely to his liking. Don’t ask questions. Just obey. This is a strong mayor system after all, right?

Yet, reading the newspapers this morning and listening to the radio, the noble march of democracy and citizen accountability was stopped in its tracks at yesterday’s council meeting by 16 (mostly all left wing kooks… probably) councillors who denied the mayor his 2/3s majority needed to waive established procedure and start debating and voting on restructuring the TCHC immediately. Because the mayor wanted to! The heaping amount of scornful derision directed at the likes of Councillors Adam Vaughan, Gord Perks, Shelley Carroll, Janet Davis, Paula Fletcher and Pam McConnell by our local rags was shocking in the degree to which it barked out the mayor’s party line. In case anyone reading the Globe started to see glimmers of a more nuanced, multi-dimensional angle to the TCHC story from its regular City Hall reporters, it unleashed the unhinged fury of one of their resident hacks, Christie Blatchford to execute a full on, full fledged hatchet job of the mayor’s council opponents. Over at the Star, Royson James was at his execrable worst, completely twisting the events at yesterday’s morning council session to fit snugly into the mayor’s narrative.

He might as well have added a little P.S. at the end of it. Can I have more access now please, Mayor Ford?

Even at the so-called liberal CBC, Metro Morning host Matt Galloway suggested that the councillors who voted against Deputy Mayor Doug Holyday’s motion were simply playing politics and delaying the inevitable. What’s that again, Matt? Exercising your democratic right to see that due process is followed is now ‘playing politics’? And why, ‘inevitable’? Simply because the mayor says so.

Remember when our mainstream press used to push back against power? When former mayor David Miller found surprise surpluses? (Creative accounting.) When Mayor Miller said he’d won significant concessions from city workers at the conclusion of the 2009 strike? (Oh, no he didn’t.) When he demanded that the province start paying its share of public transit and mandated services? (Going cap-in-hand to beg.)

What’s with the sudden turnaround and acquiescence toward the mayor’s office?  With such slavish devotion to the new boss, the press is undermining the democratic process at City Hall and inculcating the mayor with increasingly unchecked power that is answerable to few outside his inner sanctum. This kind of coverage allows Mayor Ford to bypass committees (and with that, citizens) and council itself where he just has to cobble together 22 other votes, a handful of whom simply fall into line because they don’t want to be seen bucking the trend of the inevitable that they read in their newspapers.

In his article, Royson James points out that the left leaning councillors ‘lost the last election’. As if that means all protocol, all normal procedures that have been set in place to get a vote passed at City Hall can be dispensed with. Yesterday, for the first time as mayor, Rob Ford lost a significant vote. 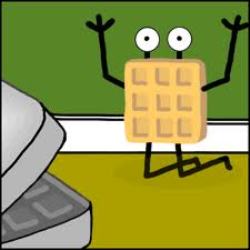 It happens. But instead of adhering to the customary path when such a thing occurs, the mayor is seeking to smash up the established process and have his way with council. The press is not only falling down on their job by refusing to call him on it, they are actively helping him achieve it by vilifying everyone on council who is attempting to stand up to him.

This entry was posted on Wednesday, March 9th, 2011 at 11:14 am and is filed under CBC, City Council, Municipal Politics, Newspapers, Press coverage, The Globe and Mail, Toronto Star. You can follow any responses to this entry through the RSS 2.0 feed. You can leave a response, or trackback from your own site.

5 Responses to Our Media Mayor