We have to stop overreacting to every mumbled declaration coming out of the mayor’s office. We really do.

And I don’t say this, casting aspersions.

I am the worst culprit. Whether the mayor (or his official mouthpiece and brother) pronounces Transit City dead or calls for an NFL team to make the city world class or sketches out half-baked subway plans or demands dictatorial mayoral powers, I trend outrage. Can you believe the shit coming out of their mouths?! What are they up to? My god, the sky is falling!!

It’s understandable, this reaction. The boys ran a near flawless election campaign, playing both to their candidate’s strengths and expertly exploiting the gaping weaknesses of his opponents, and installed a stratospherically improbable outsider into the position of mayor. Geniuses of the darkest kind.

So naturally we assume Ford & Co. are bringing that A-game to City Hall. We see machinations with every maneuver, political scheming at the heart of everything that comes out of their mouths. Earnest vigilance must be maintained as we comb through the nuances, trying to read the tea leaves of what is surely a diabolical plan to destroy Toronto as we know it.

I’m beginning to think that as much as we underestimated their power to elect Rob Ford, we’re now overestimating the team’s ability to run City Hall. 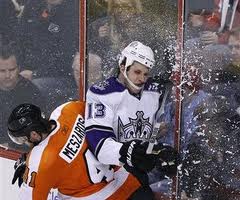 Having convinced themselves (and enough voters) that the solution to our woes was as easy as fiscal restraint, they have run face-first into the complex.. y glass of actual governance. And the degree of outlandishness in the statements issued from the Ford brain trust is directly proportional to the confusion and scattered thinking going on behind the scenes.

It’s a thought that came to me as I spent a day watching the Executive Committee in action. As ideologically and geographically rigid as it is, the mayor’s cabinet is not functioning like a well oiled machine. Not surprisingly as these are early days yet and this is their first budget process, made all the more manic by the expedited time frame that all signed on to. That some of the team now rail about the lack of quick answers, decisions and reports coming from staff and other committees is indicative of the lack of foresight running through the group. You cut the budget time in half, there are going to be hiccups and stumbles. To expect otherwise is simply admitting you don’t really know how things work.

Many members of the Executive Committee have been out of power positions for a long time if not always, so they’re just getting their sea legs. 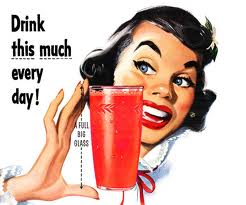 It also doesn’t help that those councillors who signed on to join Team Ford share, to varying degrees, the mayor’s simplistic view of governing. Stopping The Gravy Train, and all that. So, they aren’t the sharpest tacks in the carpet.

This is one of the drawbacks of the stronger (but not as strong as Doug Ford would like) mayoral system that was ushered in with the City of Toronto Act in 2006. Given the power to now pick an Executive Committee (as opposed to having it emerge from the elected chairs of the standing committees as was previously done), it’s all about buying into and running with the mayor’s vision, let’s call it. This is not unique to Mayor Ford. David Miller did the exact same thing in his 2nd term. The wider geographic and ideological representation of the Miller Executive Committee probably reflected a wider political view in the mayor rather than a less ironclad grip.

While purer, Mayor Ford’s committee is not without divergence. There are the star/power magnets. None more so than Giorgio Mammoliti whose slavish deference to the mayor is exceedingly creepy especially given the often times antagonistic relationship that existed between the two when they were both just lowly councillors.

Mammoliti’s devotion, however, is in all likelihood about an inch deep and predicated almost solely on how popular the mayor remains. Ditto Denzel Minnan-Wong.

Increasing their respective profiles also might explain the presence of councillors Ainslie, Berardinetti, Robinson and Thompson. None seem to be hardcore ideologues. Peter Milczyn is the administration’s apologist, countering every criticism of his crew with examples of how bad David Miller et al were. His list of grievances against them is as long as the councillor is short.

Then there’s the ineffability of Norm Kelly and Cesar Palacio. Who knows what’s going on with those two? One’s practically mute and the other, well, he asks questions that baffle more than they clarify. It’s not a language issue. Councillor Palacio seems genuinely confused and out of his depth much of the time on the Executive Committee.

The hardcore believers are Deputy Mayor Doug Holyday and Budget Chief Mike Del Grande. These two are Fordites through and through, believing whole-heartedly that all this city needs is some tough love and fiscal discipline to straighten it out. It’s almost endearing, in a doddering, grandfatherly way in the deputy mayor whose inevitable outburst at the table is always followed by a little nap.

The budget chief is the one to watch, however, as much as he claims to be out of the loop sometimes. Proudly bearing the badge of Michael Del Grande, Chartered Accountant, 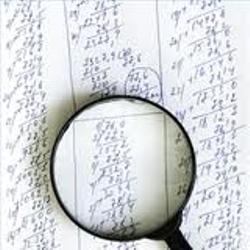 he appears convinced that he can vanquish the budgetary beast with the simple math one uses in running a household. Don’t spend more than you earn. Anything else is simply an extravagance which We. Can’t. Afford. As he so tells anyone who thinks otherwise. Government’s just like a business. It’s. As. Simple. As. That.

The outlier on the Executive Committee is the disagreeable David Shiner. He seems much more aware of the reality than any of his compatriots. At least twice yesterday, he plaintively bemoaned the lack of provincial funding for the operating budget of the TTC. What’s that you say, apostate? Surely you don’t mean to suggest that the city actually has a revenue problem! Take that back and chant along with the mayor: the city has a spending problem. Combine that with the proposed plans from the city’s finance department to ask the province for a piece of the HST and things at the committee were beginning to sound downright Millerite.

Which could go to explaining at least some of the motivation behind Councillor Doug Ford’s outburst in the Globe yesterday about the mayor needing increased powers to run roughshod over the council. It may be borne of frustration and a growing realization that running City Hall is nothing like running a business. Not even close. 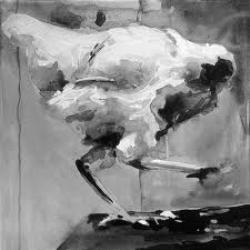 Instead of seeing ulterior motives in such assertions, we should see admissions of, if not failure, than recognition on the part of the administration that this isn’t going to be as easy as they’d originally thought. Slogans drive campaigns. Slogans get slaughtered in the halls of power.

That is not to suggest we let slide the crazy notions that get floated from the mayor’s office. Let’s just stop immediately assuming that they’re part of some devious, Machiavellian plot. Chances are, they’re signs of commotion, disquiet and desperation in the ranks as they come to terms with the possibility that they’ve bitten off more than they can chew and are severely under-equipped to deal with the enormous task at hand. Accepting that, we can than adjust our response accordingly.

This entry was posted on Friday, February 18th, 2011 at 1:54 pm and is filed under Budget, City Building, City Council, Municipal Politics, Newspapers, Provincial Politics, The Globe and Mail, TTC. You can follow any responses to this entry through the RSS 2.0 feed. You can leave a response, or trackback from your own site.

One Response to Problems With Governing