Is it discombobulation I’m experiencing? I am distracted, to say the least.

Not wanting to get out of my bathrobe today, I made the short jaunt to the office wearing it. Hey. It’s unseasonably warm out there, my friends. And it’s not like it’s a long commute. 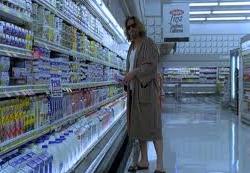 A couple, 3 stops. And needless to say, I wasn’t alone, wearing morning flannel on the streetcar. At least I had the decency of wearing something under the robe, unlike someone sitting next to me, let’s call him ‘Brett Favre’, who absolutely refused to cross his legs.

My fears of what I would find (or not) at the office when I got here were well founded. Against my better judgment I’d left Acaphlegmic alone when I headed out to mourn and commiserate with the crowds reeling from last night’s election results. He’d rounded up a couple fellow Ford supporters, and they were cleaning out our bar stock while singing Eye of the Tiger and other Rocky theme songs. I should’ve kicked them out but had little fight left in me.

This a.m. not only was all the liquor gone but most of the office had been ransacked as well. Don’t get me wrong, I point no fingers at the character of Ford supporters. Acaphlegmic is not a stranger to petty larceny, so I’m keeping the blame entirely in house on this one.

The more startling aspect of what I was looking at, over and above the fact that the office had been largely cleaned out of its contents, all the windows were sealed up with that plastic wintertime shrink wrap. Why, I wondered. The place was a sweatbox no matter what time of year.

Yes, it’s going to be a strange next 4 years.

Which is probably why Acaphlegmic will fit into the Ford era so perfectly. My other colleague, however, might not be so adaptive to the change. I’d met up with an ashen faced Urban Sophisticat along my magical misery tour last night. Much of his lack of colour could be explained by an adverse reaction to the evening’s election outcome. Some had to be due to the fact that I’d found him out on a patio furiously puffing on a pipe. A pipe?!

“They want to call me an ‘elite’?” he told me in response to the quizzical look on my face. “I’ll give them elite.” He then inhaled a little too defiantly, sucking smoke deep into his lungs and setting off on an extended coughing spell. Poor Urban Sophisticat. He hasn’t the constitution to cope with the coming 4 years. They’ll eat him alive. I wanted to give him a hug of deep consolation and assurance but between the hacking and smell of singed hazelnut, well, we’re not that close. I moved on before he started expiring blood. 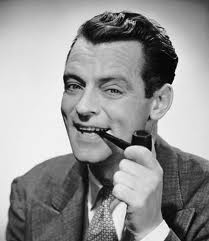 That is not to say I possess an unassailable sang-froid about the Ford situation. What’s eating me this morning is the idea that I’m very much responsible for this fiasco. Perhaps if I hadn’t started this thing and joined in on the municipal politics conversation way back in January, things would not have transpired as they did. Before we here at All Fired Up in the Big Smoke appeared on the scene, there was only 1 Ford at City Hall. Now there are two. How can’t that be our fault? Maybe if we’d just kept our big yaps shut and simply continued doing what we were doing (I was content enough at my millinery work), things would not have turned out so very, very badly.

Of course, correlation does not imply causation. I may be taking myself a little too seriously, magnifying my importance in all this, way out of proportion. (You think?) But as I sit here, in my robe, in a plundered office, I cannot help but think that as a part of a movement, we did not beat back the storm of anger that descended upon the city. We did not/could not counter the anti-everything sentiment that swept over us last night. Instead, we chose the route of ridicule and disdain; dismissive of the feeling of alienation and outrage that was allowed to run amok, allowing the unbelievable to become the improbable that blossomed into the inevitable.

Rob Ford’s success was our failure. There’s nobody else to blame.

Accept it. Learn from it. Move on. A much bigger battle lies ahead.

And why is it so fucking hot in here!

This entry was posted on Tuesday, October 26th, 2010 at 12:47 pm and is filed under City Council, Elections 2010, Municipal Politics, Philosophical Musings, Race 4 Mayor. You can follow any responses to this entry through the RSS 2.0 feed. You can leave a response, or trackback from your own site.

6 Responses to The Bloody Aftermath