What’s The Story With John Tory?

I was asked the other day what it was we here at All Fired Up in the Big Smoke would write about after October 25th. Pointing out that life does go on after an election, and a city will be run – for good or ill — regardless of who does the winning next Monday, 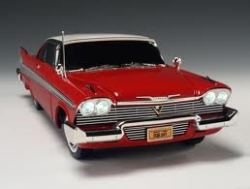 so it will probably be more important to follow what’s going from that point than it was throughout the campaign. That’s when they can do the most damage.

“One thing I definitely won’t be doing after October 25th,” I went on, “is listening to another single word that comes out of John Tory’s mouth.” Unless I were to find myself mysteriously trapped inside a demonically possessed car during a weekday sometime between the hours of 4 and 7 pm, the radio dial refusing to budge from Newstalk 1010, driving me to the brink of insanity. I rule nothing out. Odder things have happened.

It seems almost as if we’ve come full circle since our debut post, way back on the first official day of campaign 2010. We exhorted Mr. Tory not to enter the race as we believed that he really brought nothing but baggage to the table. It was nip and tuck there for awhile, as he hummed and hawed, Hamlet-style, before officially declining sometime in late August. Pheee-ew, we thought. That’s that.

And yet the man hung around, always lurking near the spotlight, a regular debate moderator. Now, I realize Tory’s a Toronto media figure 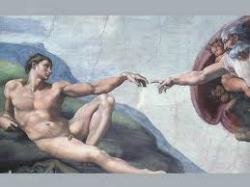 and wasn’t the only one of that breed who took part in the process. But he was treated as something more, like some civic sage, successor of David Pecault at the helm of the Toronto City Summit Alliance. An agent positive change.

Now come the much heralded and desirable John Tory endorsements. Candidates (challengers and incumbents alike) flaunting His benevolent tap on their shoulder as the chosen one of their respective ward. Vote For Us Because John Tory Would If He Lived Here.

Can I just take a moment and remind everyone that JOHN TORY WAS NEVER MAYOR! He lost the 2003 election after which, he did not stick around to contribute to the general well being of the city, but moved on to bumble and stumble through the vast wilderness of provincial politics, before getting chewed up and spit out back here. You don’t like the notion of a career politician? How do you feel about a failed career politician?

As a professional pontificator doing his schtick on the talk radio circuit, Tory has done his part to create the atmosphere of Toronto being a failed city under the Miller administration. Wise, objective truth telling or a little personal score settling; burnishing his own halo as the one that got away? If only we’d voted for John Tory in 2003, things would be so much better now… 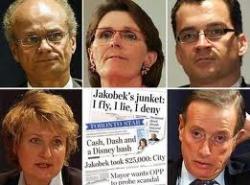 A second reminder, folks. Before declaring himself a candidate for mayor back in 2003, a certain John Tory was a member of the infamous Mel Lastman ‘kitchen cabinet’. Ahhhh, Mel Lastman. Remember that guy? He and his cronies bear much responsibility for whatever financial straits the city finds itself in now with their ill-advised property tax freeze (hello, George Smitherman) and outright refusal to deal with the financial realities taking shape under amalgamation. As corrupt (of the official, MFP kind as opposed to the Rob Ford pretend stuff) as it was inept, it left behind a city reeling under not only weak governance but more than a little red-faced out there on the international stage. From that, we are to somehow jump to the conclusion that John Tory would’ve made a great mayor.

No, in more perfect world, a John Tory endorsement would be treated as pure poison to any candidacy. Yeah, thanks for that, Mr. Tory. But you know, my opponent has a lot to offer too. 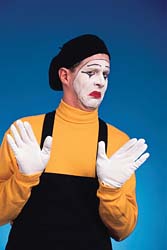 Here, take a look at their campaign literature. You’re going to like what you see. Instead, it’s a big deal to be trumpeted, perhaps even a game-changer in a close race. That says as much about the truly twisted nature of this campaign than even the fact of Rob Ford being one of the front runners. Unimaginable, lamentable and more than a little unsettling.

This entry was posted on Sunday, October 17th, 2010 at 1:47 pm and is filed under City Building, City Council, Elections 2010, Municipal Politics, Press coverage, Race 4 Mayor, Toronto City Summit Alliance. You can follow any responses to this entry through the RSS 2.0 feed. You can leave a response, or trackback from your own site.