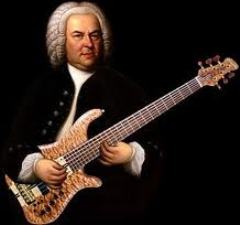 Sitting here in the quiet of the office, the Goldberg Variations playing soothingly, at least in part to help drown out the snoring of Acaphlegmic who’s crashed on the couch having just returned from what he thinks was last night’s Nuit Blanche. Who knows what passed as art to him on his peregrination throughout the city.

There is a truly autumnal feel outside today and a kind of grayness fills the sky that crushes any last hope we might have still been harbouring that summer is not yet over. The peaches I bought yesterday aren’t nearly as sweet as the apples were. This means it’s now time to get back to business, nose to the grindstone, flip-flops replaced by wingtips.

Conventional wisdom had it that once Labour Day was past us, the serious campaigning for City Hall would begin with people setting aside their Harlequin romances and picking up a newspaper. We’d see a determined focus descend upon the proceedings; all ant and no grasshopper.

It’s go-time, laggards. No more messing about. We have a mayor to choose.

Maybe because we here at All Fired Up in the Big Smoke have been at it since the very beginning, way back on January 4th, but we’re just not feeling it. There’s no palpable sense of excitement or anticipation in the air. It’s much more like, dread and resignation. “Holy fuck. Do we really have to do this?”

The exception, of course, is over at the Rob Ford camp. They seem absolutely juiced about getting their guy elected mayor so that he can finally mete out some long overdue justice against all us downtown elite, tax and spenders. Yeah, it’s our turn, baby! You’re going to feel our rage. Positively negative, in other words. Building a brighter future through petty short-sightedness.

I’m sure there are those working for the other 3 “major” candidates who are just as passionate about their respective standard bearer but, frankly, at this stage it looks more defensive than anything. It’s in reaction to the Ford surge rather than proactive. 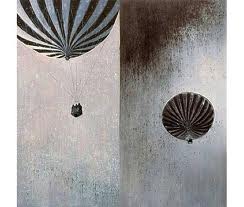 Despite the glaring shortcomings of the front runner, neither Smitherman, Pantalone nor Rossi have been able to convince enough voters that they’ve got the goods to not only prevent a Ford win on October 25th but also ably lead this city in these trying times.

Leaving those of us still luxuriating on the gravy train with the dismal prospect of voting against someone not for them. There’s nothing upbeat or invigorating about that. It certainly doesn’t prime our pumps as we gaze anxiously into the future. At this point, things look as dreary as it does out our windows today. Damp. Dark. Dismal.

It’s also discordant (to continue my alliterative string). As we prep our plans to participate (can’t seem to help myself) in the actual Nuit Blanche, the energy and verve that will be out on the streets tonight runs contrary to everything we’re hearing from the front running mayoral candidates, save Joe Pantalone.

Toronto is a city that feels like it just might finally be growing comfortable into its skin. Problems? Unquestionably. But I hazard a guess that they’re problems most cities around the world wish they only had.

So between now and election day, we need to take a moment to seriously consider whether we really want to vote for someone — under any circumstances – who thinks otherwise.

This entry was posted on Saturday, October 2nd, 2010 at 2:00 pm and is filed under Elections 2010, Municipal Politics, Philosophical Musings, Race 4 Mayor. You can follow any responses to this entry through the RSS 2.0 feed. You can leave a response, or trackback from your own site.

One Response to Resist The Darkness