Maybe it’s the heat that’s making me so ornery.

Or maybe I’m no more ornery than usual but with all the sweaty and stickiness, I just feel ornerier. Or maybe, just maybe, quite possibly, it’s the ease with which all levels of politicians have been sniffing at and dismissing the basic tenets of a democratic society that has me so hot under the collar. No amount of A/C or electric fanning is bringing me relief.

Watching the debate at City Hall yesterday was disconcerting enough. Councillor Mark Grimes put forth a motion that would see council issue a big ol’ thank you to all the city workers, police and police chief who worked so diligently before, during and after the G20 summit. What it really amounted to, however, was nothing more than a purely partisan maneuver, designed to flush out all those police-hating, anarchist-loving lefties who, according to conventional wisdom, occupy a majority of the seats on council.

That a right wing politician would politicize this issue is entirely unsurprising.

When you’re riding a wave of a bankrupt and discredited ideology, what else have you got outside of simply trying to make your opponents look as unprincipled as you are? Perhaps it should be equally predictable that if there were progressives and left wingers present in council chambers yesterday, none stood up to defend themselves or their beliefs. Because, let’s face it, true dyed-in-the-wool, small ‘l’ liberals have been ducking for cover for 30 years now, trying to put their best pro-free market, pro-authority faces on lest their patriotism or sanity be questioned. You’re either with us or you’re against us, remember?

So it was left to two retiring councillors, Michael Walker and Brian Ashton, neither of whom one would call progressive lions, to stand up and make very qualified peeps in defense of civil liberties, freedom of speech and due process. Both, of course, ended up voting in favour of the motion to thank everyone for a job well done. As did the mayor but not until after he take another opportunity to reveal his inner reactionary. Telling of how for the first time in his political career he needed a police escort to leave City Hall on Black (Bloc) Saturday, he essentially condoned the sentiment that if a politician is scared, civil rights are easily jettisoned. With that stated, the motion was passed unanimously. No dissent. Zero. 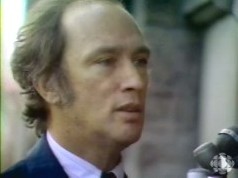 That, my friends, was simply a precursor to the real show of authoritarianism and autocratic thinking. According to the Toronto Star, Premier Dalton McGuinty actually said this in the face of some of his caucus concerned about their government’s involvement in the whole G20 mess: “Just remember, the same guy who gave us the Charter also gave us the War Measures Act.” I’m sorry. What did you just say? Are you equating the June 25-27 G20 protests in the streets of Toronto to the FLQ crisis? Really?!

Nevermind the mind-boggling lack of proportionality in that statement – the only kidnapping and murder committed at the G20 was of that very same Charter McGuinty mentioned and at the hands of politicians of every stripe – his comprehension of history goes beyond staggering.

The War Measures Act was controversial and it cleaved a major rift in progressive circles which Trudeau never fully healed even after shepherding in the Charter some 12 years later. So raising its specter doesn’t really alleviate concerns about the role in revoking the rule of law the Premier played. Moreover, you’ve delivered us your War Measures Act, Dalton, show us your Charter of Rights and Freedoms.

More sinister still, however, during the same closed door session the Premier apparently uttered out loud this beauty: “Don’t forget about the silent majority.” 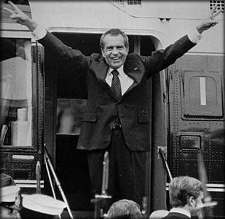 In all likelihood, McGuinty was merely alluding to polls that show a majority of people asked had no problem with how the police dealt with the situation at the G20 but was he oblivious to where that term originated or did he actually intend to align himself with the doings of former U.S. president Richard Nixon? This was a politician who used his perceived support among a majority of upright Americans (as opposed to the dirty hippies) to justify a secretive bombing campaign of a non-combatant country, the mowing down of 4 unarmed war protestors at Kent State and an increasingly elaborate and paranoid, not to mention entirely illegal, wiretapping operation to ferret out his enemies. This is how our premier wants to rationalize his actions? 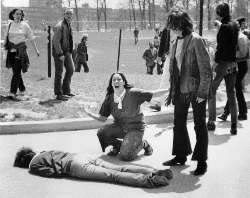 It should be painfully obvious at this point that those who believe in the fundamentals of our Constitution and Charter of Rights and Freedoms, and all that underlying crap of living in a true democracy, have been abandoned en masse by their politicians. The choice between liberty and security has been made for us whether we like it or not. We no longer have elected representatives. They have become caretakers at best, overseers in times of distress and dissent.

It would be heart-stoppingly chilling if it wasn’t so fucking hot outside.

— hot and botheredly submitted by Cityslikr

This entry was posted on Thursday, July 8th, 2010 at 12:09 pm and is filed under City Council, G20, Law, Municipal Politics, Newspapers, Press coverage, Provincial Politics, Public Works Protection Act, Toronto Star. You can follow any responses to this entry through the RSS 2.0 feed. You can leave a response, or trackback from your own site.

One Response to The Day Democracy Died Just A Little