Dance And Sing Like A Puppet On A String

So where were we?

Oh yeah, that’s right. In the middle of a municipal election campaign. 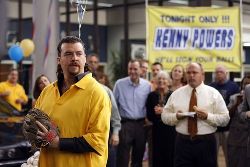 One of the things that linger on after the whole, sad G20 debacle is the minor role our elected local officials played in how everything transpired. Insignificant, one might even say. That is, until after the event, when Mayor Miller stepped front and centre in an attempt to defuse the anger about over-zealous police tactics and defend Police Chief Blair and his troops. Like a former fireballer and ace of the staff whose blown-out shoulder had reduced him to mere mop up duty, used exclusively in games where the outcome is no longer in doubt, the mayor succeeded only in tarnishing his own image.

His performance also revealed just how little power municipalities actually have when the big boys from the senior levels of government come to town. The mayor went to great lengths to deflect outrage off the security forces and onto Stephen Harper for the feds’ seemingly arbitrary decision to put the meeting right downtown instead of at Exhibition Place where the mayor claimed he had suggested. 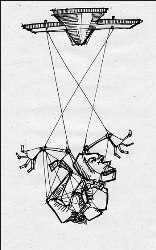 That’s fine, as far as it goes, but we all knew this beforehand. It did little to directly address the issues of excessive use of force or extraordinary police powers in search and detainment that has shocked and appalled a healthy consensus of Torontonians.

Moreover, it raised an intriguing question to our minds here. If Mayor Miller was so convinced about the ill-advised placement of the G20 gathering after having his advice ignored, did he have the power to inform the federal government that he was ordering his police chief not to participate in the defense of the G20 compound? If the PMO was intent on bringing the inevitable disruption and contentiousness to Toronto’s core, it was going to be up to them alone to enforce security without the assistance of the city’s police force. No numbers of water and sound cannons, surveillance cameras and overtime would entice our police into the fray.

If our mayor, council and police services board don’t have that kind of authority, why don’t they? Because if they don’t, it means that those we elect to serve our local needs and wishes are nothing more than handmaidens to upper levels of government, mere facilitators for whatever whims overcome politicians in Ottawa and Queen’s Park.

Ultimate control of what happens in our cities does not reside where it belongs: municipal officials.

And by extension, the elections we hold every four years for representatives at City Hall are ultimately meaningless. While we have always argued that the decisions that get made at a local level are of the utmost importance to our daily lives and should be treated accordingly, such import is severely undermined if upper levels of government can simply impose themselves upon us or on the qt unilaterally change laws (or the impression of them) that adversely affect us. That’s not inclusive democracy. It’s rule by fiat.

In the G20 aftermath, this should now be a key election issue during the municipal campaign. Rather than spending time and energy attacking each other on their minor platform differences, our mayoral candidates need to start standing up for the city they want to lead. To ensure that the events of June 25-27, 2010 never happen again, we need to demand more powers for municipalities, a devolution if you will, in order for the citizens to directly hold decision makers responsible for the situations they create. 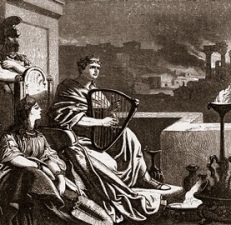 Anything less should be considered rearranging furniture in a house with crumbling foundations.

This entry was posted on Monday, July 5th, 2010 at 12:05 pm and is filed under City Council, Elections 2010, G20, Law, Municipal Politics, Province of Toronto, Provincial Politics, Race 4 Mayor. You can follow any responses to this entry through the RSS 2.0 feed. You can leave a response, or trackback from your own site.