It’s Friday somewhere including right here and if you’re reading along right now you know that it means Meet A Mayoral Candidate!

Up this week: Tibor Steinberger for Mayor!

Without any practical journalistic skills outside of Googling and Wikipedia, we haven’t been able to dig up much about candidate Steinberger the person which is just fine with us frankly. Usually, the more we find out about those seeking public office on a private level, the more we grow to dislike them. But maybe that’s just the misanthrope in us shining through a little.

What Mr. Steinberger lacks in terms of a personal bio he more than makes up for with the wealth of issue oriented material that he provides. He has plenty of ideas about how to make Toronto a better place proving once again that, generally speaking, there is an indirect proportionality between the amount of thought a candidate puts into their platform and the degree of coverage they receive from the mainstream media. Shoddiness and laziness begets shoddiness and laziness, I guess.

Sifting through Mr. Steinberger’s extensive To Do List in an attempt to formulate a unified campaign whole, we’d have to say that first and foremost this is a pro-business candidate. If elected mayor, Mr. Steinberger would cut taxes for businesses that employ people in Toronto and those hiring the handicapped and disabled. He would set up mentoring programs to help those wanting to start their own business. To further enhance Toronto’s business environment, Steinberger would finally build that bridge to the island. Under a Mayor Steinberger, there’d be a designated annual “Toronto Business Appreciation Day to thank the businesses operating in this fine city for bringing all kinds of products and services to the people that live here.” A Mayor Steinberger would let the whole world know that “Toronto is open for business.”

Now normally, politicians who say that kind of thing leave us very, very cold. It makes the city sound like some low rent red light district. But Tibor Steinberger is not simply about things at the expense of people (to paraphrase another mayoral candidate). He seems genuinely concerned about the less fortunate, the homeless and those afflicted by addiction. His approach to helping them ranges from the straightforward – levying taxes on alcohol to help pay for rehab programs, using vacant city land for temporary housing – to the less conventional. Steinberger would float barges holding empty shipping containers that would serve as shelter.

However, there is a limit to Mr. Steinberger’s generosity. In fact, there is something of a punitive streak running throughout his list of ideas. He is willing to help those who are struggling as long as they make an attempt to get back on their feet again. If they don’t want to work then they don’t belong here. Tough love, it would be and something Steinberger would be unafraid to wield at a number of levels.

He’d build Toronto a new jail not because the present one is in a deplorable state but because it’s too small. The use of red light cameras would be increased and photo radar reintroduced. Steinberger’d institute higher rates of fines for lawbreakers especially re-offenders. The infinitely escalating scale of fines would offset the cuts to such taxes as the land transfer and vehicle registration tax that Steinberger wants to see abolished.

That’s not to say that this is just another law and order candidate. With all the talk this campaign of restoring fiscal sanity to the city’s finances, there has been almost no discussion over the unrestrained growth of the police services budget. The tough talking, bully boy mayoral candidates have been all about staring down the unions at City Hall and in the TTC with nary a peep in the direction of the police. Mr. Steinberger has no such hesitation, promising to “set up an inquiry into why so much money is being spent on our police force.” Oh, snap! What do you say to that, George Smitherman?

Lest anyone think Tibor Steinberger is some kind of police hating nut, however, he does believe that “our police force is the best trained in the country and our men and women in the Metro Police are still being overworked and the taxpayers should know why.” So somehow we’re managing to both overwork and overpay the police. Obviously an inquiry is in order but at least Steinberger is willing to break the cone of silence that’s descended on the issue so far in the campaign.

Mr. Steinberger’s seeming dichotomy on the whole policing question is emblematic not only of his candidacy but of the mayoral race in 2010. People are demanding financial restraint but don’t want to see services cut or user fees increased. They want a better transit system but think our taxes are already too high. We want more but want somebody else to pay. In this sentiment, Tibor Steinberger perfectly encapsulates why politicians of all stripes cannot possibly meet our impossibly high and unrealistic expectations.

Thus, his campaign motto, A Vote For Me Is A Vote For You, sounds very appropriate right now. When asked our question, If the present mayor would like his legacy to be that of the Transit Mayor, how would a Mayor Steinberger like to see his legacy written?, his answer was: “[The] Mayor Steinberger legacy is simple, Listened to the people and fixed the broken city and made Toronto safe without raising property taxes.”

Simple. Compassionate. Contradictory. Tibor Steinberger is most definitely a candidate for our times.

OK, print’s a bit smaller today as I feel like I should speak on this subject in hushed, whispered tones because no none else seems to really want to talk about it. At least, not out loud in the presence of mixed company. The walls, they do have ears.

Just looking at the breakdown of this year’s proposed operating budget and I can’t help noticing this really big, slightly cantankerous elephant in the room that is going unremarked on. With all the talk about budgetary shortfalls, cutbacks and sell-offs of municipal assets, why hasn’t there been so much as a peep of protest about the sizeable slice of the money pie being handed over to the Police Services Board?

According to this city issued chart I’ve been going over, of the $2427 property tax bill that a house assessed at $400+ K will have to pay in 2010, $607.38 of that would go to the Police Services Board. By my amazing powers of long division, that works out to just over 25%. Not including the $977 for education which is collected in a separate stream, we pay more for our policing than other city provided services. By a long shot. The much maligned TTC takes in just a 14.4% share while the equally vilified city council costs us a whopping .01%.

Yet all I’ve been hearing about is how we need to sort out the TTC from top to bottom, making it more efficient. Rocco Rossi pledges that if elected mayor he’ll cut his salary by 10% which by my calculations will save Toronto exactly… I don’t own a calculator that has room for that many zeroes after the decimal point. But nothing, is what I’m saying. A complete and utter empty gesture.

Yet the police budget continues to rise and—

Oops. Started shouting there. Hope no one was listening. Nothing but crickets from the council and candidates out on the hustings. Have we just decided that it is money well spent? The crime rate is low and continuing to drop and that’s because we keep increasing the police budget?

If this is so, then why don’t we apply the same logic to other municipal departments? Let’s jack up the spending on libraries, why don’t we. Raise literacy levels around town. Or following the same line of reasoning, if we spent more than the 7% of every $2427 property tax bill on Shelter Support and Housing Administration, we might actually put a dent in our homelessness blight.

I mean, if spending more on the police = less crime, why wouldn’t it work for other municipal departments? Why are we, at least, not even talking about it? To propose increased spending on the TTC is derogatorily categorized as simply throwing money at the problem while higher budgets at the Police Services is deemed prudent fiscal management. How come? If crime were to suddenly spike upward, we’ll then take money back from them, right? That’s what’s happened in the past, if memory serves. Crime rate goes up, all right thinking folks demand we start giving the police less money.

For a bunch of tough hombres, the likes of Mssrs. Smitherman, Rossi, Mammoliti and Ford sure purr like a pack of pussycats when talking about Toronto’s EMS especially Police Services. On that score, they’re not alone. Everyone who’s talking about out-of-control spending on the part of our municipal government, from politicians to journalists and outraged citizens, seems to exclude the police, fire department and EMS from their Things To Cut list. So much so that it’s not even a topic of discussion. 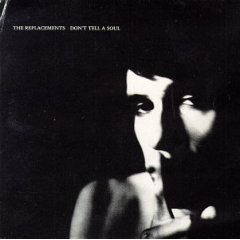 Why is that, is all I’m asking. If everyone’s expected to make sacrifices during tough economic times, shouldn’t that really mean everyone?

Damn! Got a little loud again. Fingers crossed no one was listening.