News just broke that the police have charged a driver with manslaughter in the vehicular death of a skateboarder yesterday.

To use the rather indelicate language of my colleague, Cityslikr, have we lost our fucking minds?!

What situation could possibly arise, what confrontation so dramatic that anyone could justify, rationalize using their automobile as a weapon?

And this is not some isolated incident, some lone sociopath behind the wheel of a car, meting out a little frontier justice at some perceived slight.

Let me back up here. [Hopefully no one’s behind you. Did you check your rear view mirror first? – ed.]

I’ll try not to convict the alleged manslaughterer in my own court of public opinion. He’s simply been charged. Perhaps a judge and/or jury will look at all the evidence and decide that the situation was nothing more than an unfortunate accident. But it seems witness accounts of the incident along with some video footage that caught a portion of it [Unlike, say, the video catching a Toronto Star reporter red handed in the act of spying on Mayor Ford’s kids. – ed.] is compelling enough for the police to proceed with the charge.

But I don’t think it too wildly off the mark to suggest that road rage has become endemic. How many days do any of us experience, whether driving, cycling, walking, skateboarding, free of shouted profanities or flicking off of others either between drivers or across transportation modes?

How many blocks do you go before experiencing the grating sound of an aggressive horn announcing that somebody’s pissed off with something somebody else is doing?

All leading to the inevitable, unsurprising yet still totally shocking outcome that occurred yesterday.

Where does such anger come from?

I’d argue that, at least in part, it comes from a deep well of entitlement. What’s that bumper sticker read? As a matter of fact, I do own the road. Watch then councillor Rob Ford’s speech on bike lanes from a few years back. “What I compare bike lanes to is swimming with the sharks. Sooner or later, you’re going to get bitten.” [Or have your head smashed open on a curb. – ed.] “Every year we have dozens of people hit by cars or trucks. Well, no wonder. Roads are built for buses, cars and trucks. Not for people on bikes. And my heart bleeds for them when I hear someone gets killed but it’s their own fault at the end of the day.”

This is not to pin blame for the skateboarder’s death directly on the mayor. [Absolutely not. He didn’t specifically say skateboarders don’t belong on the roads. – ed.] But his laissez-faire attitude toward non-drivers’ fate if they dare hazard road travel more than reinforces the privileged sense of entitlement many behind the wheel carry with them.

So no, it’s not a case of counselling murder [Although the odd dust-up or casual contact on your way to work can be a source of grins and chuckles to the mayor and his councillor brother. – ed.] so much as it is absolving motorists of any responsibility for their actions.

“And my hearts bleed for them when I hear someone gets killed but it’s their own fault at the end of the day.”

Tagging along with Cityslikr on his Scandanavian fact-finding mission last week, I was struck by how a civilized, non-car first society deals with, ummmm, living in the 21-st century. Pedestrians, cyclists and cars share the roads equally and, seemingly, in that order. Might doesn’t make right. In 1997, Sweden undertook a traffic safety initiative called Vision Zero. It’s goal? “No loss of life is acceptable.” The exact opposite sentiment to one that includes ‘well, at the end of the day…’ as we wipe our hands clean.

“In every situation, a person might fail. The road system should not.”

While lifting responsibility off of individuals as the primary cause of traffic accidents, Vision Zero looks to design traffic systems that minimize the damage done when accidents happen. Speed Kills, Safety First and all those other touchie-feelie, kooky, left wing European sensibilities. So along with promoting safer car design, for example, there’s much talk of ‘traffic calming’ and ‘pedestrian zones’ and the kind of thinking that doesn’t simply put ease of mobility before personal safety. 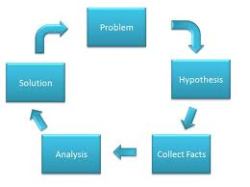 At the end of the day, really, the fault for injuries and fatalities resulting from traffic accidents lies at the feet of those who view transit through the single lens of speed first and the primacy of the private automobile above all other forms of personal transport. To shrug off the death of a cyclist under the wheels of a motorized vehicle or a pedestrian struck down in the middle of the road with a, well, they shouldn’t have been there in the first place or they should’ve looked both ways simply lays the groundwork for the more homicidal tendencies of a small percentage of drivers who become temporarily unhinged behind the wheel. The roads are built for cars, goddammit! Get the fuck out of my way!!

If a cyclist or pedestrian or skateboarder or rollerblader isn’t supposed to be on the road then they can be viewed as trespassers when the are. Indulged or tolerated at best, the situation can be made dicier if they don’t exhibit the proper amount of deference. And occasionally when they push back hard enough and exert their right to use the roads, they take their lives into their own hands, swimming with the sharks as they are. It’s an easy escalation.

An acceptance of accidents (fatal or not) as just a part of doing business normalizes death on our roads. Shit happens. What are you going to do? Don’t want to get hurt? Travel around in this biggest, meanest vehicle you can find. [Hey! That gives me a great promotional angle to sell cars. Note to self: target soccer moms. – ed.] The more of us who do that, the more traffic there is, the more confrontation. Road rage just comes with the territory. Don’t want to get hurt? Show some respect and let me have my way.

These aren’t rules of the road. It’s a guide to survival of the fittest. As a matter of fact, I do own the road. You’ve been warned. Use it at your own risk.

[And as we go to post, news of a cyclist struck by car earlier today. – ed.]