Men with serious shoes and bags of flavoured pita chips present their parking tickets for store validation as their first order of business with the check-out cashier. 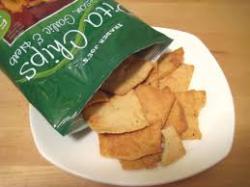 Ushers inform the audience of the running time of the film they’re about to see, assuring them that it’s well under the 3 hour free parking limit. “If you choose to stick around after the movie to grab something to eat or do a little shopping,” the usher continues, “the validation machine is down on the second floor so drivers can get themselves a discounted parking rate.”

This is a city firmly gripped by the cult of the car.

I drove a rental car to the pedestrianized area of downtown Culver City where I paid a full $3 to park for 2 hours. If I’d taken transit, it would’ve cost me $3.50 (x 3 people) round trip. And don’t talk to me about the additional dollars for operating a motorized vehicle unless you’re prepared to also talk about the society wide externalities of automobile use. 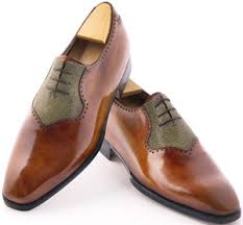 On my runs and walks through nearby neighbourhoods, travelling south from Santa Monica Boulevard, as the midrise condos and apartments give way to fully detached single family houses, residential streets are full of parked cards, on both sides of the road. These are areas with long driveways running up and into long lots. Driveways, many of which are already filled with two cars with space for one or two more, and yet still, drivers and their vehicles appropriate the streets, their street numbers stencilled into the curbs in front of the house.

This is a city fully engulfed in car cult madness.

“Cars are wonderful, but they’re very expensive in terms of their impact on the environment and the cost that it takes to maintain them and to keep them up,” [Dallas City Manager A.C.] Gonzalez said. “But they’re wonderfully convenient.”

Like Los Angeles, Dallas, Texas is another city trying to come to terms with its car-centricity, not just in terms of mobility but equality. It turns out the two are inextricably linked. 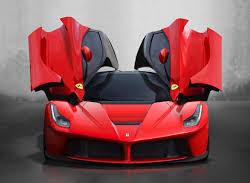 Maintaining the private automobile atop your transportation system hierarchy is expensive and ultimately unsustainable, the heaviest burden, unsurprisingly, falling on those individuals and communities least able to afford keeping pace. Convenient for some translates into out of reach and impractical for others.

An enforced car reliance is an attack on equality and fairness. You might not need a car in places like Los Angeles to conduct the business of living but the reality on the ground is that it’s a whole lot tougher if you don’t drive. 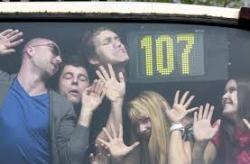 Google ‘carless los angeles’ and you get an immediate sense of the novelty of it. Unless of course you’re looking at low income, racialized parts of the city.

There’s no question Los Angeles is currently undergoing a transformative, higher order transit build. Subway and LRT extensions all over the place! Yet there’s some question that it’s come at the expense of bus service, draining much needed operational and capital needs and resulting in service cuts and fare hikes, negatively impacting the biggest users of public transit in the city, bus riders. Some of the most vulnerable residents of the city left to fight it out over much-contested road space against the undisputed transportation kings of the road, car drivers.

A transit system that remains 2nd-class, always taking the backseat to the needs of private automobile owners, will never be a viable option to those with a choice whether to use it. 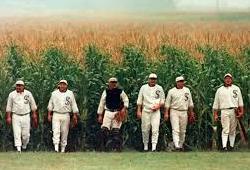 As long as car driving remains subsidized and given preferential treatment as overwhelmingly as it is here in Los Angeles, public transit will continue to be an after-thought to everybody who sees it as an after-thought already, a nuisance, something for other people. Public transit isn’t Field of Dreams. Simply building it is not enough. You have to attack the culture, mindset and privilege that inhibit its progress.

How? You start by stop validating the primacy of private car use in your transportation system.