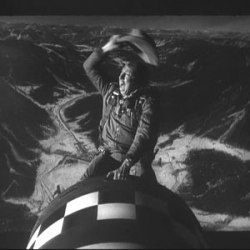 There’s going to be no logical, reasoned way of keeping Rob Ford from becoming mayor, is there. He’s hopped aboard the Resentment Rail, hoping to ride it right into office, cheered on by the Persecution Choir and its conductor, Sue-Ann Levy, chief Pamphleteer and Disseminating Dissembler of Disinformation.

Uhhh, Mr. Ford? You may want to check that letter you got from the city’s Chief Corporate Officer, Bruce Bowes, advising you that you’d contravened both the councillor expense policy and Council’s Code of Conduct when you made your Taxpayer Protection Plan announcement in Nathan Phillips Square. Bowes cited “…the section of the councillor expense policy which prohibits corporate resources and funding from being used for election-related purposes and the Code of Conduct which states councillors aren’t permitted to undertake campaign-related activities on city property during regular working hours.” [underling and bolding all ours.]

So there aren’t two sets of rules at work here as Ford claims. Sitting councillors can’t campaign on city property but private citizens can, it seems. Thus, George Smitherman and Rocco Rossi show up at City Hall, unmolested by the socialist apparatchiks getting their “marching orders from on high” while Ford is technically prohibited because – and this may be news to Mr. Ford, rushing in and out as he does council meetings to maintain his 98% voting rate without always spending much time there to figure out who’s who and what’s what before actually casting a vote [most likely] against whatever it is everyone’s voting on – neither Smitherman nor Rossi sits on council. (Although at the last debate, Ford did continually point out that neither man understood City Hall as well as he did. So he must have some inkling that they’re not councillors.)

Now, if Councillor Joe Pantalone decided to deliver a campaign announcement on city property and didn’t receive a similar reprimand then Rob Ford could— 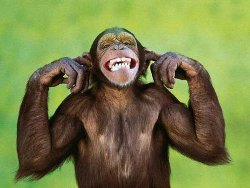 Oh, fuck it. What’s it matter? It’s not like explaining it fully is going to change any Rob Ford supporter’s opinion. That is simply the nature of conservative thought these days. Right is right and the rest is wrong, and very likely plotting to overthrow everything that is good and wholesome. Facts have no bearing on the issues. You’re either with us or agin us; a paranoid pumping, divisive style of politicking that goes back to… well, let’s avoid any Hitler or Nazi references although they were masters of this particular tact… how be we just start at Nixon and move forward from there?

Margaret Thatcher. Ronald Reagan. The Bushes. Mike Harris and his Common Sense Revolution. You can draw a direct line between our current Prime Minister and his ongoing war with the long-form census and the statistical conclusions he doesn’t want to hear and this mindset. Their thinking was best encapsulated by Stephen Colbert when he said that “reality has a liberal bias”.

If that’s the case, then they have to create and live within a separate reality, trying to draw in as many people as they can just long enough to claim positions of power in order to try and tilt real reality ever so slightly their way.

Thus, Rob Ford and his inherited wealth is just ‘looking out for the little guy’. How exactly does he do that? By cutting their taxes and out of control spending at City Hall. Just generally getting government off their backs. It couldn’t be simpler. So simple in fact that there must be plenty of examples of it working like charm out there in the bigger, wider world. You know, lower taxes = higher government revenue, deregulation = equitable running of the free market, higher tides raising all boats.

Well no, not exactly. After about 30 years of neo-liberal economics, we can look around and conclude that wealth never trickles downhill. It simply gushes upward like a busted deep sea oil rig, polluting everything around it.

Deregulation (or getting the government off peoples’ backs) leads to near economic collapse and the socialization of private risk and debt. And higher tides float only those who’ve stashed enough money away to buy themselves a fancy yacht and drowns everything else that hasn’t learned how to swim.

That is what experience tells us. That is, if you subscribe to an evidence-based reality, of course. Those who aren’t so particular can go on believing that their cars aren’t contributing to climate change, greed is good and that Rob Ford is a viable mayoral candidate who has as much right as the next (non-councillor) guy to conduct campaign events outside City Hall in Nathan Phillips Square.

According to his choirmaster, Sue-Ann Levy in the Toronto Sun, Ford has “…every intention of continuing to use the Square for campaign announcements.”

No doubt. How better to hype his martyr status among all those who truly believe there are two sets of rules? One for them and one for all the privileged, egghead, sushi-eating, transit taking, downtowners who think that Rob Ford is a lying, manipulative, ignorant, backwards buffoon who makes Mel Lastman seem reasonable and who will set this city back a decade or two if he’s allowed to exert any power or influence.

Don’t believe me or just outright disagree? OK then. Let’s sit down and examine the evidence, shall we? Oh right. We’ve already tried that. I guess that’s why we call it ‘wilful ignorance’. It is both wilful and ignorant.