I’m standing on the corner… no, not in Winslow, Arizona. Why would that be the first thing to pop into my mind?

I fucking hate the Eagles, man.

San Diego, California, actually, having just toured around their gherkin-shaped Central Library, a symbol of the city’s downtown renewal that hasn’t yet cleared all the streets of their homeless and indigent. Maybe next trip. Fingers crossed!

That was unduly harsh. It’s the fucking Eagles, man. I tell you. Just talking about them gets me blood-boilingly irrational.

I’m on the corner. The traffic light changes, signalling my turn to move. I take two steps into the street when I stop up suddenly, staring as a car runs the red light. Another car, coming surprisingly quickly through the intersection with the green light, expertly swerves behind this car, avoiding a serious t-bone collision I am absolutely convinced is unavoidable. A second vehicle stops successfully, allowing the red light runner to crawl through the intersection, in a manner I’m imagining to be sheepishly, out of harm’s way.

No harm, no foul. OK. Some foul language shouted out the window by one of the drivers. But no harm.

As I continue across the road after all this excitement I notice the car that had run the red, a white Jeep Cherokee, I believe, how I know these things, I do not know, has pulled over to the side of the street. Sensible, I thought. Collect your thoughts. Regain your composure. Take a deep breath and thank you lucky stars. It could’ve been so much worse.

Only afterwards do I think I should’ve walked over to the parked car, that white Jeep Cherokee, tapped on the passenger side window and asked if the driver was alright. Maybe assure them that mistakes happen. This one was a close call but, you know, all’s well that ends well. Or something like that. I am terrible at consoling people.

No matter. I didn’t. I just proceeded on my way which, when you stop to think about it, is really weird and inconsiderate.

If such a scenario had happened under any other circumstance, someone slipping off a curb and falling down, say, or two people, both distracted, running into each other, knocking one another to the ground, a cyclist hitting a bump and going ass over tea kettle, most of us would stop to make sure everybody was OK, nobody hurt enough to require medical assistance.

Granted, there was no actual physical damage or possible injury with the automobile near-miss. Maybe the driver who ran the red light wasn’t rattled at all, maybe they simply stopped to finish sending that text they were in the middle of when the light so rudely changed to red on them. I don’t know. I certainly didn’t stop to check either way which I still think is odd.

The automobile enables us to not really give a shit about anything or anybody around us. There’s outside the car and there’s inside the car with very little overlap between the two. We give ourselves leeway to disregard laws while driving that we would rarely do outside of it. 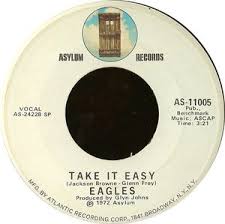 We shout profanities out the windows, lean on the horn at the slightest little perceived slight or inconvenience, and just generally act in aggressively assertive ways that would be shocking if we behaved similarly in a restaurant or theatre or elevator. Politeness and civil behaviour are for pedestrians. Behind the wheel of a car we are all battle-scarred warriors.

And when a driver throws out the anchors to steady their shaken nerves after a near-death experience, one they are almost entirely responsible for, we just keep on walking, thinking to ourselves, Just another inconsiderate asshole driver.

This entry was posted on Wednesday, April 6th, 2016 at 12:47 pm and is filed under On The Road, To Live And Drive in L.A., To Live And Write in L.A.. You can follow any responses to this entry through the RSS 2.0 feed. You can leave a response, or trackback from your own site.