There are lots of places to walk in Los Angeles if that’s something you really want to do, something you’ve come here with the intention of doing plenty of.

There’s that big chunk of sandy, oceanfront real estate that you can make your way up and down. Parks and other green spaces are part of the urban landscape if you know where to look. Plenty of shopping malls, both inside and out, can be hit by a rock thrown in almost any direction. During the course of an average day, one does walk from one’s house to one’s car, and then from one’s car to one’s place of business. You might even find yourself getting out of your car to walk around it in order to inspect whatever damage might’ve been inflicted by that asshole backing out of his parking spot too quickly.

But walking as a matter of fact, as something done during the course of an average day, as an actual mode of getting around, seems out of the ordinary, most likely the result of an unfortunate turn of events. “I’m sorry, miss,” the driver says through a powered down passenger side window, to a passer-by on foot. “Did your car break down? Would you like me to call AAA or a family member? You probably don’t have a phone either, I’m guessing.” 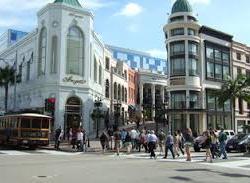 During my short time here so far, I haven’t detected outright hostility toward me from drivers when I’m making my way around town on foot. Most of the encounters or exchanges I’ve had with them at intersections and crosswalks are greeted pretty much by the element of surprise. Oh! I didn’t see there. Walking right in front of me. Usually it’s followed by a sheepish, apologetic wave as we then proceed to go about our respective businesses.

This goes a long way to explaining why an awful lot of motorists in Los Angeles have a tendency to race to a stop at red lights and stop signs. The clearly demarcated pedestrian right of ways painted on the pavement are considered suggestions more than absolutes. If you can help it, maybe try stopping before these lines instead of somewhere within them. You know, just in case, in the off-chance, somebody might actually be trying to make their way across the street on foot.

And the rolling stops at stop signs! Oh my. STOP is roughly translated into ‘Please slow down enough to give the appearance of trying your best to obey the law. If you don’t mind. Thank you so much.’ The appearance of a pedestrian in the middle of this well-rehearsed car ballet at a neighbourhood 4-way stop brings the whole thing to a crashing halt in a frenzy of uncertainty. Can I cross with this interloper or do I have to still wait my turn? Get out the manual, Martha. Get out the manual!

Just in case, honk your horn to signify something isn’t quite right.

In places where there’s at least the pretense of concern for pedestrian safety,

a nod in the direction of equality for all road users, I’ve been known to give drivers who are harshing my walking mellow, encroaching on my space and making me fear for my safety, the ol’ stink-eye. Essentially, a facial What the fuck are you doing, dickhead? As a matter of fact, you don’t own the road.

I haven’t done that here yet for a couple reasons. One, most drivers in that situation would be at a loss to understand why I was making mean faces at them. You’re the one doing a weird thing right now, walker dude. Where is your car anyhow? Two, some Americans are known to pack heat and road age is not an uncommon occurrence in these parts. That’s a battle an unarmed guy on foot is never going to win.

So on the few occasions that it’s felt to me like I’m being nudged out of the way by a driver wanting to get through that stop sign or turn right on a red, encouraged to move along by a car creeping ever so slowly closer, 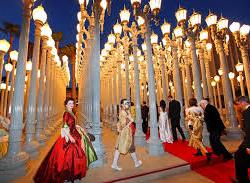 I’ve employed a passive-aggressive tactic of slowing down, almost imperceptibly, until the car is forced to a complete stop, figuring a bump won’t hurt at this speed and living in this litigious mad country, I’d grab my neck, fall to the ground, screaming: YOU’LL BE HEARING FROM MY LAWYERS!! Lawyers, plural, not lawyer. You’ve run down the wrong guy, mister.

Last night, walking home, I improv’d another little pushback. As this driver was itching to get past me and turn right on the red light, i flashed a little drunkard’s one-step, two-step stagger, forcing the car to a full stop. Job done, I then made my way over the curb and onto the sidewalk, leaving the driver to whip around the corner, speeding off into the night.

I’d like to imagine that I melted someone’s heart, even just a little, converting an aggravated impatience into something close to empathy. Poor old inebriate, I bet that driver was saying to themselves or a companion in the car. He probably lost his license. Why else would he possibly be walking?

This entry was posted on Wednesday, February 24th, 2016 at 2:39 pm and is filed under City Building, Killer Cars, On The Road, Press coverage, To Live And Drive in L.A., To Live And Write in L.A.. You can follow any responses to this entry through the RSS 2.0 feed. You can leave a response, or trackback from your own site.