During a budget Twitter discussion last week, Torontoist’s David Hains boiled the process down to 140 characters.

@cityslikr Property taxes are not a rate-based tax, and so mill rates are calculated after a revenue total has been picked.

(If you want it in greater detail, I cannot encourage you enough to read his property tax analysis from a couple years ago.)

In essence, for a couple key reasons, the keyest being municipalities, unlike their provinical and federal counterparts, cannot run annual operating deficits. Their books must balance. A dollar amount is chosen — This is what we’re going to spend this year! — and you then walk back to where the money comes from.

Property taxes make up a large portion of that revenue, in and around 40% usually, so to get 40% of x dollars, the property tax rate has to be y.

For a mayor, their administration or the city council to determine what that property tax rate is going to be ahead of spending projections essentially subverts the process. Mayor Tory’s campaign pledge to keep property tax at or below the rate of inflation, and then claiming a public mandate for that after winning office, is simply saying there’s only going to be this much money regardless of needs or other promises and improvements made. You want something new, a service enhanced, some shiny bauble or other nice-to-have? You have to cut something or somewhere else.

An ‘offset’, as they say in order to not state the word ‘cut’.

This is especially true since the mayor and his team are refusing to even discuss other sources of revenue. Aside from selling off assets  like Toronto Hydro and city-owned parking spaces, that is, or increasing user fees or squeezing more pencils and training costs from the city. Today on Metro Morning, the budget chair, Councillor Gary Crawford crowed over the possibility of finding an additional $5 million in savings by an exhaustive line-by-line search through office expenses. $5 million in the face of an identified $67 million shortfall in funding for promises and requests already made by Mayor Tory and city council.

By a pre-emptive determination of what the property tax rate will be, thus fixing 39% of the operating budget in place, Mayor Tory is stating just how much he is willing to spend on the city. 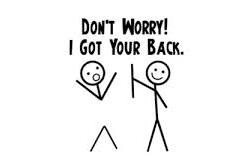 This and only this amount. Any addition must be matched by a subtraction. Or found through efficencies, 10s, 100s of millions of dollars paid for by chump change belt tightening.

Two years ago, John Tory picked an arbitrary number he thought would help get him elected mayor of Toronto. It was a number that represented his political well-being not the well-being of the city he wanted to lead. By refusing to budge (much) from that number, and digging his heels in like his predecessor had, Mayor Tory is showing exactly whose interest he’s really looking out for.

This entry was posted on Monday, January 11th, 2016 at 12:18 pm and is filed under Budget, CBC, City Building, City Council, Municipal Politics, Press coverage, Race 4 Mayor. You can follow any responses to this entry through the RSS 2.0 feed. You can leave a response, or trackback from your own site.