Who’s Got The Wheel?

Yesterday, after the provincial government floated their rather tepid and, perhaps even, cosmetically driven tolls proposal, the following observation was floated on Twitter:

We are now a 21st-century, urban nation with a leadership class still firmly entrenched in the (generously) mid-20th-century. As former NYC Department of Transportation commissioner, Janette Sadik-Khan put it last week, “when you push on the status quo, it pushes back at you.” 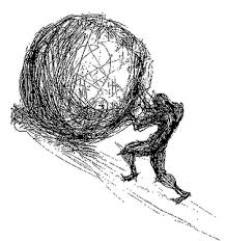 Or, as our old favourites The Libertines once sang: “…the boy kicked out at the world/the world kicked back alot fuckin’ harder now.”

We have a new federal government that might get it, they might understand the needs of cities, cities making up this urban nation. But, legislatively, Ottawa’s a long way from the ground. Whatever largesse and/or expertise the feds have to offer will inevitably come filtered through provincial and local distortions. So what if we get enhanced federal money for transit infrastructure if it goes to building Mayor Tory’s SmartTrack or the provincially backed and city council approved Scarborough subway? Good money after bad and all that.

Later yesterday, Queen’s Park released a report from the David Crombie led Advisory Panel looking at and making recommendations for the provincial government’s 4 growth plans for the Greater Golden Horseshoe region. The region’s been growing, grown significantly since the end of World War II, and will continue growing significantly over the next 25 years. The population looks to almost double in that time, from 9 million to nearly 13.5 million. Here’s the concern, and some of what the 4 growth plans were brought in to combat:

The extent of settlement has also grown. For example, between 1971 and 2006, the region’s urban footprint more than doubled. Much of the recent urban growth has been in the form of low-density, car-dependent suburbs, providing many residents with affordable, single-detached homes. However, this form of development, often known as urban sprawl, has resulted in loss of farmland, traffic congestion, deteriorating air and water quality, impacts on human health, and the loss of green space, habitats and biodiversity. The changing climate and increasing frequency and severity of extreme weather events create additional pressures on the region’s communities, agricultural production, infrastructure and natural systems. 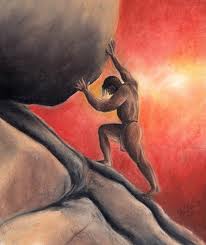 We already know this. None of it is particularly new or noteworthy. I guess it’s worthwhile to repeat and underline these ideas of healthy growth but still…

How many Advisory Panels have we had, telling us the things we have to do to improve this region’s quality of life as it continues to grow? I mean, if Anne Golden had a nickel for every panel she’s chaired to advise government policy, she’d have, what? A dime? Fifteen cents?

Remember her last outing, as chair of the provincially appointed Transit Investment Strategy Advisory Panel? Yeah, it took 3 months to make 20 recommendations for raising revenue to fund the Big Move, leaning heavily on increased gas taxes while rejecting tolls in the short term as “too difficult to implement”. That was 2 years ago. The provincial government’s response to date? Its weak sauce toll announcement yesterday.

The fundamental problem with all these panels is that they tend to come back after studying a policy issue with recommendations that challenge the status quo. Complete communities? What’ll happen to my backyard? Pay for using the roads?! I already pay more than my fair share! I deserve a subway! Subways, subways, subways!!

Pushback from the status quo. Leaders with their ears to the ground can only hear the stamping of feet. Politicians love the word ‘change’ on their campaign signs but blanch in the face of bringing it about, all those red, outraged faces to contend with? 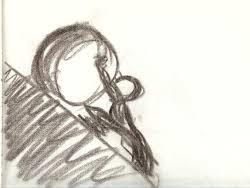 Where angels fear to tread, amirite?

Sure, things are bad now but what if these changes you’re talking about makes things worse? Nothing’s 100% guaranteed. Despite all data, information and examples to the contrary, from where I’m standing, the grass over there doesn’t look all that much greener.

Our propensity to fearfully embrace what-we-know so tightly makes for an uphill battle to enact the changes we need. The grade’s made steeper still when our elected officials not only fail to directly address this tentativeness but, in fact, give in to it for even just the slightest step forward. That’s why for every bid our government’s pitch for increased public transit funding and investment, we see assurances of road and highway expansion. Despite working at cross purposes, to attempt to even slightly modify the status quo, we must show that the status quo won’t change that much.

Speaking at Simon Fraser University just a month or so after submitting the report and recommendations of the Transit Investment Strategy Advisory Panel, Anne Golden talked about a government’s need for trust from the public in order to pursue new measures like revenue generation for transit building. 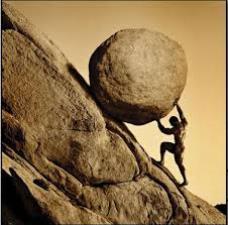 ‘Tax grab’ is an almost immediate reaction from a skeptical public, digging in their heels further against any sort of change. There has to be buy in based on a belief that it’s not only going to be money well spent but be beneficial to everyone. What’s in it for me?

When you have a reputation of not spending money wisely which the Liberal government at Queen’s Park has certainly earned, or when your transit plans appear to be politically motivated and easily subject to the whims of parochialism – Hello, Scarborough subway! – public trust is in even shorter supply. Resistance to change grows stronger.

You can point all you want to places that have turned the corner, embraced changed and a new approach to mobility and city building. Look! New York’s doing it! Don’t you want to be like New York? You always want to be like New York! But we look around closer to home and see what all needs to be done, what we’ve done so far and conclude such change is beyond our reach. The Sheppard subway remains a glaring white elephant with the Union-Pearson Express set to join it. We can’t even muster the will to clear road space for our busiest transit routes like the Finch bus or King streetcar. 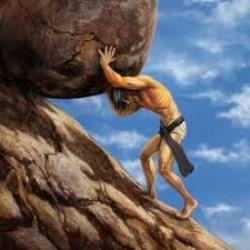 How on earth can we expect to meet the challenges of the 21st-century?

I’m sure plenty of our government leaders are well aware of how a modern urban economy works. What they don’t know is how to convince enough of us that we need to move in that direction. Too many flinch at the slightest sign of resistance, retreat in the face of loud, blustery noises.

It’d be great to leave off on that note. Place the blame elsewhere and carry on, absolved. But, you know, that old saw nags, a variation on getting the leadership we deserve. Not enough of us have been pushed from our comfort zone. Things are bad but they’re not that bad. They could always be worse.

Until such time, when enough of us conclude that, in fact, it is that bad (never an easily determined point on the scale), we’ll hum and haw, rail at the ineffectualness of our elected officials and uncaring bureaucracy, wonder about why we’re not those other places, doing exceptional, exciting things and hope that it won’t be too late to make those changes we were urged to make years, decades earlier.

This entry was posted on Tuesday, December 8th, 2015 at 11:53 am and is filed under City Building, Municipal Politics, Newspapers, Press coverage, The Globe and Mail. You can follow any responses to this entry through the RSS 2.0 feed. You can leave a response, or trackback from your own site.