Let me run a hypothetical by you here. 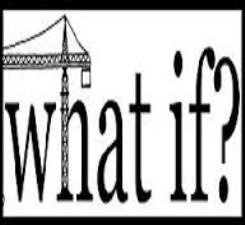 A pedestrian illegally crosses a street, grievously misjudging how fast an oncoming car is moving, say, 20 kilometres over the legal speed limit. Pedestrian is struck. It’s called an “accident”.

Who’s at fault in this case?

Pedestrian shouldn’t have been crossing the street at that spot. The driver has the right of way. But what rights does a driver forfeit by not adhering to posted speed limits?

I pose this, having made my way around my area of town over the weekend, exclusively on foot, taking advantage of the pleasant late fall weather, observing and participating in – excuse me while I butcher Jane Jacobs — our mobility ballet.

And I can only arrive at one simple conclusion: cars remain the prima ballerina assoluta of the dance. Even in the heart of the downtown core, in spots of the city never designed or unnaturally rejigged for car use, private vehicles rule the roost. 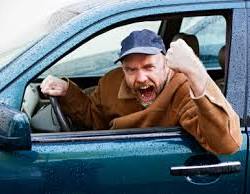 They dictate the speed and tone of place. In spots, their dominance has been challenged but not seriously so.

Cars speed. Cars park and stop illegally. Cars block bike lanes and transit stops. Cars blow past open streetcar doors. Cars are regularly driven by people using their cell phones. Cars browbeat other road users through intimidation (some intentional, some not) and the always present threat of injury and death.

Yes, cyclists break the law too. Pedestrians disobey traffic lights. But their disregard rarely alters the flow and feel of the streetscape or impinges on others.

As I responded to a reader of this site who had commented to a post last week about the need for non-drivers to accept responsibility for their actions on the roads and sidewalks, Pedestrian makes a mistake, is struck by a car, pedestrian dies. Driver makes a mistake, strikes pedestrian with their car, pedestrian dies. The dynamic is unequal. The burden of responsibility should always be placed on those capable of inflicting the most damage. Drivers should always drive like a 4 year-old could suddenly pop out of nowhere right in front of them. 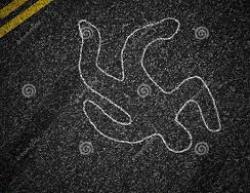 Drivers should always drive like that elderly gentleman ahead of them won’t make it across the street as quickly as you might think.

I was making my way up an alley early Friday evening, in the dark, as it tends to be in these parts this time of year, when a big fucking pick-up truck came barreling toward me. I don’t know what the speed limit is in our alleyways but this driver was going faster than the limit would be on the road just parallel west of us. Unsurprisingly, I tucked in out of the path of the truck. If I didn’t, I’d be dead. That’s how fast this vehicle was moving. I knew it. The driver knew it. It was my job to get out of his way.

On two separate runs over the weekend, making my way along the sidewalk, cars pulled out of blind alleys, blowing right through the sidewalk and stopping at the road just beyond that. There had been no one that the drivers could see walking in front of them, so they just continued forward, operating under the assumption that any pedestrians coming that way would stop for the car. 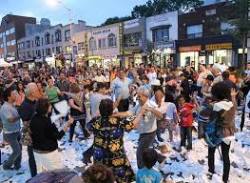 Why? Because they’d have to, for their own personal safety.

Why is it that pedestrians and cyclists are forced to go about their business always on the lookout for some inattentive driver just lurking around every corner or alley, not paying them equal attention? The answer’s simple. Because our lives depend on it.

In order to change how we get around this city, we have to transfer the risk of “accidents” and altercations to where the possibility of inflicting damage is most. Car drivers. There has to be serious consequences for drivers who fail to adapt their driving to the circumstances they’re driving in. That means slowing down, always yielding to more vulnerable road users, shouldering the responsibility to ensure no loss of life or injury.

In short, that city’s gone hard and quickly in reordering its road and street hierarchy, placing private vehicle use right down at the bottom of the list. “Moving at the speed of life,” I believe she called it. As a matter of fact, drivers, you don’t own the road.

In some places, at least. Not any longer. While we here in Toronto are still moving about in the dark ages.

This entry was posted on Monday, December 7th, 2015 at 2:11 pm and is filed under Bike lanes, City Building, City Council, Killer Cars, Municipal Politics, Newspapers, Press coverage, Public transit, The Globe and Mail. You can follow any responses to this entry through the RSS 2.0 feed. You can leave a response, or trackback from your own site.

2 Responses to Wheeling And New Dealing