A Bid For What? 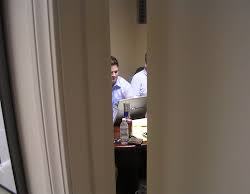 It’s impossible to see at this point of time just what Mayor John Tory’s angle is in his continued pursuit for entering Toronto into the 2024 Olympics sweepstakes. On Tuesday, Los Angeles city council voted unanimously to throw that city’s hat into the ring(s). Boston declined to go ahead back a month or so ago.

Both cities appear to have much more advanced, detailed plans in place, organizations ready to go than Toronto less than two weeks before the mid-September deadline to put your name forward for consideration as a host city to the International Olympic Committee. Never mind Paris, Rome and whatever other places – surely China must have a location in mind — have made their intentions known. In comparison, Toronto’s approach comes across as almost an after-thought. Basking in the late-summer heat, still sporting a PanAm Games glow, we’re like, Hey! Why not give it a whirl?

If that’s actually the case, of course. It’ll be interesting to watch over the next week and a half just how prepared the city the mayor is to proceed.

Accusations of secrecy and backroom doings are popping up. The mayor’s “cagey” when asked questions about what’s happening. Mealy mouthed to others. Others being me. “I hope to be in a position…to have a reasonably complete summary of all that information at my disposal when it comes time to make a decision on whether to submit a letter or not,” he told the press on Tuesday.

Normally we’d know the players at this point in time, because it’s one of the biggest decisions, economically, Toronto and Ontario will have to make, whether or not they commit themselves to this bid. They should be very concerned about their lack of transparency at this point in time, and if they want to gain back the public’s trust they should put out clear press saying exactly what is going to happen.

This is highly unusual for a democracy.

So either Toronto’s woefully underprepared for the September 15th deadline or it’s good-to-go, put together on the lowdown, out of sight, out of mind.

Neither situation is particularly palatable, eliciting more questions than answers. Why would Mayor Tory spend millions (somebody’s millions) to go down an almost certain doomed path? Or, what the fuck is going on back there?

Whose bidding is Mayor Tory doing if he insists on pushing ahead with a 2024 Olympic bid?

I’m not going to get into the whole merits/demerits of hosting the Olympics here. That’s being done much more thoroughly over at Dammit Janet! and NoTO2024. At this point, there doesn’t seem to be a whole lot of public support for a bid but that could simply be a result of the hesitant, should we-shouldn’t we, peek-a-boo approach the mayor is taking. Hard to catch the fever when the bug’s been quarantined.

And it’s hard to imagine exactly what’s changed in the 19 months since the city’s Economic Development Committee ‘deferred indefinitely’ the feasibility of Toronto hosting the 2024 Olympics.

Aside from a new administration, that is, taking over the mayor’s office. An administration shy about overturning previous council decisions like the Scarborough subway. So, an Olympic bid must be very, very important to Mayor Tory.

Why would that be?

He tells us hosting the Olympics is a sure fire way to get big infrastructure projects like transit and affordable housing money from senior levels of government. Finance further waterfront development? A new athletes’ village or Olympic stadium would be just the ticket. Ottawa and Queen’s Park aren’t going to give Toronto money simply because the city needs it. They’ll want something in return, something big and shiny, a legacy.

But what happens if the city doesn’t feel compelled to bid or does and loses out? 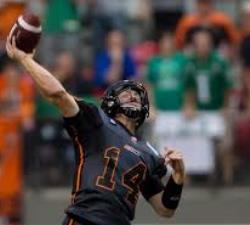 Having thrown up their hail mary pass, what razzle dazzle play does Mayor Tory and his Olympic supporting colleagues like Councillor Glenn De Baeremaeker call next in the huddle? They’ve established the framework that good public policy and basic common sense won’t deliver the kind of social and infrastructure upgrades Toronto needs, and can’t afford without assistance from the federal and provincial governments. Come September 15th and there’s no submitted letter of intent to IOC from Toronto, say? An official shrug and a We Told You So? Enjoy your daily commute on that packed subway. Unless you have some other cockamamie scheme to fund things, get used to it.

— this or thatly submitted by Cityslikr

This entry was posted on Thursday, September 3rd, 2015 at 1:23 pm and is filed under CBC, City Building, City Council, Municipal Politics, Newspapers, Press coverage, Sports. You can follow any responses to this entry through the RSS 2.0 feed. You can leave a response, or trackback from your own site.