I am not a woodsman. I do not commune easily with the great outdoors. The deep, dark forest unsettles rather than edifies me. 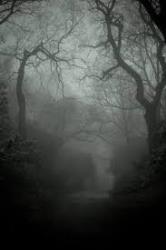 I am like Socrates, as portrayed by Plato in Phaedrus, and quoted by Frédéric Gros in his book, A Philosophy of Walking. “Nature had not enough to say to him.”

Wilderness walks reveal to me a bigger, wider world of indifference. Where some see bounty and accord, I sense a cosmic m’eh. For every sprig of new life, there’s death and decay from every vantage.

Let me ask you this, mother earth lovers. Would you really like a parent as disinterestedly neglectful as nature is with us? Sure, there’s plenty of food and sustenance on offer. You just have to figure out what stuff’s good for you and what’ll kill you. No. Don’t look at the bird eating that berry. Well fine for the bird, the berry could be poisonous to you. That river bringing you life-giving fresh water and delicious fish (depending on the fish and how you cook it, of course – always with the qualifiers), also rises up on occasion and floods your village for no discernible reason whatsoever!

Even as we sit here now, willfully pumping the air, the waters, the soil with life-threatening toxicity, earth responds with biblical vengeance, beginning with everything least responsible for inflicting the damage on it. It’s like killing the hostages. 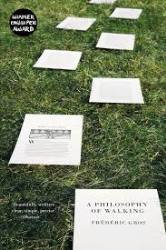 Stop doing what you’re doing, humans, or the beautiful, endangered, blue… billed… flying thing from the Amazon gets it.

Son A takes the family car out for a joyride and wraps it around a tree. Son B gets spanked for not telling his parents what his brother was up to. Doctor Spock might have some issues with that style of parenting, is all I’m saying.

I don’t see harmony out there in the hills and dales, the trees and poison ivy, the streams and alligator filled swamps. I see competition to the death, a contest we currently have the upper hand with but nothing we should be complacent about. Our demise lurks down any benign seeming path.

So, you’ll excuse me if I don’t share Monsieur Gros’ exhilarating and restorative view of mountain treks and fern strewn glen hikes.

That’s not to say I don’t like walking. I love walking.  If time is of no consequence, it is my preferred travel mode, with distance seldom factoring into the plans.

Nor should you take from any of this a dislike of the A Philosophy of Walking on my part. I liked the book a lot. It’s a nice easy read, with very little clunkiness of translation (by John Howe). Any philosophical pretensions – and how could there not be?

No, my one quibble with the book is its whiff of anti-urban sensibilities, let’s call them. Gros is all about the humanity-affirming sojourn into and through the wilds of nature. “Walking means being out of doors, outside, ‘in the fresh air’, as they say,” Gros writes in Chapter 4 titled, well, Outside. “Walking causes the inversion of town-dweller’s logic, and even of our most widespread condition.”

In Chapter 7, Solitudes, Gros encourages the solitary walk, away from other people.

So it’s best to walk alone, except that one is never entirely alone. As Henry David Thoreau wrote: ‘I have a great deal of company in the house, especially in the morning when nobody calls.’ To be buried in nature is perpetually distracting. Everything talks to you, greets you, demand your attention: trees, flowers, the colour of the roads. The sigh of the wind, the buzzing of insects, the babble of streams , the impact of your feet on the ground: a whole rustling murmur that responds to your presence…

The only 3 chapters in A Philosophy of Walking really dedicated to city walking are fraught with friction, jostling and preening. French poet Gérard de Nerval (Chapter 17, Melancholy Wandering) wound up hanging himself from a ‘window grille’ along a ‘narrow, slimy, sinister’ staircase leading to the rue de la Vieille-Lanterne in Paris. Chapter 20, Public Gardens talks about the strict social construct of the Grand Allée “to show off a beautiful fabric and reap the fruits of their toilette.” Even The Urban Flâneur (chapter 21) is little more than a ‘walker…fulfilled in an abyss of fusion, the stroller in a firework-like explosion of successive flashes.” As opposed to the ‘great romantic walker’ like Rousseau or Wordworth who ‘communed with the Essence.” 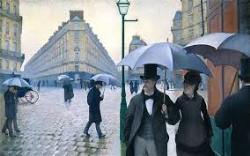 I walk a lot in cities. I can easily get lost in their ‘Essence’, the ‘Essence’ of, I don’t know, 50% of the world’s humanity? In fact, I discovered A Philosophy of Walking during a stroll through the streets of San Francisco and a stop at the world famous City Lights bookstore. Like Rousseau, I too “like to walk at my ease, and to stop when I like. A wandering life is what I want…without being obliged to hurry, and with a pleasant prospect at the end, is of all kinds of life the one most suited to my taste.” I just feel little compunction to head out to the woods to find it.

And hey. I’m not alone in that. Lots of people like to be able to walk in their cities, neighbourhoods. They don’t need the great outdoors to keep themselves happy or sane or grounded. Perhaps it’s not about where you walk but just the fact that you can walk, sometimes with no real purpose other than to be walking. Simply ambulant.

That is the great thing about A Philosophy of Walking, Gros’ exuberance in laying out the humanizing effects of walking.

Walking is the best way to go more slowly than any other method that has ever been found. To walk, you need to start with two legs. The rest is optional. If you want to go faster, then don’t walk, do something else: drive, slide or fly. Don’t walk. And when you are walking, there is only one sort of performance that counts: the brilliance of the sky, the splendour of the landscape. Walking is not a sport.

Once on his feet, though, man does not stay where he is.

The key here is the slowness. What we’ve lost, according to Gros, in this hepped-up world of ours, is the ability to saunter and absorb our humanness through walking.

The illusion of speed is the belief that it saves time. It looks simple at first sight: finish something in two hours instead of three, gain an hour. It’s an abstract calculation though, done as if each hour of the day were like an hour on the clock, absolutely equal.

Slowness means cleaving perfectly to time, so closely that the seconds fall one by one, drop by drop like the steady dripping of a tap on stone. This stretching of time deepens space. It is one of the secrets of walking: a slow approach to landscapes that gradually renders them familiar. Like the regular encounters that deepen friendship.

We walk because we’re human. Humans walk. Walking, without any particular purpose, keeps us being human. 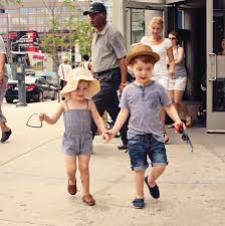 This entry was posted on Sunday, August 16th, 2015 at 1:00 pm and is filed under Book Club, Philosophical Musings. You can follow any responses to this entry through the RSS 2.0 feed. You can leave a response, or trackback from your own site.

One Response to Book Club XIII