Last Friday, Mayor John Tory raised more than a few eyebrows (and some hackles) when he announced two corporations were donating the $200,000 the city needed to keep some outdoor skating rinks open for a few more weeks. “Ummm, what?” I believe my response was upon hearing the city’s private contractor for waste collection, Green4Life, was one of those corporations. (Overcome with the case of the dizzys, I was, when news broke later that the Rogers co-owned MLSE was the other donor.)

I wrote about my concerns with this too, too cozy arrangement a couple days ago, wondering if it passed some ethical/conflict smell test. Yesterday we got the answer.

Green4Life announced that ‘After consulting with City staff about the rules around sponsorships’, they decided to ‘voluntarily withdraw’ their offer ‘so as not to affect current procurement processes.’

In other words, they’d really love to help keep the rinks open but they’ve got that corporate maw to feed.

Is it me or shouldn’t ‘consulting with City staff about the rules around sponsorships’ have sort of been the mayor’s job before rushing to go public with the details? Smell this. Does it smell funny to you? Maybe I shouldn’t go out wearing it in public, you think?

As Councillor Gord Perks pointed out in the wake of this, the city actually has a process in place to be followed for sponsorship deals. “Section 6.2,” the councillor tweeted. “To fit with Code of Conduct ONLY authorized City staff can solicit or negotiate a sponsorship agreement. Council members can’t.” Council members can’t. If Mayor Tory spearheaded these deals to keep the rinks open, did he contravene Code of Conduct rules in doing so? “Section 6.3 ,” the councillor continued. “Unsolicited offers are to be referred to the relevant City Staff.” More: “Section 6.9 All sponsorship agreements must be documented. If over $50K, legal services should be included in reviewing the agreement.” Still more: “6.11 In most circumstances, Council must approve the agreement.” 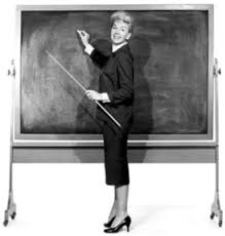 Did the mayor’s office follow any of these rules in securing the sponsorship deals to keep the skating rinks open?

“Everyone gets a case of the hiccups”, Mayor Tory said in response to Green4Life’s about face. What are you going to do? A rookie mistake.

Maybe. Maybe. It’s just hard to fathom no one around the mayor red flagged this thing. Someone sensing there might be, at best, some bad optics with it and, at worst, actual breaking of the Code of Conduct rules. Deputy Mayor Denzil Minnan-Wong, perhaps, who’s been around the block a time or two, more than 20 years of elected municipal service under his belt. His response? Great idea, boss! Let’s go skating!

You’d think that right at the top of Mayor Tory’s Not To Do list would be avoiding the appearance of any conflicts of interest, keeping talk of impropriety or backroom shenanigans to a minimum. What with the goings-on at City Hall during the last 4 years and the previous administration. Keep everyone’s noses clean, at least for the first little while.

No matter. Water under the bridge. And there’s always more fish in the sea especially for the man with a full-to-bursting rolodex. 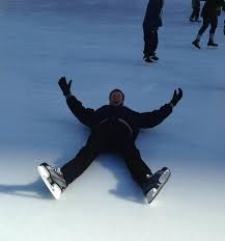 Plan B (generously speaking) came at another skating rink with the mayor revealing that Tim Horton’s (Timmies, to their friends) would step into the donor void left by Green4Life, chipping in $100,000 to help keep the rinks open. Problem solved. Done, and done. The private sector gallantly to the rescue again. Everything above board, clean as a whistle and legit now.

“If Tim Horton’s is the new outdoor rink sponsor,” Adam Chaleff-Freudenthaler tweeted, “they’re active lobbyists (as recent as Feb. 10).” Jude MacDonald pointed out further information from the Tim Horton’s lobbyist registrar page, showing that some of the subject matter the company signed up to lobby on was “City Policies relating to Economic Growth, Regulatory Issues; Blue Box Program; Drive-Through policy.”

So, we have this restaurant chain of the ‘quick service’ variety, talking to city officials about city policy concerning issues directly affecting them. ‘Blue Box Program’? Where do I throw away this coffee cup anyway? Garbage? Recycling? The lid in one, the cup in the other? What? ‘Drive-Through policy’?! 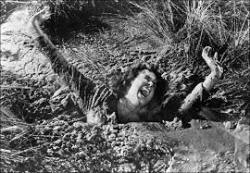 All those nasty emissions from idling cars waiting in the drive-through line. Fine. But now they’re donating $100,000 to keep some city run skating rinks open?

I’m not alone in finding this deal more than a little unsettling, am I?

I tried to state my leeriness about it in a few 140 character outbursts yesterday. Let’s see if I can string the thoughts together here.

If a company wants to do business with or is already doing business with the city, or wants to have some say, influence even, in how the city conducts its business, it strikes me that company shouldn’t be in the business of donating money to help the city go about its business. How is that not somehow greasing something that ought not to be greased? There may be some out there who believe fully in the goodness of the corporate heart.

Maybe we should work to keep things like the operation of skating rinks in house and stop being dependant on the continued goodwill of upstanding corporate citizens to help effectively run this city. Decrease the overlap of the public and private sectors. Wouldn’t it be a whole lot less ethically messy that way?

This entry was posted on Wednesday, February 25th, 2015 at 11:13 am and is filed under Budget, City Council, Municipal Politics, Newspapers, Press coverage, The Globe and Mail, The Toronto Sun. You can follow any responses to this entry through the RSS 2.0 feed. You can leave a response, or trackback from your own site.

4 Responses to Wheeling And Dealing