It’s All In The Presentation

Last night, as an October’s worth of rain fell around the city, CBC hosted its mayoral debate. Streets, a subway station flood, power outages here and there.

For what? The third time in over just a year, if not a storm of the century, an outburst of weather that Toronto clearly is not up to handling.

Yes, we have an infrastructure deficit. One that’s only going to get bigger unless we deal with it, head on.

Yes, we have a child-care deficit. One that’s only going to get bigger unless we deal with it, head on.

Yes, we have an affordable housing deficit, a looming crisis really. One that’s only going to get bigger unless we deal with it, head on.

Yes, we have a transit deficit. (I don’t really have to link this one, do I?) One that’s only going to get bigger unless we deal with it, head on.

And yet, here we are, just over 9 months into the campaign and none of these things are we talking about dealing with head on. At least the mayoral front runners are doing anything but. Olivia Chow has been talking the issues up lately. Long shot candidate Ari Goldkind’s built a platform around them. Long gone candidate David Soknacki built a campaign on the platform people wanted to talk about these issues head on.

What we want, evidently, from this election is to restore our respectability in the eyes of the world, by chasing all the buffoonery, malice and low-brow spectacle from the mayor’s office, clear out of City Hall. Toronto is tired of being embarrassed. Toronto yearns once more to be world class, with a world class mayor.

Whoever promises to do that for us, well, they’ve got our vote for mayor. No other questions asked. Certainly not answered.

As for the rest of it? M’eh. What are you gonna do? 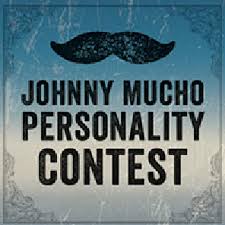 As long as we have a mayor in place who isn’t smoking crack, it’s all good. Baby steps, eager pants. Baby steps.

Very adroitly, the John Tory team framed this election as one about personalities not issues. Conveniently so too since he really had no issues to run on despite his self-proclaimed years as a civic advocate for the city. That infrastructure deficit? Don’t worry. Property tax increases at or below the rate of inflation will fix that. Child-care? Provincial government’s problem. Affordable housing deficit? Let the feds take care of it. Youth unemployment and a growing inequality gap? Good jobs. Private sector. Sobeys. My rolodex.

But his real doozy comes in response to our transit deficit.

It’s not that our new emperor has no clothes. It’s that, as the Torontoist referred to John Tory, he’s “…just Rob or Doug Ford in a better suit.”

If the polls are to be believed, a plurality of Torontonians are OK with that. In fact, polls suggest over 70% of voters in Toronto are fine and dandy with the Ford policies dressed up in John Tory’s button-down, Bay Street attire. Some will protest and tell you, hey, it’s not that they’re voting Tory because they like him, it’s that he’s the only one who can beat Doug Ford. They’ll keep insisting on that even though the likelihood of a Doug Ford victory dims with each day we get closer to the election.

If this all comes to pass and the election plays out as we’re told it’s going to, there’s no reason to think these things that actually matter, transit and congestion,

crumbling infrastructure, affordable housing crunch, increased inequality, will be addressed in any sort of substantive manner. Why should we expect they would? John Tory has shown he doesn’t actually give a toss about any of that. He just wants you to know he’s not Doug Ford and that’s all that really matters.

We seem shallow enough to be poised to agree with him and make John Tory our next mayor.

This entry was posted on Friday, October 17th, 2014 at 2:34 pm and is filed under CBC, City Building, Elections 2014, Municipal Politics, Press coverage, Race 4 Mayor. You can follow any responses to this entry through the RSS 2.0 feed. You can leave a response, or trackback from your own site.

8 Responses to It’s All In The Presentation