Who doesn’t like a cinderella story? A rags-to-riches tale of unexpected triumph over seemingly insurmountable odds or an imposing adversary. The Little Engine That Could. Rocky. Those damn ants and that nasty assed rubber tree plant

We love them because such an arc is so exceedingly rare in real life. The best person doesn’t always win. Giving it your all won’t guarantee the podium.

Politics is no exception. Dark horses seldom catch anyone by surprise. Incumbency sits like dark matter, bending elections to its well. You don’t even have to be a very good incumbent. Most times, being an incumbent is all you need to remain in place.

Which is what makes people throwing their hats into the ring despite the improbable mountain they have to climb so absolutely edifying and inspiring. You got to believe in the rightness of your cause to face almost certain defeat and to forge ahead in spite of it. To dream the impossible dream, am I right?

So today, we’re talking long shots in our city council challenger endorsements. Three candidates who, on a level playing field, would be frontrunners based on their ideas, passion for their respective communities and dedication to civic engagement. Three candidates who have dropped the gauntlet on some less than impressive opponents and shown a willingness to fight an uphill battle for no other reason than it being a fight that needs to be fought. 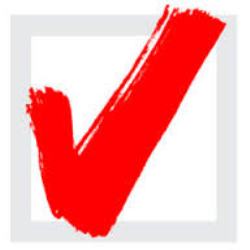 You’ve all heard this rant before. Long time incumbent Denzil Minnan-Wong serves in the upper echelon of divisiveness and destructiveness at City Hall. He seeks to shrink the efficacy of local government to little more than paver of roads and collector of garbage. He’s been doing that since the days before amalgamation.

His opponent this time around, Mary Hynes, is no stranger to City Hall herself but sits across the committee table from Minnan-Wong, speaking up for all the things he could care less about. He talks about taxpayers. She talks about community. We met and chatted with Mary in July, in the infancy of her campaign. She is well aware of the David versus Goliath aspect of this race but also knows in the past 3 campaigns, Minnan-Wong’s share of the popular vote has dropped.

Perhaps Ward 34 has just been waiting for the right alternative. Mary Hynes most certainly fits that bill.

We here at All Fired Up in the Big Smoke endorse Mary Hynes for city councillor in Ward 34 Don Valley East.

When we met this past summer, Bocking couldn’t stop talking ideas and issues. Almost all of them were in direct opposition to the incumbent he’s trying to unseat, Michelle Berardinetti. We’ve spoken often and never really very flatteringly about the councillor. Although just finishing up her first terms, it seems like she’s been there forever.

Scarborough is what Scarborough is because it continues to elect the likes of Michelle Berardinetti to represent its interests at City Hall. A little bit of Bocking could go a long way to changing perception and attitudes.

We here at All Fired Up in the Big Smoke endorse Paul Bocking for city councillor in Ward 35 Scarborough Southwest. 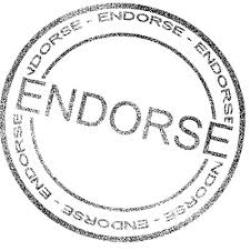 It’s hard to imagine worse representation at City Hall than outgoing councillor Mike Del Grande but I don’t think it’s out of line for me to say that the presumptive favourite in the race to replace him, Jim Karygiannis, doesn’t look to be much of an improvement. He retired from federal politics after 25 years in office and is looking to now bring the burning issues and values of 1988 to municipal politics. Exactly what Scarborough needs at this juncture.

The really frustrating thing is, it doesn’t have to be this way. Franco Ng, a former Del Grande staffer, would be the ideal way forward for the ward. He is obviously very familiar with the neighbourhoods and communities from his time at City Hall. His views on modernising the suburbs, revitalizing aging shopping malls and employment lands, are exciting. The afternoon I spent travelling around the ward with him in August was very instructive in how new voices can energize old ways of thinking.

Jim Karygiannis represents, if not a step back for Ward 39, a digging in of its heels or burying its head in the sand. It would be a waste of the next 4 years. Franco Ng would be a real opportunity to step into the 21st-century.

We here at All Fired Up in the Big Smoke endorse Franco Ng for city councillor in Ward 39 Scarborough-Agincourt.

This entry was posted on Friday, October 3rd, 2014 at 10:00 am and is filed under City Building, City Council, Elections 2014, Municipal Politics. You can follow any responses to this entry through the RSS 2.0 feed. You can leave a response, or trackback from your own site.