You got to dance with the one that brung ya. 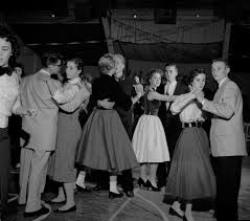 A few years back, Doug Ford suggested you can’t buy loyalty. That may be true but, looking at Vincent Crisanti’s short tenure as councillor for Ward 1 Etobicoke North, you certainly can help elect loyalty. Municipal politics followers here in Toronto can fault Vincent Crisanti for many, many things but loyalty would not be one of them. At least not loyalty to the Ford brand.

Just last week, at the latest installment of Ford Fest, Crisanti proudly stood up on stage to introduce the mayor to the crowd in Rob Ford’s first public appearance since a medical diagnosis sidelined him from the race. The good ship S.S. Team Ford may be listing, taking on serious water, but Vincent Crisanti fervently plays on, piping its tune. The Fords made him, politically speaking, in 2010 after a couple failed electoral attempts. He clearly isn’t prepared to walk away in this, their time of need.

“I am the only experienced candidate supporting a fiscally responsible, pro-growth agenda that respects you, the Taxpayer,” states Crisanti in a campaign website letter to his Dear Residents. Respect for Taxpayers, am I right? The Ford Way.

Aside from loyalty, you’ve got to tip your hat to Crisanti for playing to his strength, his one and only strength. Of course, he may not have any choice since his weaknesses as city councillor are legion. Few others at City Hall have seemed so out of their depth over the past 4 years as Vincent Crisanti has. There was no seeming learning curve on his part either. Vincent Crisanti in 2014 was just like Vincent Crisanti in 2010. Substandard and irrelevant.

You might think that would be enough to ensure defeat on October 27th. You’d be wrong. City council has more than its share of deadweight incumbents looking for another kick at the can. A while back I asked a more experience political watcher how one particularly terrible councillor kept getting voted into office election after election. “They make sure to fix 6000 fences every term,” was the answer.

Give enough of your constituents the impression of competence, keep them happy sorting out fence exemptions and parking problems, and you can basically write your ticket to indefinite incumbency. More specifically, give those in the ward who are most likely to vote – older, more affluent, homeowners – the impression of serving their interests and an incumbent can become very, very difficult to dislodge. Pay lip service, at best, to those not fitting that profile.

I don’t think it’s a coincidence that the ward with the lowest voter turnout in 2010 ended up with the likes of Vincent Crisanti as its representative at City Hall. That also could be the key to defeating him in October. Engage the disengaged. Activate the base he ignores. New voices, new ideas, new representation.

Challenger Idil Burale is all that. (Full disclosure: I worked on Ms. Burale’s campaign.) She is the non-Crisanti base of support in Ward 1. Question is, will that be enough to overcome the inherent status quo in almost every election campaign? Is it possible to rally the disaffected in enough numbers to build a movement?

We featured a post on Idil Burale last month from Samuel Getachew. He certainly thinks so, seeing Burale as a real vehicle for change in Ward 1, Etobicoke and the city. We agree. That’s why we endorse Idil Burale for city councillor in Ward 1 Etobicoke North.

This entry was posted on Monday, October 6th, 2014 at 12:51 pm and is filed under City Building, City Council, Elections 2014, Municipal Politics. You can follow any responses to this entry through the RSS 2.0 feed. You can leave a response, or trackback from your own site.

One Response to Overcoming The Power Of Incumbency — Challenger Endorsement IV