Shiner On To Greener Pastures

On Friday, one burning question about Toronto’s October 27th municipal was answered. Will David Shiner be seeking re-election as councillor for Ward 24 Willowdale? 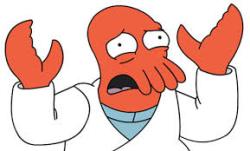 Leading to the inevitable and next logical train of thought. Good god in heaven, why?

Over the course of the past 4 years, we have all been witness to the wanton destruction wrought down on the city by what I’ll call the antediluvian, pre-amalgamated mindset of the Ford brothers, Rob and Doug. A low tax, user pay services, car-first approach to local governance that sees red at money spent on anything they don’t attach value to. Clear and pave the roads. Pick up the garbage. Keep the city safe.

Much past that and it’s pretty well everybody for themselves. If you want something, pay for it out of your own pocket.

But before Rob Ford moved from the fringes of crank councillor, and brother-Doug took part-time off being a private sector magnate to grace City Hall with his presence, Councillor David Shiner represented the height of suburban Toronto reactionism. In his defence, he comes by it by it naturally, as son of former North York politico, Esther ‘Spadiner’ Shiner. Just a couple years ago, in fact, during one of the countless transit plan debates, he stood up and proudly boasted of marching in favour of the Spadina Expressway, back in his anti-flower power days.

Shiner descended on Toronto city wide, flocking down Yonge Street with the Mel Lastman horde, in 1997, resolute nothing should change for the lives of residents in the former municipality with amalgamation. Nothing at all. Nothing whatsoever. Nothing.

He’s pretty much maintained that belief for nearly 4 terms now, willing to sacrifice all but the barest of civic essentials in his pursuit of keeping taxes as low as possible. 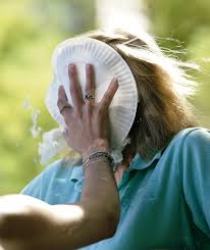 He sandbagged rookie councillor Mike Layton, back in early 2011, leading the rear-guard action against a long planned Fort York pedestrian and cyclist bridge. “Too fancy”, he called it.

Although later reworked to everyone’s seeming satisfaction, the Fort York bridge incident is a good example of Shiner dual destructiveness. A less than collegial relationship with fellow councillors and an absolute penury of public spirit. If that’s not bad enough – I mean, he isn’t alone in that — fellow Lastman era North Yorker, Councillor Denzil Minnan-Wong has a similar knack for blind-siding his co-workers and openly attacking plans and development of the public realm, over the course of the last term, Shiner has displayed an open disregard for ethical behaviour.

Last October, it was reported that, along with Councillor Giorgio Mammoliti, Shiner was paying below market rent for an apartment leased from a company who does some business with the city. He shrugged off questions, saying he wasn’t exactly sure what the rent was he paid. Mayor Ford, no stranger himself to questions of ethics, stepped up to the councillors’ defence. “It’s a private issue, it’s between them and the landlord,” he said.

A few days after that allegation, it was revealed Councillor Shiner worked as a federal lobbyist for a company “… that was competing for millions of dollars in municipal contracts,” Daniel Dale wrote in the Toronto Star.

Nothing illegal but most certainly in an ethical grey zone. As Guy Giorno, a lawyer and ‘an expert in lobbyist legislation’ said in the article: “Nothing in the law prohibits a municipal politician from holding another job, even if that job is to lobby another level of government. However, given the fact that councillors in Toronto receive full-time pay, it is legitimate to question why they should hold second jobs.” 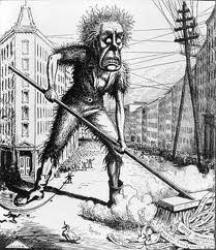 It’s bad optics, to say the least and does raise concerns just how much time Councillor Shiner dedicates to representing the interests of those who elected him to public office. Who does he work for, himself or for the residents of Ward 24?

Perhaps most egregious of David Shiner’s questionable behaviour during the past 4 years is his continued support of Mayor Ford.  Last November, he was the only non-Ford on city council to vote against stripping the mayor of most of his powers in light of the admission of crack use. Shiner was adamant in his tepid support of the mayor, insisting he’d “done a reasonable job.”

A reasonable job? Only if you view the main purpose of the job of a member of city council to be keeping taxes low and making sure the future of Toronto doesn’t get too fancy.

While the focus of the 2014 municipal campaign has been on the unsuitability of Rob Ford to continue leading this city, the dynamics at City Hall won’t change significantly if his enablers, and David Shiner has been among his most ardent enablers, are returned to office. He remains a throwback to an earlier time, one that is no longer up to the task of running a city of this size, this complexity and in need of adapting to the 21st-century. As much as Toronto has to move beyond the Fords come October 27th, Shiner time must also be relegated to a thing of the past.

This entry was posted on Monday, September 8th, 2014 at 1:21 pm and is filed under CBC, City Building, City Council, Elections 2014, Municipal Politics, Newspapers, Press coverage, The Globe and Mail, Toronto Star. You can follow any responses to this entry through the RSS 2.0 feed. You can leave a response, or trackback from your own site.