Getting Back In The Ring But Still Punch Drunk

Can you hear it?

Can you just feel the pulse of anticipation?

For those of you not regular Twitter partakers, the Rob Ford Campaign has been building the suspense for the big guys return on June 30th with countdown tweets. 14 days. 12 days.

“News of Ford’s return feels like watching the trailer to the sequel of a bad Hollywood adventure flick that’s about to hit theatres,” writer John Lorinc tweeted a couple days ago.

I will confess. It’s been a joy not feeling compelled to write about Rob Ford for the past little while. 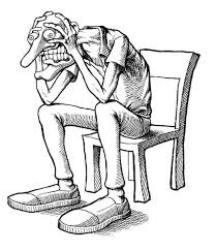 Sure, his councillor-brother and knucklehead colleague (Giorgio Mammoliti, in case you haven’t been following along) have more than ably filled the ridonkulous quota in any given week. Still, going Rob Ford free has been a pleasure. I’m looking forward to more of it.

But clearly the countdown is on for this peaceful interregnum. Rob Ford is returning, like it or not, and for the next little while at least, we will have to take him semi-seriously. For how long exactly? It’s hard to tell.

We’ve been told again and again that Rob Ford is like no other politician. Scandals and misrule, both great and small, simply don’t stick to him. Any other mere mortal would long ago have been chased from office with the revelations we’ve had about Rob Ford. But not him.

Now with this time out taken, the phoenix is on the rise. Forgive and forget. Second chances. Back in fighting shape, the mayor will come out swinging.

Or so Team Ford hopes the narrative plays out.

Just how realistic is this pipe dream?

For the moment, let’s assume the best case scenario for the mayor. That he’s diligently rehabbed himself. That he’s clean and sober, and will remain so for the remainder of the campaign. That he’s indeed a new man with an old record of political accomplishments to come back to.

Even with that overly-optimistic rosy scenario painted, it’s difficult to see how the numbers add up for the mayor. 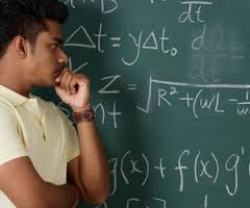 While in one aspect that is very true, not all Rob Ford’s math adds up, there’s one equation he can’t really disregard. That’s his recognition numbers.

Everybody knows who Rob Ford is. He’s sits at something like a 98% recognition factor. That’s simply unheard of by most politicians, and especially municipal politicians, many of whom can skate through an entire career in near anonymity. Not Rob Ford. Not now. (David Hains explored this point in much more depth early this year.)

Everybody knows who he is. Everybody has an opinion of him. M

any of those have very, very strong opinions of Rob Ford. Their minds are going to be very, very difficult to change.

Unfortunately for Rob Ford, a solid majority of people don’t like him and would never vote for him. Few people are going to take a flyer on him this time around. He’s boxed himself in at an unwinnable level of support and has little room to expand it. As unpredictable as these things can be (and as bad as I am at predicting these things), I’d guess his numbers can go nowhere but down from this point.

And that’s the best case scenario, folks. Never mind further revelations of videotaped debauchery or full disclosure about his time spent in rehab. Whatever shot he’s got at making himself a contender once again – and it’s a long, long, long, long shot – it will be just one shot. Any more bad news and the highly improbable becomes the absolute impossible. 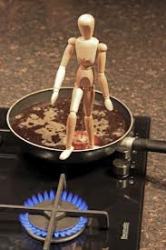 The other formidable challenge the mayor faces is, this time out, right of centre, small c conservatives have other options. Team Ford’s biggest fear in 2010, a John Tory candidacy, is now a reality. There’s every reason to expect that he’ll suck up the donations and volunteers even an incumbent needs for re-election. There’s also Karen Stintz and David Soknacki if Tory doesn’t fit the bill.

So there’s no organization to speak of eagerly awaiting Rob Ford’s return. Only the ragtag bunch of true believers, led by the delusional campaign manager, Brother Doug. The re-election campaign feels haphazard and purely improvisational. Hell, even the Twitter countdown schtick misses days almost like it’s little more than an afterthought.

I see this playing out in one of two ways.

1) Sensing insurmountable numbers and invariable defeat, even the wilfully obstinate and shame-free mayor will seek whatever shred of dignity he can get and pull out of the race, citing health and family reasons for doing so. He will be at least partially right about that.

Or 2), and the more likely scenario, Rob Ford soldiers on. You never knocked me down, Ray. You never knocked me down. Rather than being the presumptive favourite, he will settle back into a familiar role. The outsider. The no-hoper, telling it like it is, railing at the career politicians who have no respect for the taxpayers. Just like he did back in 2010. Much like he did during his time as mayor.

When he wasn’t smoking crack, that is.

The Mayor Ford re-election campaign is doomed, in other words. Dead incumbent walking. It will be great when everyone recognizes it. Then, we can’t stop writing about the man as anything other than what he was. An ugly footnote in this city’s history. A novelty gift that quickly wore out its welcome.

This entry was posted on Friday, June 20th, 2014 at 11:00 am and is filed under City Building, City Council, Elections 2014, Municipal Politics, Press coverage. You can follow any responses to this entry through the RSS 2.0 feed. You can leave a response, or trackback from your own site.