There are many reasons to dislike many politicians. From fundamental disagreements over policy matters to simply,

I don’t know, their general tone of argumentation. He’s such a smug smart-aleck. I just don’t care for the cut of his jib.

And then there’s Councillor Giorgio Mammoliti.

If there’s a more loathsome politician at work today, I would be very interested to hear about them. Actually, no. Scratch that. Spare me the details. I’ve had my fill of vileness, following along with City Hall these past four years.

It takes some doing, in this the Age of Crack Mayor and His Numbskull Brother-Councillor-Consigliere, to outdo the prevailing degenerate tone of discourse and governance. But hey. Giorgio Mammoliti has proven himself up to the task.

His latest foray into dim-witted fuckery is his continued entanglement with the Muzik club and electronic dance music doings down at Exhibition Place.

It is hardly worth delving into except to say it’s all about vested interests, and a business that has close ties to the mayor and the rather unsavoury side of his time in office. Booze, drugs, barfing.

Why Councillor Mammoliti has taken a special interest in the situation is anyone’s guess. It’s the way he’s gone about it that is beyond shameful. Reprehensible does not go far enough to describe it. Like the mayor he’s so strategically defended, this is a man who apparently operates without any sense of shame.

“Given the many issues surrounding children relating to these events [EDM parties] there should be great concern over the fact that the neighbouring Parkdale is home to one of the highest concentrations of registered sex offenders, including pedophiles, living in the City of Toronto,” the councillor wrote in a media release ahead of last night’s community consultation. “With ‘all-ages’ parties being held next to a pedophile district we are simply encouraging the continued abuse of our children. Given the rampant alcohol and illicit drug abuse and poor security, our children can fall victim to peer pressure participating in these activities or becoming victimized at the hands of current and past pedophiles. It is a disaster waiting to happen. The question needs to be posed to the Parkdale representative, Councillor Gord Perks, who has publically condoned the all ages promoters – why are you advocating for children and adults to be partying together right next door to your ward which has one of the largest concentrations of registered sex offenders in the city? Who are you really representing? This is about much more than a dance party.”

This guy. This fucking guy. Councillor Giorgio Mammoliti is the reason some people think so poorly of local representation.

Why doesn’t Toronto have more legislative power to decide its future? Because Toronto keeps electing the likes of Giorgio Mammoliti is why. That guy. That fucking guy.

Set aside for the moment how mired in ethical lapses Mammoliti is currently. On trial for campaign finance violations from his 2010 election campaign(s). Allegations of an illegal fundraiser held for him last year. Below market rent on an apartment owned by a developer who does business with the city. Just last week, he had re-election signs up nearly 4 months before the allowed date. The dude simply does not abide. By any rules he finds inconvenient.

Clearly, he doesn’t abide by acceptable methods of debate either. Rolling around in the goo of darkest paranoia, tapping into our worst fears and prejudices, 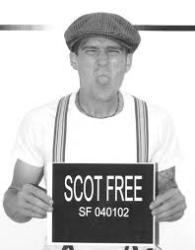 he has little compunction tossing around rhetorical pipe bombs just for the sake of it. The sensational sake of it. Giorgio Mammoliti engages in distressingly nasty outbursts of bile because that’s the only way he can get noticed. If there was ever a time in his political life where he contributed positively, it was a long time ago and even then, you’d be hard pressed to point to many examples of it.

Giorgio Mammoliti does what he does because he’s never had to face the consequences of his actions. There are no repercussions for him. Despite delivering up little more than nonsense and malevolent parochialism throughout his nearly quarter of a century — yes, Giorgio Mammoliti has held elected office for almost 25 years, yes, 25 years – he continues to be rewarded by the voters in Ward 7. Nothing could be better for the tenor at City Hall if 2014 was the end of that improbable and destructive run.

Giorgio Mammoliti needs to be chased from office.

If you’ve ever needed a reason to become politically active, if you’ve found yourself fed up but unsure of just how to go about making a contribution, find yourself a candidate who is running against Councillor Giorgio Mammoliti this year and donate some time or money or both to help defeat the incumbent on October 27th. You would be doing Toronto a great service.

— call to armsly submitted by Cityslikr

This entry was posted on Tuesday, June 17th, 2014 at 9:00 am and is filed under CBC, City Building, City Council, Elections 2014, Municipal Politics, Newspapers, Press coverage, Toronto Star. You can follow any responses to this entry through the RSS 2.0 feed. You can leave a response, or trackback from your own site.

2 Responses to This Fucking Guy