Where does the corruption start?

We have had a provincial election campaign full of corruption talk –

some may be legit, some of it shorthand for “We disagree with a decision that was made”. It is a word tossed around easily. Nothing hangs heavier on a public figure than the accusation of corruption.

An all-encompassing smear, corruption is. It doesn’t necessarily have to mean cash-stuffed envelopes exchanging hands in some hotel room although that’s kind of the image it evokes. No. Corruption can and often does simply mean putting politics, personal or party, before principle.

So the Liberal government at Queen’s Park faces the voters in tomorrow’s election, trying to run from the shadows of eHealth, Ornge, the gas plants. Rightfully so, too. I’ve heard very few, if any, defenders. 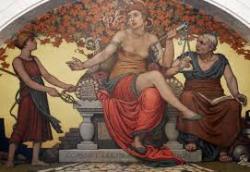 At the only leaders’ debate of this campaign, the Liberal premier, Kathleen Wynne, spent the first 15 minutes apologizing for her involvement in the billion dollar gas plant boondoggle, to use the parlance of our corrupt times.

Clearly, it is time for the Liberals to go. Clean house. Renew and regenerate.

“We endorse Tim Hudak, for Onatrio,” states the Toronto Sun. “A Conservative government for Ontario,” declares the National Post. “The Globe’s editorial board endorses Tim Hudak’s Progressive Conservatives,” proclaims the Globe and Mail.

There you have it. Three out of the four Toronto daily newspapers offer up their choice of alternatives to the Liberal government. 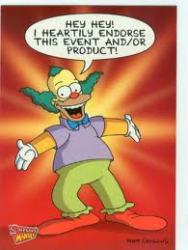 Tim Hudak and the Progressive Conservatives. Hardly surprising, for the most part, given that all three sit on the right side of the political spectrum. It takes some doing for a conservative politician or party not to secure their endorsement. Remember Rob Ford back in 2010?

It makes perfect sense. Except for just one small, niggling thing. The Progressive Conservative platform is built on a foundation of lies. Its signature set piece, the Million Jobs Plan, is total fabrication, debunked by everyone and anyone regardless of political stripe. Even the endorsements acknowledge it.

“We disagree with Hudak’s declaration he can guarantee one million jobs,” confesses the Sun. “Governments don’t create jobs.”

“But Mr. Hudak is also running on a platform of simplistic slogans,” admits the Globe and Mail. “The Million Jobs Plan has been rightly mocked for failures of basic arithmetic.”

Essentially, what these newspapers are suggesting to us is, get rid of this lying, corrupt, incompetent government and replace it with a lying, mathematically suspect party. Why?

I might even be able to forgive them their partisanship if Tim Hudak had stepped up and admitted to the accounting errors at the heart of his campaign centrepiece. But he didn’t. He brushed them aside with an easy, breezy ‘everybody’s got a theory’ nonchalance. All the glitchy campaign materials had been printed up. The TV ads shot.

What kind of government does the Toronto Sun, the Globe and Mail, the National Post expect Tim Hudak to form if he gets elected on the basis of deceit and a dodging of responsibility?

Isn’t this exactly what we’re angry at the Liberals about? That’s not what you might consider cleaning house. It’s more like changing tenants while ignoring the red flags in their letters of reference.

How can we demand that our politicians stop lying to us, stop putting politics before good governance, cease and desist with their corrupt practices when our very own opinion-makers so blatantly skirt around open and honest debate? At the heart of each of these editorial endorsements sits the uncomfortable truth. Some lies are preferable to other lies. When our side does it, that’s just playing the game, yo. When they do it? Scandalous and corrupt.

We can hardly expect ethics from our politicians when it’s a practice we don’t adhere to ourselves.

This entry was posted on Wednesday, June 11th, 2014 at 9:00 am and is filed under Newspapers, Press coverage, Provincial Election 2014, Provincial Politics, The Globe and Mail, The Toronto Sun. You can follow any responses to this entry through the RSS 2.0 feed. You can leave a response, or trackback from your own site.