Earlier this week, as part of our Municipal Election 2014 Wards To Watch series, we wrote a few words about Ward 17 Davenport councillor,

Cesar Palacio. While certainly not flattering, it could’ve been so much worse, in our judgement, since we were writing about, well, Cesar Palacio. Still, we received a couple forceful replies in the councillor’s defence (here and here), both calling us out for being fact unfriendly, and suggesting we try to employ a little something called ‘research’.

One (which may or may not have come from a former employee of Councillor Palacio’s; we’re still waiting for a response to our enquiry about that) asked a very direct question: This is journalism?

Of course it isn’t. As least as I understand the term which itself is kind of interesting because I think we all have a slightly different interpretation of what constitutes journalism.

Like pornography, we might not be able to define ‘journalism’ but most of us recognize it when we see it.

[Stops. Eyes narrow at the suitability of the above analogy. Continues on.]

What this is, what I’ve always imagined it to be, may go back further than our notion of journalism, perhaps to the very roots of modern journalism, if my grasp of the history can be trusted.

Back in 2009, while deep into my epic poetry phase, I was reading a biography of John Milton. Best known as the author of Paradise Lost, during his lifetime he would’ve been seen more as a political prose writer, a staunch defender of republicanism, divorce and a separation between church and state. Such views almost cost him his life when Charles II returned to the monarchy and was looking to exact some payback on those seen as responsible and sympathetic to the execution of his father 11 years earlier.

See Milton’s The Tenure of Magistrates and Kings. 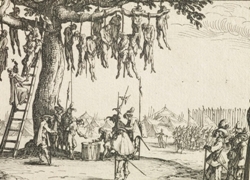 via the interwebz. Not just from big name online publications like Salon and such but through these things the kids were calling blogs. Hullabaloo and Sadly, No! were a couple of my favourites. (HTML Mencken remains one of my favourite pseudonyms, a tradition, for all you anonymous haters out there, that goes back centuries, even before the advent of all this computer gadgetry.)

2009, the summer of it in fact, was also when you might remember Toronto enduring the indignities and tumult of a municipal outside workers’ strike. Some things struck me at the time. Firstly, we as a society had become incredibly soft, easily outraged at being in any way slightly inconvenienced. How dare they put upon us so! Garbage in our parks! The stench! Won’t someone think of the children!

Secondly, at the strike’s conclusion, we were immediately told that the administration had caved to the unions, given them the keys to the vault, blah, blah, blah. The fact that this wasn’t quite true seemed to have no bearing on the volume and frequency with which it was broadcast. It’s a sound bite still reverberating today, 5 years on, giving an undeserved fiscal bump of credibility to many who hardly deserve it.

Thirdly, it became clear to me that then mayor David Miller was being ridden out of town on the rails in a disturbingly orchestrated fashion. I was, and remain a fan of David Miller, and still believe it to be a travesty how his record and legacy has been wilfully and deliberately distorted, much to the detriment of this city. Does that mean I think he and his administration were perfect? I won’t even dignify that possible straw man of a question with a response.

In the wake of Miller’s political demise, All Fired Up in the Big Smoke was born.

Now, why am I telling you this, spooling out our origin story, as the kids like to say about their fancy colouring book superheroes? Journalism. We ain’t that. Especially not the narrowly defined and hopelessly misguided version of it media critics like to trot out. Objectivity. He said but then he said. The truth is always somewhere in the middle.

We’re not even the truly good and noble form of journalism that Toronto has a lot of in its newspapers, radio, online. What you’re reading is a political tract. All subjectivity and polemic, based, we hope and endeavour, on the facts we’ve gathered along the way, the observations we make. The opinions we have about how this city is being governed, and the better ways to go about doing that.

This isn’t anything new or the result of modern technology.

Hell, if you think that somehow sites like these, all internetsy and free from editorial oversight, have somehow degraded the public discourse, you haven’t been following along for the last, I don’t know, 500 years. Politics has rarely been courteous or decorous or, ultimately, objective. Expressed political opinion even less so.

We here at All Fired Up in the Big Smoke welcome criticism and disagreement. Encourage it, even. Just don’t pretend or expect us to be something we’re not. Something that, in fact, might not exist or never, ever existed in the first place.

This entry was posted on Friday, April 11th, 2014 at 12:34 pm and is filed under City Building, Municipal Politics, Philosophical Musings, Press coverage. You can follow any responses to this entry through the RSS 2.0 feed. You can leave a response, or trackback from your own site.

8 Responses to On Self-Justification