I’m trying to get inside Deputy Mayor Norm Kelly’s head. 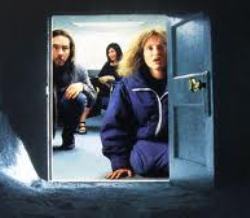 It’s not easy, what with all that new staff scheduling and numbers crunching going on in there, fighting for space with the massive amounts of climate change skepticism material, much of it from Russian researchers. There’s just not a lot of room.

So I remain stumped as to why it is he, in his new found position of council appointed power, would want to make the island airport expansion a priority. “I’ve always been a strong supporter of the City Centre Airport,” the deputy mayor told the National Post’s Natalie Alcoba. “So, if that comes on the agenda I will do my best to garner support [for Porter’s proposal to lengthen the runway].”

Personally I’ve never been a strong supporter of the island airport, for many of the same reasons laid out early on in All Fired Up in the Big Smoke’s existence in a post by then contributor, Urban Sophisticat, I Got The TPA Porter Air Blues. The backroom influence by monied interests. The constant project creep by incremental stealth.

And nothing about the current expansion plans makes me feel any different.

But I’m willing to be convinced otherwise. It is a debate city council will have to have. Again. Possibly as early as the next council meeting in December.

I just don’t get why the deputy mayor thinks it’s a priority.

Surely he must be cognizant of the trauma, let’s call it, this city’s recently gone through at a political level. He’s supposed to be the steady hand bringing a calming influence in his caretaker role. Why would he squander the opportunity to display all that when Ms. Alcoba asks him, What will be your priorities, policy wise, for this year that we have left?

My priority, Natalie, is to continue on with Mayor Ford’s agenda of low taxes, customer service and transparent and open government.

All eye-rolling bullshit, of course, but hardly controversial or divisive at this point of time.

Eminently shruggable. Yeah. OK. Steady as she goes. Let’s get on with it.

Instead the deputy mayor takes a stand in front of what might be the most combustible item left on this council’s agenda and begins waving a red cape in front of it. Hey. I know what this council needs right now. A highly contentious, combative debate that’ll really goose the downtown-suburban divide that has been absent from our civic debate for at least 24 hours now.

While he’s at it, Deputy Mayor Kelly might as well revive the Sheppard subway battle too. Summon the private sector! Attention Dr. Gordon Chong!

What’s the man’s angle on this?

Is he looking for something special to mark his time as pseudo/kinda/sorta mayor of Toronto?

A signature piece of infrastructure that will scream, Norm Kelly Was Here! Others said it couldn’t be done but Deputy Mayor Norm Kelly got it done. Jets Now Be Flying From Here.

Or maybe he’s just found a cause where he can thumb his nose at all those climate change extremists who haven’t taken the time the deputy mayor has in thoughtfully reading through all the literature that poos poos the work done by legitimate scientists on the subject. Surely you don’t think jet travel contributes in any way to the change in climate that may or may not be actually happening. I hear the weather’s quite pleasant in Tennessee this time of year.

A more likely explanation is that after, I don’t know, 90 years on the political scene, most of them as a city councillor, Norm Kelly doesn’t have the foggiest idea of what his priorities are in terms of governance. Nobody’s ever asked him that question before. If they had, well, maybe, hopefully, he wouldn’t still be in office. Do you think his constituents in Ward 40 Scarborough-Agincourt, about as far away from the island airport as you can get while still living in the city of Toronto, 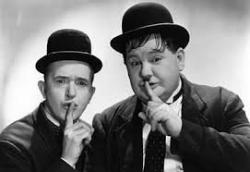 consider the runaway expansion to accommodate jet travel from the island to be some sort of priority?

The deputy mayor needs to remember that he’s found himself in this peculiar position not through any sort of merit or exemplary service in the line of duty. He was a second choice by guy running out of choices, with a track record of displaying monumental bad judgement. That’s not exactly a ringing endorsement to go out there and give `em hell.

No. Deputy Mayor Kelly needs to do nothing more than speak only when necessary, in that somnolent tone of his that usually signals bathroom break to those in the crowd looking on, and ruffle absolutely no feathers. Be that kindly grandfather we always see in Christmas commercials who, if not wise, at least understands the grandkids have just been dragged through a messy divorce, their warring parents knifing their marriage right there on the kitchen floor.

They need nothing more than a little consoling, a little peace and quiet, still prone to startling at loud noises as they are.

Your priority, Mr. Deputy Mayor, is to restore a little sanity at City Hall. Nothing flashy. No sudden moves and certainly no picking at the scabs of recent wounds. The mark of success of your tenure at the helm will be if, come next October, nobody remembers that you were actually there.

This entry was posted on Thursday, November 21st, 2013 at 9:00 am and is filed under City Building, City Council, Municipal Politics, Newspapers, Press coverage. You can follow any responses to this entry through the RSS 2.0 feed. You can leave a response, or trackback from your own site.

6 Responses to Keep It Quiet, Kelly