Populism’s In The Eye Of The Beholder

I’ve been trying to figure out if the notion of ‘populism’ has always been one best treated with, 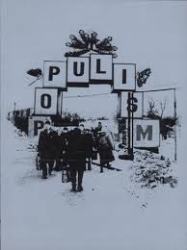 if not a dose of suspicion, at least with a grain of salt.

In theory, it sounds both noble and desirable. The most basic definition seems like something every democracy should strive toward. An egalitarian political philosophy or movement that promotes the interests of the common people.

Certainly this fundamental tenet of populism has served as the backbone, at least initially, of various important socio-economic movements throughout history. The Reformation. The French Revolution. Anti-colonialist uprisings in Latin America.

Too often it seems populist movements descend into some sort of rigid, anti-democratic, cult of personality that winds up acting against its basic principle ‘promoting the interests of the common people’. I immediately think of the reign of terror in France paving the way for the ascent of Napolean. Mao in China. 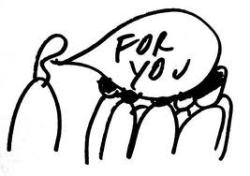 Hell, even the Nazi’s initially promoted themselves as a populist movement, opposed to the elites who destroyed the greatness of Germany.

This dangerous undercurrent of populism can be seen in the definition of it by Daniele Albertazzi and Duncan McDonnell in their book 21st Century Populism.

an ideology which pits a virtuous and homogeneous people against a set of elites and dangerous ‘others’ who are together depicted as depriving (or attempting to deprive) the sovereign people of their rights, values, prosperity, identity and voice.

Stated as such, you can see populism’s goal posts moved. From the storming of the Bastille in reaction to the cruelty of the self-proclaimed divine right of kings and Martin Luther’s nailing of his 95 Theses to the church door in protest of the excesses of the Catholic church to something less tangible and reeking of reactionary xenophobia. 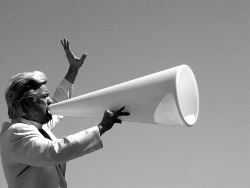 Where liberals, intellectuals or pick your dark-skinned foreigner of choice here replace an actual unaccountable, powerful sort of oligarchy as the target of resentment and rage.

Followed closely by our own mayor, Rob Ford.

Toronto’s very own Tea Party populist, always looking out for the little guy against the elitist cabal of downtown dwelling, bicycle riding, unionized, anti-casino and island airport, pro-LRT media maggots types who hate Tim Horton’s. It’s almost as if he read Albertazzi and McDonnell’s book in order to become the perfect populist although we know that’s not possible because populists don’t read books.

The hope, at least for those of us painted as the ‘other’ by the mayor’s populist brush, is that the sheer hypocrisy of the man’s claim to be looking out for the little guy is eventually exposed as nothing more than a mendacious construct. That his voting pattern to cut and gut services, to reduce the size of local government, to flat line the operating budget will eventually smoke him out as the actual anti-populist he is. 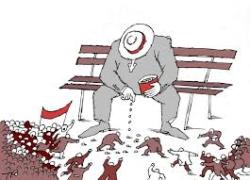 Sooner rather than later, enough people will see that he’s merely mouthing populist sentiment while actively trying to undermine it.

But here’s where populism gets tricky. When a particular strain of it gets associated with one individual, it becomes less issue oriented and more personality driven. So the debate in Toronto isn’t about Mayor Ford’s record in office. It’s about attacks on the mayor himself and, by extension, those who still support him.

This isn’t being fought on the merits of any of the plans. If you support Mayor Ford, regardless of where you live in the city, you support the subway. Those who don’t support it, don’t support it solely because they oppose the mayor and for no other reason. The good, enduring people of Scarborough are being deprived of their rights to a 1st-class mode of public transit that downtowners enjoy in spades.

Mayor Ford and a Scarborough subway meld into one entity in this debate. Le metro du Scarborough, c’est lui.

Once people throw their support behind someone claiming to be a populist representing their cause, 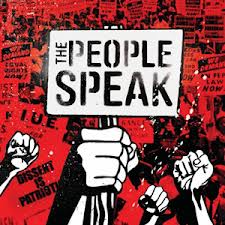 it’s difficult to dislodge them from that camp. It’s one thing to turn on a politician you once voted for because they didn’t live up to the promises they made. They lied. They abused your trust in them. You have every right to turn your back on them.

But when you’ve identified with a candidate as being just like you, representing your interests and just generally looking out for you, that’s a tougher relationship to walk away from. It calls into question your judgement of character. It’s not a question of being deceived or lied to. You were wrong.

Who likes to admit that?

So wily politicians wrap themselves in the plaid flannel shirt of populism in the hopes of gaining, not voters’ trust, but loyalty. Some throw big BBQs and invite every aspiring member of Ford Nation over to share some beer, burgers and personal data. Ford Fest. Some make videos of themselves out shaking hands on the street, arm wrestling celebrities, posing for pictures. Some call the video The Summer of Ford.

This sort of populism isn’t about the politics. It’s certainly not about the people in the traditional sense of the word. It’s about the person. 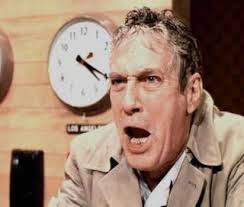 It’s about that person and your connection to them and membership into the community of others who see themselves and their struggles in that one person.

It’s where politics get very, very personal and rarely operates on a rational level. It’s no longer an arena of battling ideas. It’s a feud between clans.

And those kinds of contests rarely get settled with a firm handshake and a compromise. To think we can change the local dynamic by quiet reason and soft persuasion, may just be under-estimating the pull personal populism exerts. As the mayor’s brother once pointed out, you can’t teach loyalty. You can’t break its bond easily either.

— down my nosily submitted by Cityslikr

This entry was posted on Monday, September 16th, 2013 at 4:55 pm and is filed under City Building, Municipal Politics, Philosophical Musings. You can follow any responses to this entry through the RSS 2.0 feed. You can leave a response, or trackback from your own site.