Well, if there’s any better example of the thorny problems engaging with someone who’s a Mayor Ford supporter than Connie Harrison’s appearance at the Ontario Press Council yesterday I haven’t seen one. 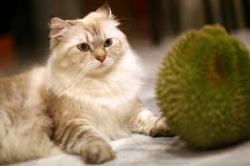 This is Connie Harrison writing in the Globe and Mail just over 3 years ago, nearly 2 months before the municipal election in which she voted for Rob Ford.

Now, judging from what I saw in her complaint against the Globe and Mail for the story that newspaper ran about Councillor Doug Ford’s alleged drug dealing days back in the 1980s, I’m guessing her backing of the mayor is soft at this point of time. In fact, it almost seemed as if she was begging the newspaper and those sitting on the council panel to put us out of our mayoral misery. She was willing to accept that maybe the Fords weren’t good for the city but needed more solid proof than anonymous sources or an alleged crack video.

If only the press in general and the Globe and Mail specifically would do their jobs properly.

Burn their sources! Go to the police with any incriminating evidence! Get some third party to go over their work!

Good on Ms. Harrison to take her grievance about how the Globe and Mail went about its business beyond just merely bitching about it or writing an angry letter to an editor. She got engaged, delivered a complaint and spoke out at the meeting. That’s 100% more than what almost 100% of us would do or have done. She should be applauded for her effort.

But… but… here’s the thorny part.

She’s wrong on almost every point of her complaint.

The use of anonymous sources is not the mark of tabloid journalism. Google ‘Watergate’. Sometimes there are very good reasons legitimate news sources want and or need to remain anonymous. Google ‘Edward Snowden’ or ‘Chelsea Manning’. 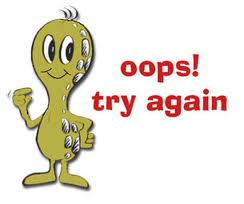 Even in matters of lesser import than national security, illicit drugs for example, reliable sources may want to keep their profile out of it even 30 years later. Yeah, sure. I smoked a little with Mr. X that we bought from Mr. Y. Is that right, Mr. Z. Let me jot that down in your personnel folder, shall I?

As was pointed out at the OPC meeting, the Ford brothers have a 2 hour weekly radio show that they’ve used to cast attack their political opponents. Who’s to say they wouldn’t do the same to anyone who came out on record with their recollections of youthful indiscretions in Etobicoke during the 1980s? Retribution doesn’t necessarily have to come in the form of physical intimidation.

And this notion of ‘burning your sources’, by which I guess Ms. Harrison means outing them, in order to prove the veracity of the story? Where do you even begin to address that? 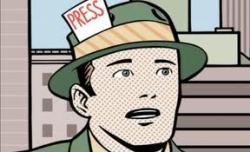 You start revealing your sources, you not only endanger them or threaten their livelihood but, from an entirely self-interested angle, your sources dry up. Nobody talks to you. Once that happens, any ability to deliver in-depth news or information becomes impossible. You wind up essentially writing press releases.

Ms. Harrison also wondered why if the Globe had evidence of any law-breaking on the part of Doug Ford, why it didn’t simply go to the police with that information. Seems only logical, if that were actually the job of the press or if we didn’t mind a free press in a democracy trading information back and forth with those with the power of arrest and detainment. Never mind the fact that if all this information was so readily available with some digging on the part of the Globe, why exactly the police didn’t know about it or – fingers collar here – didn’t act on that sort of information back in the day.

Such a skewed view of how journalism works and the role it plays in a functioning democratic society could be laughed off and mocked if it were coming from an obvious wide-eyed Ford-fanatic who’d swallowed whole the notion of a liberal media bias outside of the Toronto Sun and 1010 Talk Radio.

Connie Harrison didn’t come across as that. She seemed to want answers, to know if the man she proudly voted to be mayor back in 2010 and his powerful councillor-brother were fit to be governing this city. If the Globe and Mail could show her that they weren’t, Ms. Harrison struck me as someone who’d withdraw her support.

“Right now I still feel as though we’re in some backwoods county in the U.S.,” she said. “We’re still in limbo here.”

What Ms. Harrison appeared to be asking was for some clarity so she could make a decision. Are the allegations the press leveled at the mayor and his councillor-brother true? Yes or no?

Unfortunately, Ms. Harrison was demanding answers from the wrong side in all this. 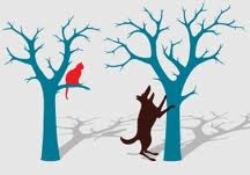 The press was simply doing its job, delivering information that in no way so far has been proven incorrect or libellous. The ones who haven’t addressed the matter in any manner suggesting they’ve been unfairly targeted and slandered are the Ford brothers. They are the ones the likes of Ms. Harrison should be directing her frustration at. They’re the ones who’ve left all of us in a state of limbo.

This entry was posted on Tuesday, September 10th, 2013 at 8:30 am and is filed under Elections 2010, Municipal Politics, Newspapers, Press coverage, The Globe and Mail. You can follow any responses to this entry through the RSS 2.0 feed. You can leave a response, or trackback from your own site.

5 Responses to Everybody’s In Limbo