Initial reports suggest that the driver of the truck in a crash with a bus yesterday that killed one person was on his cell phone at the time.

CBC’s Metro Morning host Matt Galloway was talking this morning about standing at the corner of St. Clair and Avenue Road last night watching as many of the drivers at the intersection were behind the wheel of their cars, eyes averted to their cell phones. Just this past weekend while riding along Queen Street I was stopped by a line of traffic, waiting for a car to back into a parking spot. The van immediately behind it gave no ground despite having lots of room to reverse and make the process that much easier. What an asshole, I thought. When the car finally did get into the spot and traffic picked up again, I rode past the van and noticed – yeah, you guessed it – the driver was staring deep into her cell phone.

What a fucking asshole.

Using a hand held device while operating a motor vehicle is illegal in this province. Everybody knows that, yes? Yet you can stand at the side of the road, any road in this city at any time of the day, and count the number of distracted drivers using their cell phones, and need more than two hands to do it.

It’s clearly a law more in theory than in enforcement.

What is it about drivers who do this that makes them think their lives are so important to simply ignore the rules of the road? I know, as an occasional driver myself, that there’s a certain sense of sovereignty when you find yourself in the driver’s seat, all those cool car commercials streaming through your mind, Steve McQueen in Bullitt. The rules apply to other guys. I know how to multitask.

Most of us are guilty of speeding, making an illegal left turn if we think nobody’s watching. Hey. Backing up the wrong way on a one way street is practically driving the right way.

Our transgressions on the road are surprisingly free of fatalities in most cases. 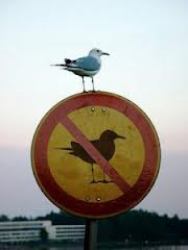 Driving a car and interacting on the streets where cars are driven is like constantly dodging bullets. One mistake, misjudgement or distraction on one person’s part is all it takes for one life altering moment.

“She was not only speeding in the school zone,” recounts a woman in Werner Herzog’s documentary, From One Second to the Next, “but she’d also run the stop sign because she was texting.” In that moment, an 8 year-old boy was run down and would live the rest of his life in a wheelchair and ventilator, paralyzed from the diaphragm down.

“Shortly after the accident, it was pretty rough,” says a man who was responsible for the deaths of three people in an accident he caused texting to his wife while driving. “There was a lot of tears, a lot of ‘why did this happen?’”

Why did this happen? Because he was texting while driving. It was no accident unless the definition of that word only means an outcome with unintended consequences. Most people driving their cars and checking their email don’t intend to run over that little boy or smash into oncoming traffic. It just happens sometimes.

But let’s stop calling it an accident. It is an entirely preventable result of someone choosing to ignore the law and risk the lives of others for entirely selfish reasons. That’s more the definition of a sociopath. Think I’m being melodramatic? Look the word up. But not while you’re driving.

This entry was posted on Wednesday, August 14th, 2013 at 12:30 pm and is filed under CBC, City Building, Killer Cars, Newspapers, On The Road, Press coverage, Provincial Politics, The Globe and Mail. You can follow any responses to this entry through the RSS 2.0 feed. You can leave a response, or trackback from your own site.

2 Responses to It Can Wait