Things They Are A-Changing Back

(aka Cars Go Fast!), both councillors Gord Perks and Adam Vaughan talked about the positive aspects of a congested city. “I don’t want to live in a ghost town,” Perks said. “I want to live in a vibrant exciting place where I’m meeting people on the street and saying hi.”

Naturally this brought howls of derision from the likes of the Ford Bros. and Councillor Giorgio Mammoliti. “Congestion is not good,” Mammoliti declared, “and if you suggest that it is, blow your nose because it isn’t. Clear yourself.”

The councillor then went on to introduce a mocking item that would revert everywhere south of Davenport back to the 19th-century, complete with dirt roads and period customs. Funny, for sure. Giorgio can be a funny guy at times. 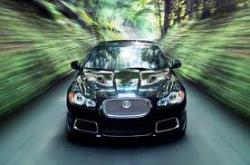 But it also revealed a couple other telling aspects about him and the car-centric crowd on council he runs with.

They cannot envision a city that doesn’t prioritize the use of the private automobile. It’s completely alien to them. Without our cars, without giving them easy and unobstructed access to go wherever they want, whenever they want, as quickly as possible with the least amount of hassle, we might as well be living in the pioneer days. Before cars, there were only horses.

Their reaction to the congestion statements by councillors Perks and Vaughan also displayed a fundamental incuriosity to what is a fairly counterintuitive idea. Instead of standing to ask for some sort of clarification – Congestion is good?! What the hell do you mean by that, councillor? How could congestion be good? – they just rolled their eyes and laughed in disbelief.

Councillor Mammoliti even suggested that statement would come back to haunt Councillor Perks.

Congestion is good? How stupid is that?

But stop to think about it for a moment.

Councillor Vaughan brought up the image of downtown Detroit. No congestion there, apparently. Drive from one side of the city to the other, free of bumper-to-bumper traffic. The wind in your hair. The wide open road.

Perfect for quickly getting from point A to point B but you wouldn’t want to really live or visit where there’s nobody or nothing going on, right? A ghost town versus human congestion, let’s call it.

That’s far different than the spectre of congestion Councillor Mammoliti is trying to evoke.

No one believes the gridlock that has bogged down commuters and the movement of goods throughout the GTAs as something that’s good. To pretend that’s what councillors Perks and Vaughan were suggesting is either deliberately obtuse or pure political calculation.

Like Mayor Ford’s reaction yesterday to council giving the go ahead to ask the province to allow permanent residents to vote in municipal elections. “I think we have a good system,” the mayor responded. “It doesn’t make sense. How can someone that’s not a Canadian citizen vote?”

How can someone that’s not a Canadian citizen vote? How can congestion be good? How can anything that isn’t exactly how it is now or is exactly how I think it should be good or an improvement or in any way a positive sort of change?

cannot understand anything that deviates from their point of view, anything that challenges their perception of how the world works and how it might be made to work better. It’s rigid, ideologically hidebound and fundamentally incapable of arriving at any sort of compromise.

Unsurprising then that this gaggle of reactionaries finds itself occupying a smaller and smaller circle at city council. The backward brotherhood, united in a dislike of and disbelief in anything that smacks of them having to lead their lives in any way different than they always have.

This entry was posted on Wednesday, June 12th, 2013 at 1:11 pm and is filed under Better Ballots, City Building, City Council, Electoral Reform, Municipal Politics, Newspapers, Press coverage, The Toronto Sun. You can follow any responses to this entry through the RSS 2.0 feed. You can leave a response, or trackback from your own site.

5 Responses to Things They Are A-Changing Back