You know what the scariest word in English just might be? No, not anesthetist. 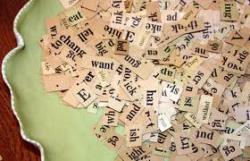 That’s the hardest word in English to pronounce but not the scariest. Unless, of course, you’re going in for surgery imminently.

People are averse – averse? adverse? averse? Again, tricky words. Not necessarily scary ones — to change. Even those most likely to benefit from a particular change are reticent.. reticent? hesitant? I’ve clearly thrown myself off here. Pick a word and run with it.

Our penchant is to view change warily, assuming it’s always going to be for the worse. This despite the fact that we are where we are, doing what we’re doing in relative comfort because of change and our ability to adapt to it. 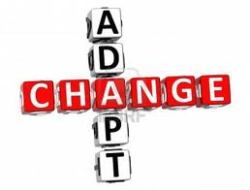 I mean, we could still be creatures flopping around in mucky goo, trying to figure how to breathe oxygen in through these things called lungs not gills.

This is not to say all change is beneficial and that we should simply embrace any new fad that comes our way. Change for change’s sake and other interior decorating maxims. I need a change, while usually indicating a desire to move in a positive direction, doesn’t automatically signal improvement. It could be a phrase uttered by a guy in a bar who’s been drinking rye-and-cokes all afternoon and he just wants to change to, I don’t know, rum-and-cokes.

It’s not about blind acceptance but the moderating measured space between that and an open hostility to any notion of change.

Speaking out against the proposed First Capital Realty development for the Humbertown strip mall on Tuesday, Mayor Ford clearly falls in the latter camp.

We Have To Move On But is the trademark phrase of the bonafide, heels-dug-in intransigent. Frankly, Etobicoke seems to be populated by such types. Look at their representation at City Hall currently. 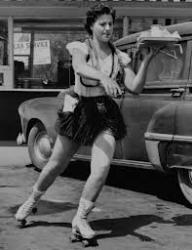 From the Fords to councillors Doug Holyday and Gloria Lindsay Luby, part of a historical lineage of obstructionist and obdurate municipal politicians fighting tooth and nail against the slow march of time’s encroachment into their neighbourhoods and pocketbooks.

Read Jamie Bradburn’s Historicist piece last week in Torontoist about the city’s west end politicians battling the building of a subway in the late 1950s. All the way to the Supreme Court! ‘Bamboozled’ is a familiar phrase to modern ears, a kissing cousin to boondoggle, and one used in reference to subway plans. “I am afraid these taxes [to fund subway construction] will tie people up so tightly it will make them move out of here,” said Long Branch Reeve, Marie Curtis, “the same as some of us moved from the city.”

“Don’t be misled by visionaries who would lead you to believe they see things the rest of us don’t,” decried York Reeve Chris Tonks.

That’s not an unreasonable statement if you’re talking about visionaries touting contact with occupants not named Hatfield of interplanetary crafts.

But it was 1958. Subways weren’t some new fangled technology about to be foisted upon an unsuspecting population. Cities had been building them for about century by that time. It was a question of figuring out how to pay for an established mode of public transit and putting it in the right place.

Intensification runs along a similar line of thinking.

Sprawl is no longer sustainable. These kinds of strip malls Humbertown represents are relics of a past that was guided by the idea of unlimited space and cheap fuels to get us to these far flung places. As a form of land use, they no longer make sense.

Defenders of the status quo proclaim that this isn’t downtown Toronto we’re talking about, but Etobicoke. But this isn’t Etobicoke we’re talking about, not the one of 40, 50 years ago in its leafy-streeted isolation from the hustle and bustle of downtown. Now a fully functioning inner suburb, its quaint dreams of a pleasant village life located miles and miles past the outer suburbs to the west and north that push it closer to the downtown many of the residents are trying to keep at a distance.

I don’t think it a coincidence this heavy resistance to such change comes from the mayor’s own backyard. I think it’s a sentiment deeply rooted in the notion of Ford Nation.

The city of Toronto has been undergoing demographic, cultural and economic shifts, accelerated by amalgamation. None of it particularly easy or cheap. But the face of the city is going to change with or without our participation. Probably not for the better if we simply choose to stand on the sidelines hoping it all passes us by without altering and costing us too much.

In 2010, a plurality of Torontonians, a healthy majority of those living in the inner suburbs and experiencing some of the biggest changes, decided to stand pat and with fingers crossed wait things out. Rearranging the furniture and painting the walls instead of undertaking a major renovation. Hopefully, no one gets too attached to the colour of the room.

This entry was posted on Thursday, May 16th, 2013 at 2:45 pm and is filed under City Building, Elections 2010, Municipal Politics, Newspapers, Press coverage. You can follow any responses to this entry through the RSS 2.0 feed. You can leave a response, or trackback from your own site.

4 Responses to Change Isn’t Always Worse Than The Alternative