[On Thursday, March 7th, Idil Burale and I will be hosting a discussion forum at the Academy of the Impossible called, Reimagining Toronto: Understanding the framework of urban/suburban politics. So this week at All Fired Up in the Big Smoke, we’ll be looking at some of the issues that make up the divide of such urban/suburban politics.] 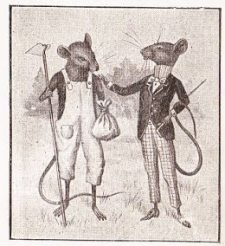 Last week after wiggling off another over sight hook at the Compliance Audit Committee meeting, Mayor Ford took some time to talk to the media. The Globe and Mail’s Elizabeth Church reported an interesting little tidbit the mayor passed along. “The suburbs, Etobicoke, North York, Scarborough,” Mayor Ford said, “these people are obviously right of centre.”

It is a wholly unsurprising view coming from a right of centre politician who doesn’t do nuance. A world that can simply be broken down into two camps, right/left, suburb/downtown. 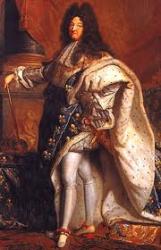 The statement is worth further scrutiny. Certainly the federal Conservatives made inroads onto Toronto’s electoral map last election, winning 8 of the city’s 22 ridings, all of them in the inner suburbs. But their counterparts at Queen’s Park were shut out both in the suburbs and downtown in the provincial election that followed less than half a year later. Twenty-two seats. Zero representation.

So I think it’s more accurate to say that ‘these people’ in the inner suburbs of the former municipalities Etobicoke, North York, Scarborough, York will vote conservative but it depends entirely on the situation. In the 2010 municipal election, they embraced Rob Ford’s conservatism. In the spring 2011 federal election, they were warm to Stephen Harper’s Conservatives. In the fall 2011 provincial election, they gave Tim Hudak’s PCs the cold shoulder.

At the municipal level, while the inner suburbs loved both Mel Lastman and Rob Ford, they weren’t vehemently opposed to David Miller. In the 2003 election, Miller won wards in York, Etobicoke and Scarborough.

When he was re-elected in 2006, the only wards he didn’t win in the city were the two in Don Valley West.

Despite Mayor Ford’s hope masking as a claim, there are no hard and fast political divisions in drawn along party lines in the city. Tendencies? Sure. But by their very nature, tendencies tend to be fluid, fluctuating on a case by case basis.

The key to Ford’s election success in 2010 had less to do with uniting Toronto’s conservatives under his banner than it did corralling the former suburban municipalities back into the fold. Four years earlier they had all supported David Miller and the Ford campaign artfully convinced them they were the worse off for it. Out of control spending all directed to the downtown. $12,000 of tax payers’ hard earned money spent on a retirement party for some councillor from downtown. 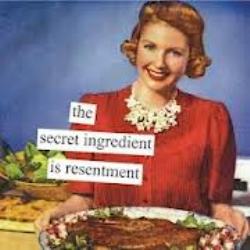 It was an appeal to geographic tribalism. Suburbanites unite! Put an end to the profligacy the downtown elite have been showering upon themselves for the past seven years.

Look at two of the key members of the mayor’s administration, Deputy Mayor Doug Holyday and Speaker Frances Nunziata. Fiscal conservatives for sure but also the last mayors of their respective cities before amalgamation, Etobicoke and York. These are two politicians steeped in the history of big ticket items like transit, police and emergency services being looked after by a second, city-wide tier of local government. A time also when senior levels of government were not absent on other issues like social housing.

City government for the likes of Doug Holyday and Frances Nunziata was about keeping property taxes low and programs provided on a pay-as-you go model. There was no need for all that spending they then witnessed as amalgamated councillors. What was good for their days in Etobicoke/York/North York/Scaroborough was good enough for the megacity of Toronto.

It is the gasping of the past unwilling to come to terms with the present reality. A city of 2.7 million people does not, cannot be run like cities a fraction of that size. Economies of scale give way to a critical mass. Big city. Big numbers. 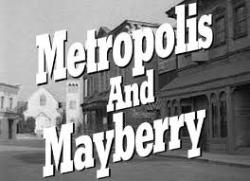 Attempting to roll those back is not some act of civic heroism but simply a dereliction of duty.

Councillors Holyday and Nunziata, along with the mayor and his brother and a few remaining hardcore loyalists remain convinced the amalgamated city of Toronto can operate in the frugal manner the former inner suburban municipalities did. Notwithstanding the glaring holes in the social fabric this approach brought about – high priority needs neighbourhoods, a lack of public transit, aging, malfunctioning infrastructure – this method of governance threatens the well-being of the entire city now. Rather than moving in a direction that brings issues of mobility and liveability up to higher service levels, the Ford administration is attempting to reduce them the barest of bones.

Conservative or not, I don’t believe that’s what voters signed up for when they backed Rob Ford in 2010. While urban-suburban differences may be many, I think on fundamental questions of fairness (no, subways are not about fairness) and good government, reasonable Torontonians, regardless of political stripe, can agree on the fact the Ford administration is delivering neither. That’s something a majority of this city should be able to unite around.

This entry was posted on Monday, March 4th, 2013 at 1:35 pm and is filed under Uncategorized. You can follow any responses to this entry through the RSS 2.0 feed. You can leave a response, or trackback from your own site.

One Response to Re-Imagining Toronto