Say what you will about Toronto lacking things like an adequate transit system or good governance, 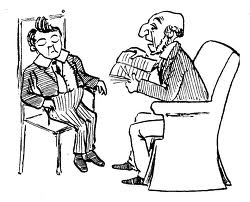 what it does have in droves is cautionary tales. Hardly a day or two goes by when some new news flashes across our screens that leaves us shaking our heads and muttering. Well, who didn’t see that coming?

Just this past week, Councillor Giorgio Mammoliti was in the thick of it again over loans he received from some business interests whose requests he championed at community council meetings in regards to billboards in his ward. At this point it doesn’t appear as if the councillor did anything wrong aside from look a little greasy. It’s just, coming on the heels of the compliance audit committee report that alleges some gross campaign over-expenditures during his 2010 mayoral/councillor race, bad optics abound. 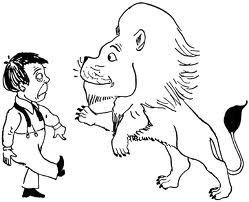 If you insist on being an unrepentant jag off, an epic asshole, drunk with power from sitting beside the mayor and flashing your thumb up or down to help forward his agenda on the council floor and signal you’re part of the in-crowd, expect a little pushback. Keep your nose clean, all your ‘i’s dotted and ‘t’s crossed if you’re intent on going out of your way to draw unwanted attention to yourself and openly bait those you disagree with. People are bound to start looking for dirt. And if they find even a speck of grime… Well, who didn’t see that coming?

Blatant opportunism doesn’t win you many friends either. Councillor Mammoliti’s about face from Rob Ford’s mortal council enemy to best friend forever as Ford’s popularity rose on the 2010 campaign trail didn’t go unnoticed. His dying fidelity when the mayor got into a little legal trouble manifested itself with Council Mammoliti bolting from the Executive Committee, and then awkwardly trying to shrug the move off with a bizarre conspiracy tale of covert left wing operations being conducted against him.

Now, in a tight spot himself, he’s left to dangle. Yeah, love to have your back, Giorgio, but, you know, you kind of abandoned me in my hour of need. With friends like that… Well, who didn’t see that coming? 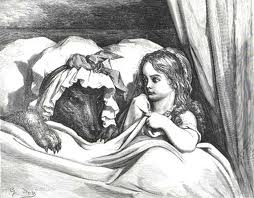 Being amenable to people when you’re on top because you never know who you might encounter on the way back down, and all that. While Councillor Mammoliti may’ve been the most egregious offender, Team Ford, pretty much to a player, couldn’t contain frequent noisy chest beatings and score settling, soured by their perception of being kept in the wilderness during the Miller years. In taking that low road, power must be maintained because, once lost, the crowd’s a little less forgiving, more inclined to help pull the rug out from under your feet rather than reaching out to keep you upright. That Kick Me sign on your back is a little hard to resist. And who didn’t see that coming?

Of course, a cautionary tale only really serves a purpose if its lesson is learned. There’s very little evidence the intended audience has been following along, taking notes, modifying behaviour. Any problems or missteps are not of their doing. It’s all the work of sore loser left wingers still unable to accept the outcome of the 2010 municipal election, yaddie, yaddie, yaddie. 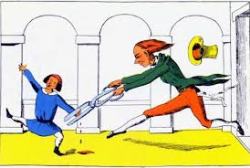 And so, the beat goes on. An endless loop of new allegations, denials and rebuttals that begin to sound the same after a while. Didn’t we hear this song-and-dance before? Our cautionary tales grow into epic sagas.

This entry was posted on Sunday, February 17th, 2013 at 3:17 pm and is filed under CBC, City Building, City Council, Elections 2010, Municipal Politics, Newspapers, Press coverage, Toronto Star. You can follow any responses to this entry through the RSS 2.0 feed. You can leave a response, or trackback from your own site.