This week we here at All Fired Up in the Big Smoke were voted a finalist in the blog category of NOW magazine’s Best of 2012 issue. What it means, none of us is quite sure. Pretty much old news by tomorrow but it did lead to one truly remarkable moment. Acaphlegmic bursting into the office, clutching an Old Milwaukee Tallboy to his chest, squealing, They like us! They really, really like us!!

For my money, however, it is an accolade best summed up by one of our regular and largely unimpressed readers:

I congratulate you on your now heralded contribution to discourse on the World Wide Web. More people should express their opinions online. It will surely lead to improved interaction and mutual understanding.

Yes, self-loathing will trump self-congratulation in my heart and mind every time.

But I will say this.

As we approach the three year mark of the establishment of this here blog, what started out as a journey of discovery, 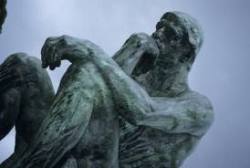 let’s call it, because none of us involved had any idea where this thing was going to take us (an answer still very much obscured from view) has morphed into something of a cause. This, of course, has much to do with circumstances beyond our control, namely the results of the 2010 election which were both unexpected and seismic. Like that, it became about defending the city we live in

The edifying aspect of that was the realization there were a lot of people coming to the same conclusion. A dedicated and growing group of individuals intent on participating in the decisions that were being made and holding our elected officials responsible for those decisions. Civic engagement has swelled, populated by smart, organized and resolute citizens and residents not just taxpayers.

It’s a movement that didn’t spring out of nowhere. There was a structure in place to build from. I’m thinking of the likes of Desmond Cole, Jonathan Goldsbie, Dave Meslin and Himy Syed (to name but a few) who were there holding politicians accountable and making demands of City Hall long before it became fashionable to do so. And (logrolling alert) alternative publications like NOW magazine that placed coverage of local issues front and centre.

They blazed the trail we are all now traveling down.

And before you get all defensive and outraged, calling this nothing more than a left wing, downtown elite circle jerk, echo chamber, let me say this. I do not think the Ford administration and those still supporting it are deliberately trying to destroy the city of Toronto. I really do believe they, like everyone else who gets involved in the political scene, want to make it a better place to live in. We just have a difference of opinion how to go about accomplishing that.

So, taking a moment for bi-partisan outreach, can we start making this discussion and debate about ideas and not slogans? Facts and data rather than resentment tend to build better communities. Sometimes a better deal for you personally does not make for a better whole.

If we’re accused of simply preaching to the choir — and the nod from NOW may help to highlight that claim — it’s not something we set out to do. We really do want the wider debate, to hear from those we’re not always in agreement with. Hopefully, that’s the next step forward in our evolution here at All Fired Up in the Big Smoke.

This entry was posted on Sunday, November 4th, 2012 at 12:49 pm and is filed under City Building, Municipal Politics, Newspapers, Press coverage. You can follow any responses to this entry through the RSS 2.0 feed. You can leave a response, or trackback from your own site.