“We now have a governance process that is no longer based on any recognizable principles.”

— Office of the Ombudsman Report, September 2012

Allow me to take exception to this assertion made by Toronto’s Ombudsman in a report delivered about some ‘irregularities’, let’s call them, in the civic appointments process made during our current term of city council. It might seem like a semantics quibble but I think it goes to the heart of how the Ford Administration has sought to govern since it was elected in 2010. In fact, there are ‘recognizable principles’ at work. Just not ones that we normally associate with a properly functioning democracy.

Those new principles can be summed up in a couple succinct sentences.

We won. We get to operate by our own rules.

Oh yeah. And there’s a PS

Suck it up, losers.

Reading through the report, you get this sense that the mayor’s office, operating at the height of its power in 2011, was both ad hoc in their approach to coordinating efforts with Committee chairs and relentlessly single-minded in their drive to bulldoze established processes in order to re-jig the governance structure to work in their favour. Politically ham-fisted interference with the civic appointments to boards hadn’t been done before, not because it was considered improper but because, well, maybe nobody thought to do it before. Don’t blame us for being innovative and creative.

It’s also hard to avoid concluding that there was an orchestrated attempt to put undue pressure on city staff in order to short circuit the established process for properly vetting, screening and nominating qualified candidates. First, delay things. Pass a budget that further trims resources that staff have to do their work thoroughly. Then, unnecessarily shrink the timeline, thereby guaranteeing a rushed, less vigorous and, quite possibly, compromised outcome.

Hey. Don’t look at me. It’s not my fault staff can’t do their job.

The report’s conclusion are damning, showing a willful disregard for protocol. Outcome trumped everything. Ends justifying the means.

Some 50 findings from the Ombudsman, and quite a few doozies.

“This investigation revealed that the process for recruitment and selection of citizen members to boards did not follow the requirements set out in the Public Appointments Policy.”

“City staff’s ability to carry out their responsibilities under the Policy was compromised.”

“There were insufficient resources particularly when the timelines changed.”

“While staff articulated concerns to the Committee and to the Mayor’s Office, they were put in an untenable position. On the one hand, public servants have a duty to serve the best interests of the corporation and through it, the public. On the other, staff felt they could not refuse the directions given to them by the Mayor’s Office.”

“The compressed schedule imposed a considerable burden on staff resources, which were already limited and overloaded.”

“Staff did the job as directed in one week with the inevitable flaws that resulted.” 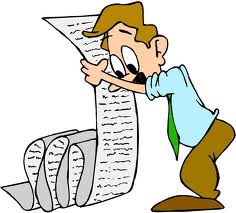 And on and on it goes.

In an article written today before this report went public, Matt Elliott wrote of scandal fatigue with Mayor Ford. He points out that the level of polled support for the mayor has remained fairly steady at 42% regardless of any good news or bad news that surfaces for him. Sure he’s done some questionable stuff but he’s also done some good stuff. I still support our mayor.

While I hope Matt’s wrong I fear he’s right. In a sensible world, the Ombudsman’s report should crater Mayor Ford’s support to irreparable levels. His ongoing disregard for the tenets of responsible, open and transparent government seem to know no limits.

I hope that those who were elected to city council along with Mayor Ford can now set aside any political calculations and do what needs to be done. Along with pushing forward the Ombudsman’s recommendations on the civic appointment process, they should collectively assume control of the Committee appointments from the mayor who seems more interested in pushing his agenda forward at the expense of the city’s best interests. It’s a to the victors go the spoils mentality that is now benefitting no one.

This entry was posted on Thursday, September 27th, 2012 at 2:48 pm and is filed under City Building, City Council, Municipal Politics. You can follow any responses to this entry through the RSS 2.0 feed. You can leave a response, or trackback from your own site.

2 Responses to A Damning Report